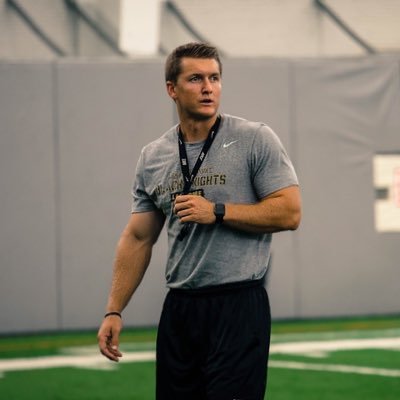 Rick Lewis, a captain for Ohio State men’s lacrosse  in 2015, joins the Buckeye staff as an assistant coach.

“I couldn’t be more excited to welcome Rick home to the Buckeye lacrosse family,” said Ohio State head coach Nick Myers. “He’s a man of high character, incredible energy and truly values what it means to be a Buckeye. I have no doubt that he’ll make an immediate impact on our young men and our brotherhood. I’m fired up to get him back in Columbus in the Scarlet and Gray.”

Lewis, who played in 43 games during his Ohio State career, was formerly a volunteer assistant coach at Army. The Black Knights had a combined record of 19-7 during his tenure and won the 2019 Patriot League Tournament title. Before COVID-19 cut the 2020 season short, Army was off to a 6-2 start.

During the 2020 campaign, Lewis took on many roles, coaching the goalies and face-off specialists while running the in-game substitution box and assisting with player development. His guidance helped goalie Wyatt Schulper finish No. 4 in the nation in save percentage (.617) and No. 2 in goals-against average (7.18).

“The Army lacrosse family is so appreciative of the energy and effort that Coach Lewis brought the past two years,” said Army head coach Joe Alberici. “His ability to connect and willingness to invest helped make all of us better.

“We wish him nothing but success as he moves to the Ohio State family. His alma mater holds a special place in his heart and I know he will make a positive impact on Buckeye student-athletes.”

Prior to his stint at Army, Lewis coached high school and club lacrosse in his home state of Georgia. Lewis was the offensive coordinator at Lambert High School, where he led the Longhorns to a state title in 2018, and the team finished with a perfect 22-0 record.

For his work at Lambert, Lewis was named the Georgia High School Athletic Association Assistant Coach of the Year. He also worked full-time in commercial real estate with Bull Reality in Atlanta, while he was coaching at Lambert.

When he was a captain for the 2015 Ohio State team, Lewis helped lead the team to its first Big Ten Tournament title game and defeated Duke in the first round of the NCAA Tournament. Lewis was voted an NCSA Strength and Conditioning All-American.

Lewis owns the distinction of being the only two-time hammer winner in Ohio State history. The hammer is passed down annually to a player who embodies toughness, and that player then carries the hammer everywhere they go, including to practice, workouts and on road trips. Lewis was given the hammer in 2014 by Mark Crawford and had it for both the 2014 and 2015 seasons. Other hammer winners include Kacy Kapinos, Jake Withers, Freddy Freibott, Logan Maccani and Jeff Henrick.

Also standing out in the classroom, Lewis was a three-time Academic All-Big Ten and a four-time OSU Scholar-Athlete who graduated in 2015 with his bachelor’s degree in communication.

Lewis  received the team’s Community Service Award in 2015 for compiling the most hours on the team. During his career, he totaled 44.5 hours with organizations such as the Special Olympics and Heinzerling Foundation.

Rick’s father, Rick Sr., was a two-time All-American at Rutgers, and they coached together at Lambert High School in 2018.

Lewis is excited to return to Columbus and coach Ohio State, which he views as home.

“The Ohio State University means so much to me and I’m thankful to have this opportunity to do what I love at a place that I love,” Lewis said. “I’m excited to say that I’m coming home.”