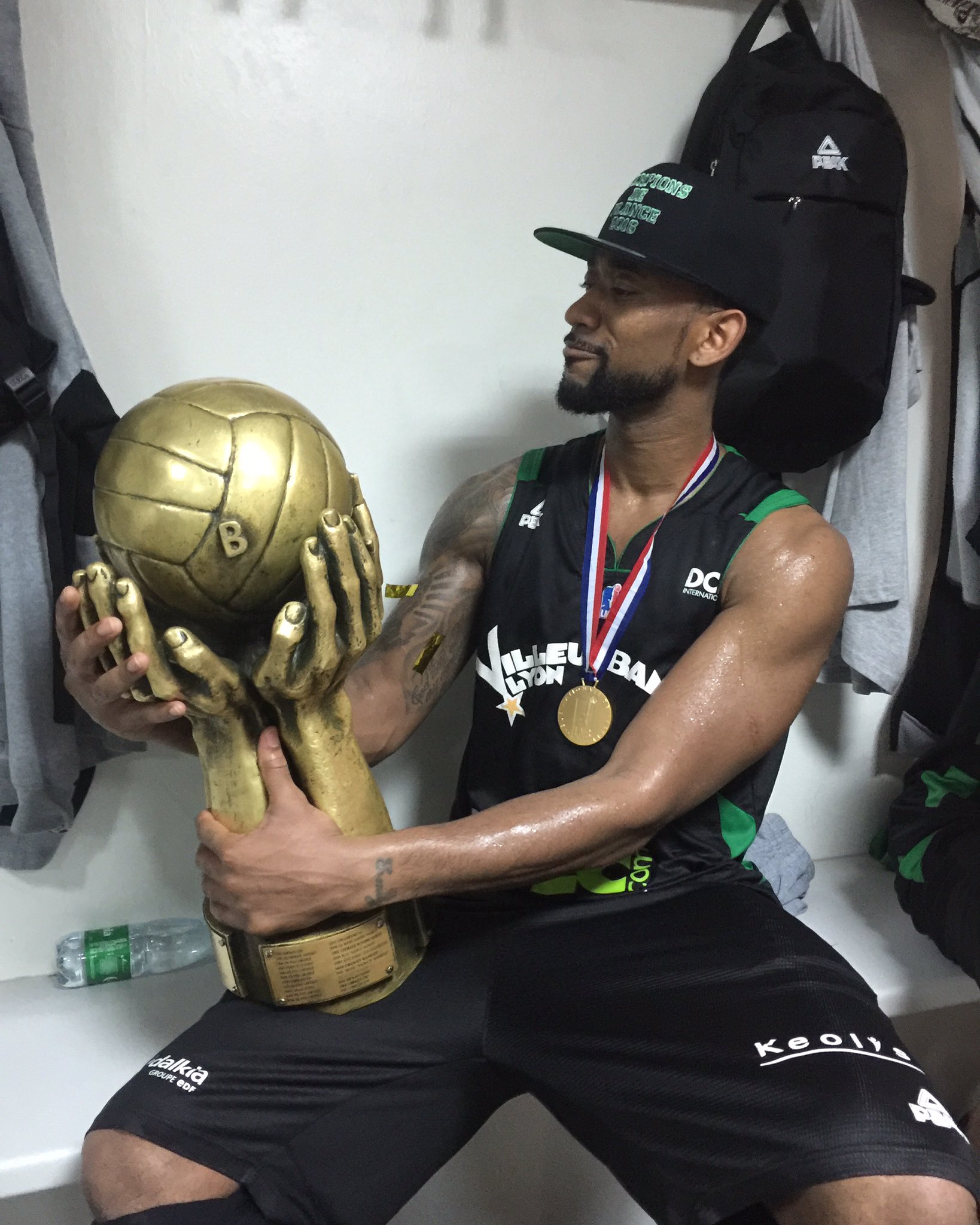 David Lighty, who was a standout on the Ohio State men’s basketball team during his time in the program (2006-11), signed a two-year contract extension with ASVEL Basket of the French Pro A League.

Lighty has played for ASVEL Basket in Villeurbanne, France (which is a suburb of Lyon) continuously since 2017. He also played with ASVEL, whose president is four-time NBA champion Tony Parker, from 2014-16. The new contract secures Lighty with ASVEL through 2024.

Coming out of high school, the Cleveland native was a four-star prospect, ranking No. 33 among all players and No. 13 among small forwards nationally. The 6-foot-5 small forward was the third-highest rated recruit in Ohio behind Kansas State’s Henry Walker and his classmate Cook.

Lighty started only seven of 39 games as a true freshman, averaging 3.7 points and 2.3 rebounds per game as part of the 2006-07 Buckeyes who lost to Florida in the national championship.

Primed for a breakout junior season, Lighty was derailed by a foot injury, which limited him to only seven games before redshirting in 2008-09.

Bouncing back in a big way, Lighty averaged 12.6 points, 4.5 rebounds, 3.0 assists and 1.6 steals per outing and shattered his career highs by connecting on 49.2 percent of his field goal attempts and 38.3 percent of his three-point tries. The standout season from the fourth-year junior helped propel the Buckeyes to the Sweet Sixteen.

The following season, Lighty helped guide Ohio State to a 34-3 record and the No. 1 overall seed in the NCAA Tournament as a fifth-year senior in 2010-11. However, the Buckeyes were upset by a talented  Kentucky team in the Sweet Sixteen. On the season, Lighty averaged 12.1 points, 4.0 rebounds, 3.3 assists and 1.5 steals per game. He shot 46.8 percent from the floor and a career-best 42.9 percent from three.

Despite a stellar career in Columbus, Lighty went unselected in the 2011 NBA Draft and took his talents overseas, where he has pieced together an excellent professional career. Lighty initially signed with Pallacanestro Cantù in Italy, where he was for a few months before moving to another squad in Italy, Guerino Vanoli Basket, where he stayed for the 2011-12 season.

Signing with Nanterre 92, Lighty moved to France for the 2012-13 season, where he played for two seasons after he did not make it in an attempt to join the NBA’s Atlanta Hawks. With Nanterre 92 in 2013, Lighty was an LNB Pro A All-Star on his way to winning a league championship, where he was named LNB Pro A Finals MVP.

Coming off a championship season, Lighty joined ASVEL for his first stint with the club ASVEL, which ended with an LNB Pro A championship in 2016.

Lighty played in the NBA Summer League with the New Orleans Hornets in 2016 before returning to Italy with Aquila Basket Trento. He left Trento in February 2017 and signed with Dinamo Sassari for the remainder of the year. In the 2017 offseason, Lighty returned to ASVEL, where he won another LNB Pro A championship, his third.