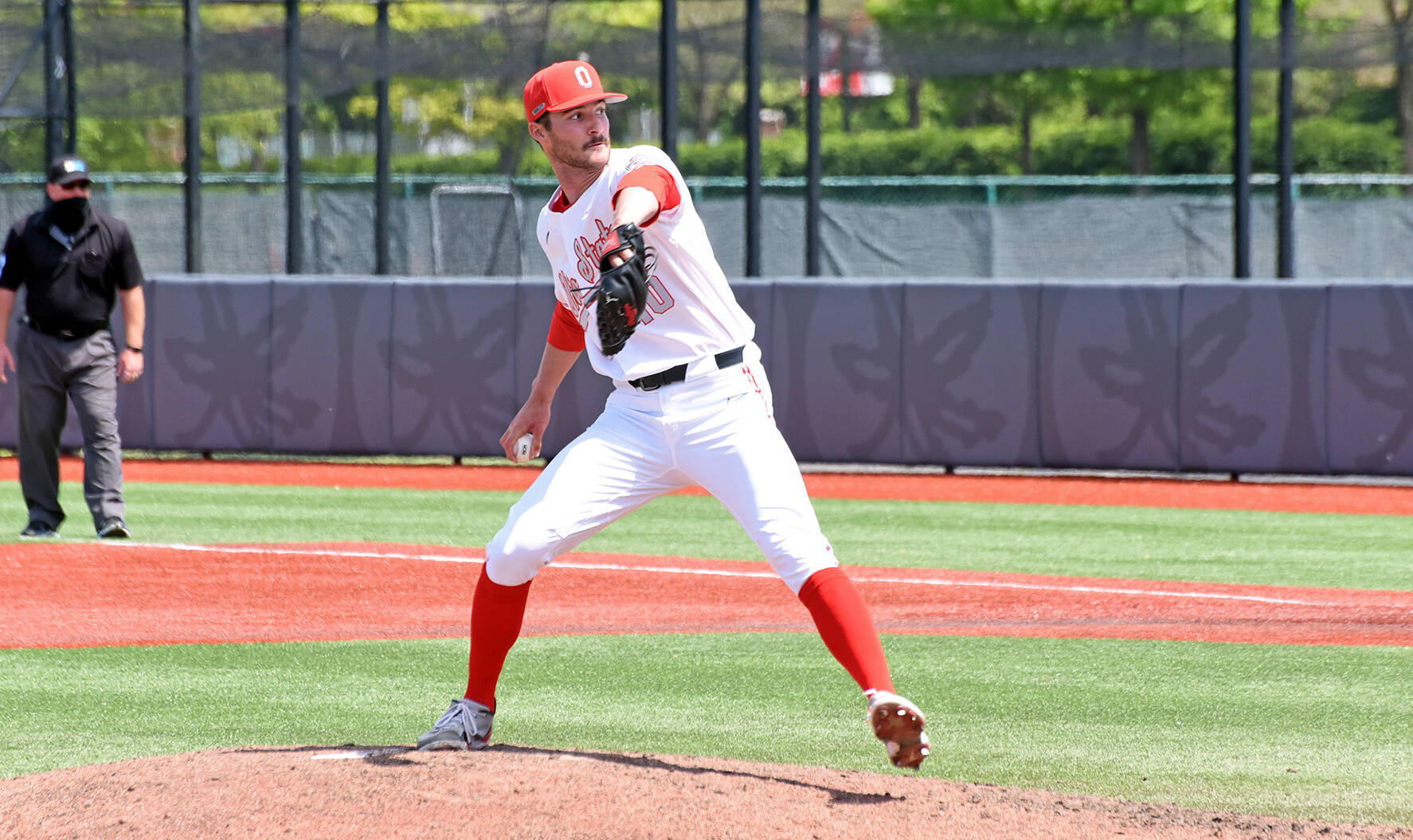 After two Ohio State pitchers’ names were called in the first 10 rounds of the MLB Draft this week, Jack Neely made it a third one round later when he was selected by the New York Yankees in the 11th round, No. 333 overall.

Neely only pitched with the Buckeyes for one season after spending time previously at Iowa Western Community College and Texas. While with Ohio State, Neely appeared in 12 games, including nine starts. He finished with a 2-3 record and a 6.10 ERA.

Where Neely shines is in his fastball, something that the 6-8 pitcher broke 100 miles per hour with on multiple occasions this season. It also helped him to 62 strikeouts in 41 1/3 innings.

“I would say, overall, my ability to overpower batters with my fastball (is my top trait),” Neely told BSB back in March. “I didn’t used to throw this hard; it was something I really focused on, it’s something that I trained to do. To be honest, I don’t really know how I do it. It just kind of happened and I’m very glad that it happened. Sometimes it even kind of surprises me, because I go out there and I’m not really thinking about trying to hit those numbers but it happens and let me tell you, I’m very happy that it does.”

This is something that Neely’s head coach, Greg Beals, agreed with in the press release highlighting the pitcher getting drafted.

“Jack’s a big, tall guy with a power arm. He’s fun to watch out there,” Beals said in the release. “The scouts see the big numbers and the power arm, and I think that’s going to get Jack his opportunity to go out and evolve his game at the professional level. His riding fastball plays well to the professional level, to the wooden bat and the higher strike zone in professional baseball.”

With Neely joining pitchers Seth Lonsway and Garrett Burhenn, who were drafted in the sixth round by the San Francisco Giants and ninth round by the Detroit Tigers, respectively, that makes it 110 Ohio State players that have been drafted since 1966. It also brings the number to 26 players drafted since Beals has been head coach, which dates back to 2011.

Though not likely, Neely, who was a junior, could still return to Ohio State to pitch next season.