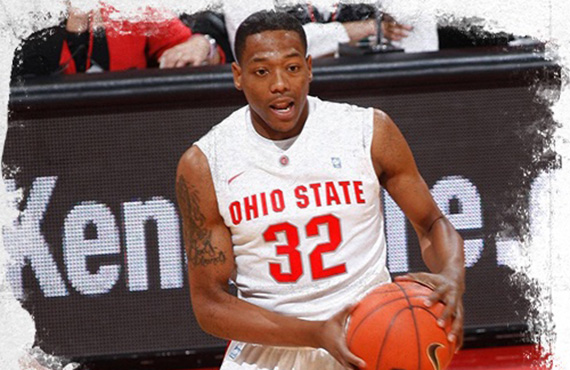 Guard Lenzelle Smith became the latest Ohio State alum to announce his intentions of playing for Carmen’s Crew in this year’s edition of The Basketball Tournament.

A former three-star prospect from Zion (Ill.) Benton, Smith averaged 7.7 points, 4.2 rebounds and 1.5 assists in 131 games with the Buckeyes (2010-14). He helped the program to four NCAA Tournament appearances, including a trip to the 2012 Final Four in New Orleans.

Smith will be reunited on Carmen’s Crew with guards Aaron Craft, William Buford, Jon Diebler and David Lighty and forwards Dallas Lauderdale and Evan Ravenel, as well as coach Jared Sullinger. The only players on the nine-man roster he didn’t play alongside in college are Otterbein alum Jeff Gibbs (1998-2002) and Illinois alum Demetrius McCamey (2007-11), while he missed general manager Evan Turner at Ohio State by just one year.

Smith currently plays for Hapoel Tel Aviv in Israel, where he averaged 11 points, 4.2 assists and 3.5 rebounds in 17 games until the season was put on hold amid the coronavirus pandemic.

The Basketball Tournament is a 64-team, single-elimination tournament with a $2 million prize. Ohio State alums have fielded a team every summer since 2017, though the group was initially called Scarlet & Gray.

After changing the name to Carmen’s Crew last summer to comply with Ohio State’s trademark and licensing department, the team won The Basketball Tournament with a 66-60 victory over the Marquette alumni Golden Eagles.

This year’s title defense is scheduled to begin with the Columbus Regional on July 23-26 at the Ohio State’s Covelli Center.