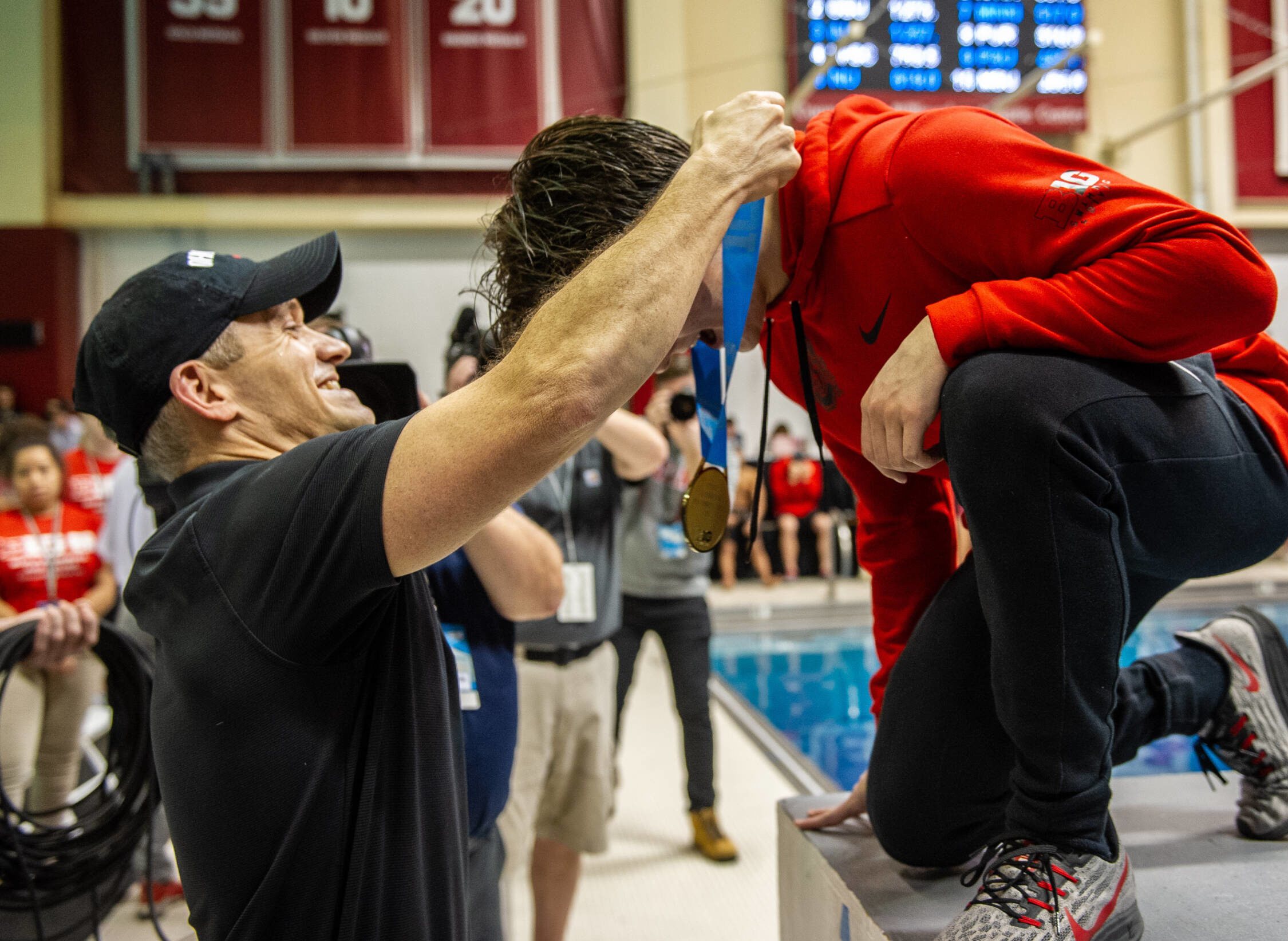 Sochor helped guide the Buckeyes to a second-place finish at the Big Ten Championships, marking the program’s best finish since 2015.

Since becoming a Buckeye in 2013, Sochor has coached two Big Ten conference champions, one national champion and nine All-Americans.

Guided by Sochor, standout freshman diver Lyle Yost finished in the top three in all three diving events at the Big Ten Championships. Yost won a gold medal in the platform competition.

For a March 2019 issue of Buckeye Sports Bulletin, we spoke with then-freshman Jacob Fielding about why he came from California to dive for Ohio State. The talented diver quickly pointed to Sochor and the culture he’s created for why Columbus was the place for him.

“When I decided to go to OSU I wasn’t looking at Justin Sochor as someone that could make me a champion,” Fielding told BSB. “Obviously, he has that résumé, and obviously, he’s going to do his best to make me like that, but I came to OSU looking for a family.

“And you can go to different programs, not to name names, but they are factories. And a factory — you can produce champions, you can produce gold-medal winners, obviously that’s on my mind.

“But the first thing that I want when I go somewhere new is I want to be able to make a connection with the people, and I want to have a lasting relationship beyond diving. Because it’s not going to last forever, and you know, I’d like to have friends after I’m done.”

Fielding said he made the right choice in March of 2019, specifically crediting Sochor for the “gnarly” culture and making Ohio State feel like home.

“Justin Sochor really fits my personality type, we’re all trying to get gnarly and have a good time while we’re doing it,” Fielding said. “That’s really what I was going for. No school in California could really offer what OSU had, or anywhere in the nation at that matter.”