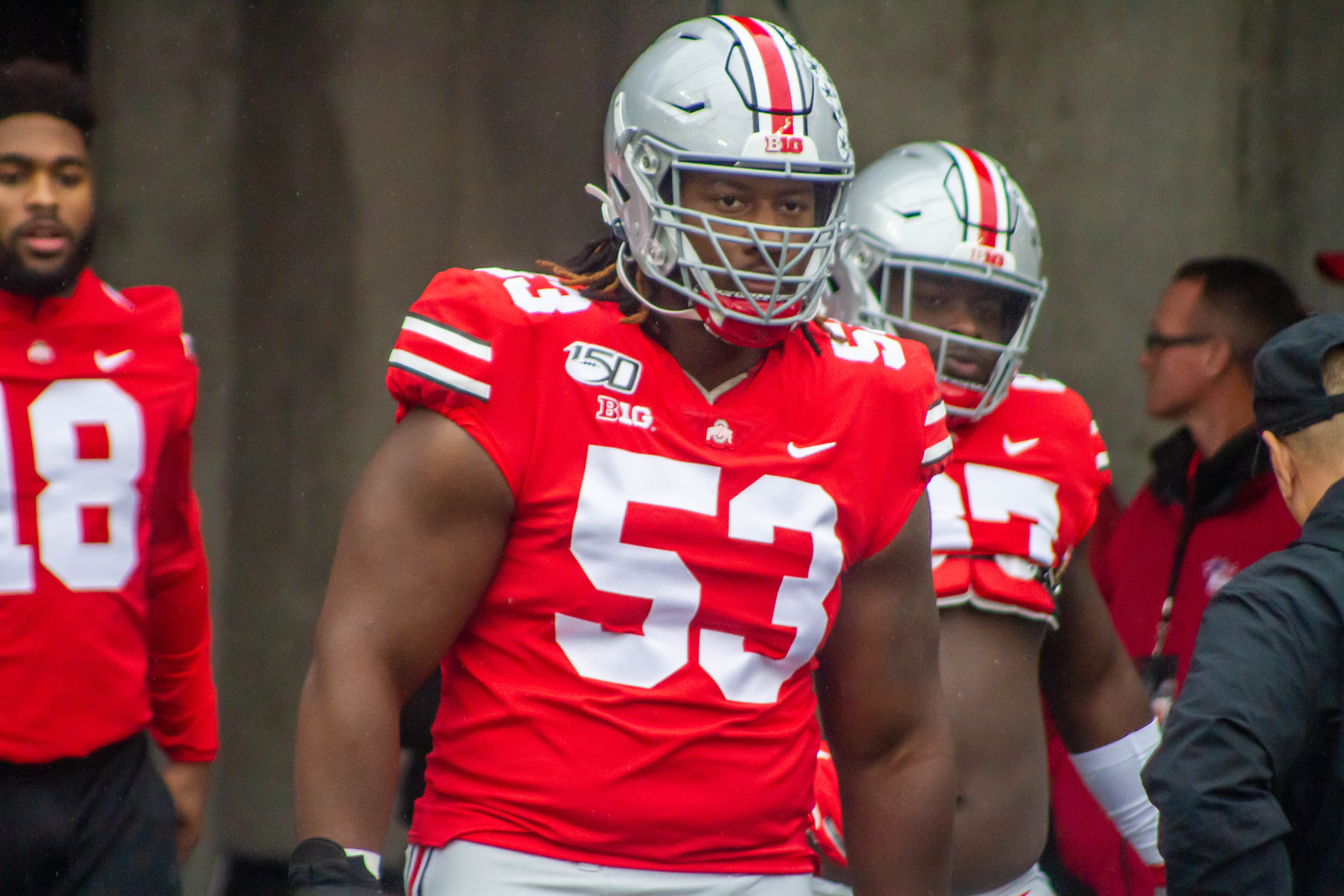 Former Ohio State defensive tackle DaVon Hamilton signed a four-year rookie deal with the Jaguars and will earn up to $4.82 million, per Field Yates of ESPN.

The Jaguars have agreed to terms with third round DT Davon Hamilton, per source. He'll earn up to $4.82M on the standard four-year rookie deal.

Hamilton was selected by Jacksonville in the third round (No. 73 overall) of the 2020 NFL Draft. The 6-foot-4, 327-pound interior defensive lineman is expected to contribute immediately along the Jaguars’ defensive front.

In his final year at Ohio State, Hamilton emerged as an elite force along a dominant defensive line for the Buckeyes. The Pickerington (Ohio) Central product totaled 28 tackles (18 solo), including 10.5 tackles for loss and six sacks, with one quarterback hurry and one fumble recovery to earn Third Team All-Big Ten recognition.

As a fifth-year senior, Hamilton helped lead the Buckeyes to the College Football Playoff with a 13-1 record in 2019. The powerful defensive tackle finished the season strong after picking up his first sack in the eighth game of the season against Wisconsin.

After being drafted, Hamilton said he hopes to continue his production at Ohio State in the NFL, which is not limited to statistics but can impact the game in numerous ways.
“I just try to create as much disruption in the back as possible, without the tackle or the sack or anything,” Hamilton said. “That’s just what was my role at Ohio State and now hopefully I can continue that in the league.”

As an athletic interior lineman, Hamilton has the ability to make plays against both the run and the pass. An example of his excellent ability as a run stopper came against Cincinnati in the Buckeyes’ second game of the season, shedding a block for a hard hit in the backfield.

Coming out of high school, Hamilton was only the No. 998 overall recruit and No. 63 defensive tackle in the nation for 2015. The former three-star prospect ascended to become one of the nation’s best interior lineman as a senior.

Jaguars general manager Dave Caldwell compared Hamilton to a “young version of Al,” referring to Al Woods and his ability to hold the point of attack. Jacksonville brought Woods in from the Seahawks as an offseason free agent.

“We really feel good about him,” Marrone said. “He is a big guy. We think he is going to get a lot better even though he is really good right now. You can see him on the move. He has such great strength at the holding point.

“I think he is going to really help us on the inside. Again, trying to stay with the same theme of what we are trying to get done and that is what we were able to get done today.”