Depth Still To Shake Out At Tight End 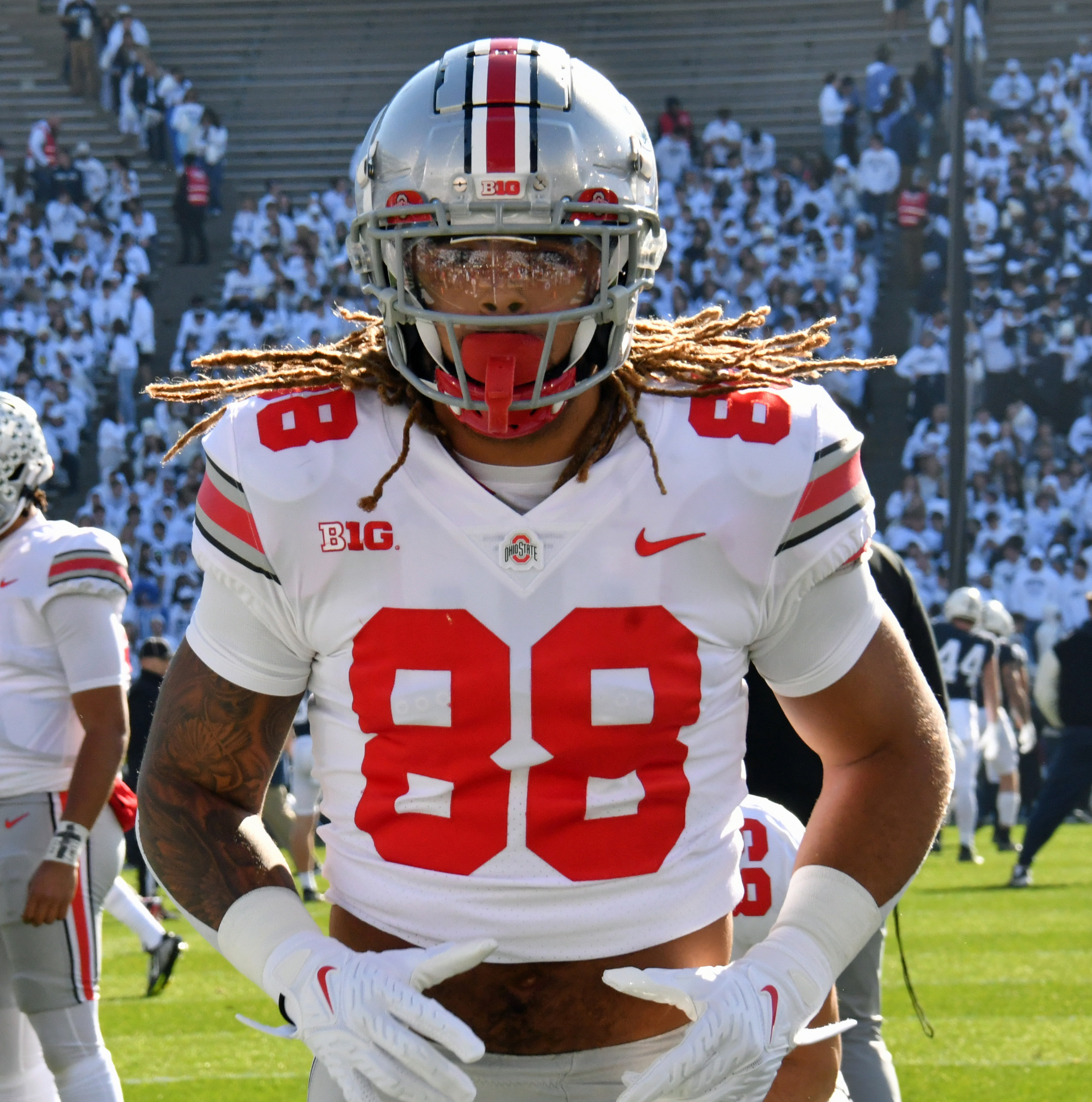 Off the best receiving season from a Buckeye tight end in terms of yards since 2013, hauling in 36 passes for 406 yards and five touchdowns, there’s essentially no doubt he’ll be Ohio State’s starter at the position in 2023. The two-time linebacker should only look to grow his game entering year five.

The questions that remain apply to the options behind him. Who exactly emerges as choice No. 2 behind Stover and how often they may see the field together, if OSU loses anyone prior to the season via the transfer portal and what the long-term future of the room is assuming Stover doesn’t use his COVID-19 waiver to return for a sixth season.

Scott caught five passes for 28 yards and one touchdown while being the predominant second tight end used by the Buckeyes, while Royer hauled in two catches for 10 yards, one reception coming against No. 1 Georgia in the College Football Playoff.

A converted wide receiver, Scott possesses a uniquely quick athletic skill set at the position. His blocking has taken time to develop, though he did show strides in that area last year. He saw a solid chunk of meaningful reps through two tight-end sets in 2022.

Royer is a former three-star recruit but has had moments in the spring game in the past, with a touchdown catch in the 2022 edition.

There’s still plenty of players behind them that have talent but haven’t shown it yet in their OSU careers. Rising third-year Sam Hart was a four-star prospect out of Aurora (Colo.) Cherokee Trail, with rising second-year Bennett Christian another four-star from Acworth (Ga.) Allatoona — a player known for his blocking potential — behind him. The highest-rated player that will be on the roster at tight end of all of them, though, is an incoming freshman early enrollee.

Fairburn (Ga.) Langston Hughes four-star Jelani Thurman checked in as the No. 3 tight end and No. 101 prospect regardless of position in the 247Sports composite. 247 itself placed him up as the No. 65 prospect in the country. With strong athleticism and a 6-5, 230-pound frame, he’ll push to see the field early in his career in Columbus.

Questions are outstanding about how much Ohio State will use two tight end sets, a favorite of now-former offensive coordinator and tight ends coach Kevin Wilson. Though head coach Ryan Day called plays last year, with wide receivers coach Brian Hartline stepping into both offensive coordinator and potentially play calling duties, it remains to be seen whether as much 12 personnel is used.

When practically all of the team’s wide receiver production is returning it lends itself to more three-receiver sets. Rising third-years Marvin Harrison Jr. and Emeka Egbuka each passed 1,000 yards last year and rising fourth-year Julian Fleming racked up 533 yards of his own despite missing two games.

The emergence of Cade’s complement and whether any players transfer out will be interesting storylines to follow at tight end as OSU begins its offseason journey.