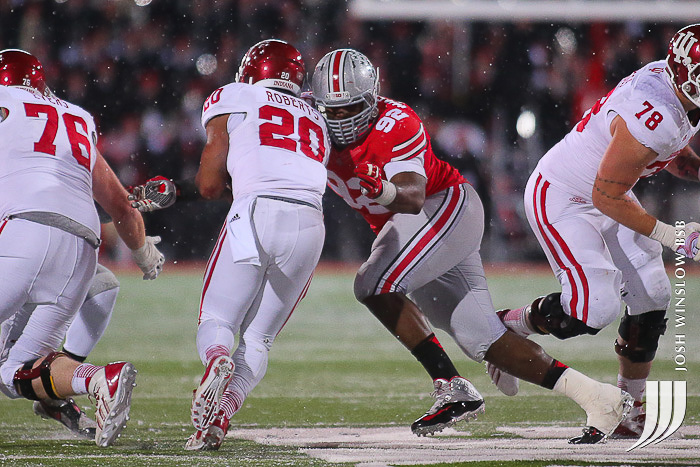 Washington already had been somewhat familiar with his new team from being a divisional foe during his time with the Buffalo Bills, but the familiarity did not stop there.

Before the Bills selected Washington in the third round of the 2016 NFL draft, he was a standout for an Ohio State defense that included new Dolphins teammates Raekwon McMillan and Jerome Baker.

In Washington’s final season in Columbus (2015), he recorded 49 tackles (23 solo), including seven for loss, four sacks and an interception, which he returned for a 20-yard touchdown.

McMillan led the team in tackles as a sophomore that year with 119, while Baker was a backup as a freshman.

Dolphins offensive tackle Isaiah Prince, a sixth-round pick in the 2019 draft, was also a member of the 2015 Ohio State team.

Washington, a Cincinnati (Ohio) Taft product, joins Miami with 21 career starts in 35 NFL games. He appeared in just one game with Buffalo and four with the Bengals in 2018 before suffering a season-ending knee injury.

The 24-year-old defensive lineman was placed on the injured reserve in late November after injuring his knee against the Saints on Nov. 11, while with the Bengals. He had not signed with another team during free agency because he was still rehabbing the injury.

Despite spending most of his career as a defensive tackle, Washington will likely compete with Tank Carradine and Jonathan Woodard for the traditional defensive end role, per the team’s website. Miami lacks depth on the edge after losing veteran defensive ends Cameron Wake, Robert Quinn, Andre Branch and William Hayes.

Although Washington is a large man at 6-4, 295 pounds, he is known for his elite athleticism, earning All-American honors on both the gridiron and the hardwood in high school. As a senior at Taft, Washington averaged 23.1 points and 14.3 rebounds per game to become Ohio’s Gatorade Player of the Year in 2012.

If the Dolphins elect to keep Washington at defensive tackle, he will join Davon Godchaux, Vincent Taylor, Akeem Spence and Christian Wilkins, who was the Dolphins’ 2019 first-round pick, as an interior defensive lineman in 3-4 and 4-3 fronts.

Due to injuries and coaching changes, Washington has had trouble finding a home early in his pro career. His contract with the Dolphins is an opportunity to prove himself and carve out an important role.