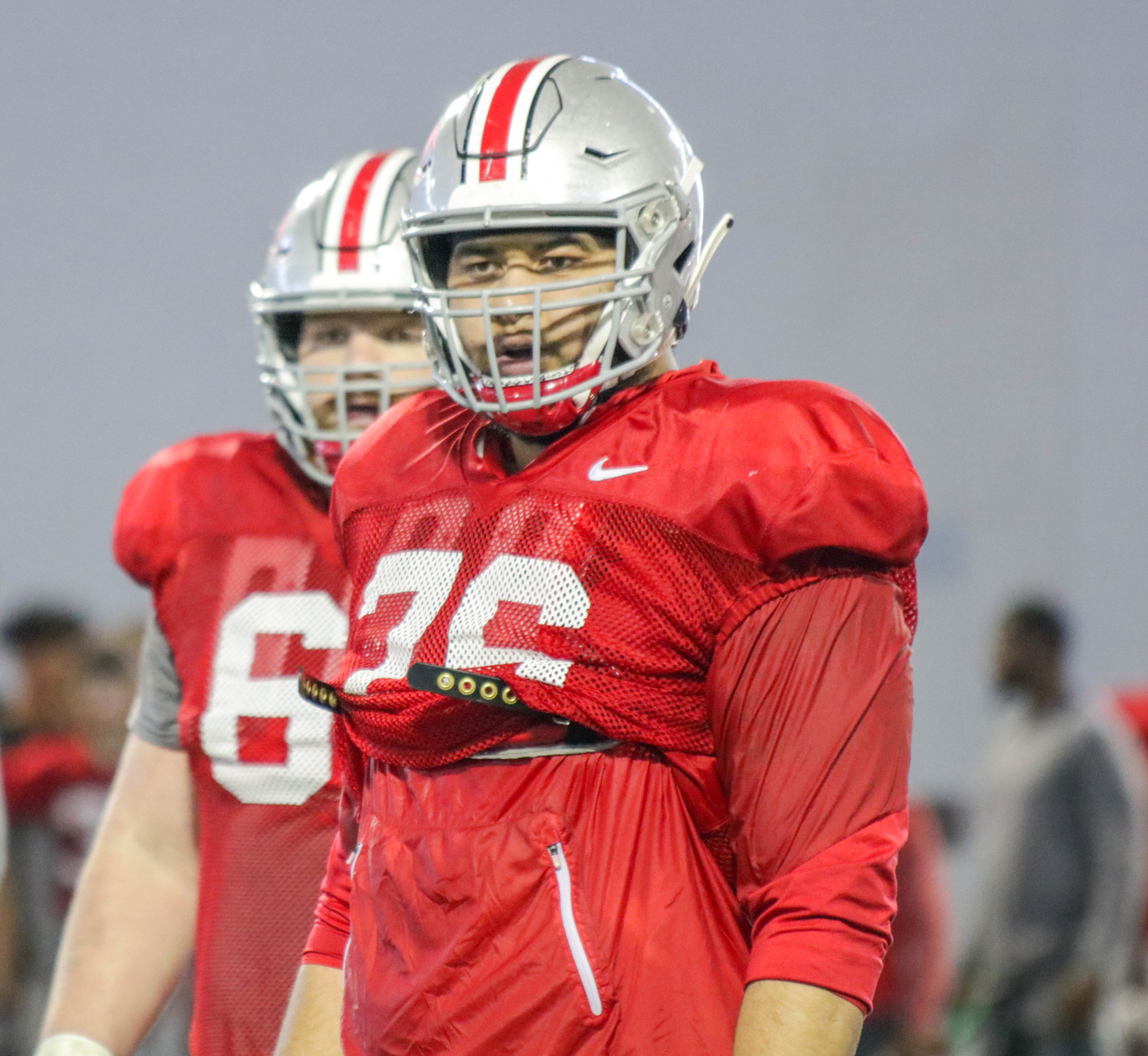 The last two years have been quite the emotional rollercoaster for Ohio State redshirt senior offensive lineman Branden Bowen.

He was named the starting right guard for the Buckeyes ahead of the 2017 season, but fractured both his tibia and fibula in his left leg in the sixth game of the season. The injury required three surgeries and extensive rehabilitation over the next year, which prevented him from playing a single snap last season.

“I think it was extremely hard,” Ohio State offensive line coach Greg Studrawa said this spring. “I think what people don’t realize is when a kid gets injured like that, the mental aspect is way more than physical. We have the best people in the world getting these kids back (to playing shape), but what you can’t ever judge is how he feels.”

Bowen was back to full strength and able to participate in practices leading up to Ohio State’s Rose Bowl victory over Washington.

“It’s one hell of a process. Super challenging,” he said. “Probably the hardest thing I’ve ever gone through, but you just have to keep your head up and remember that it gets better.”

This spring, Bowen competed with fifth-year senior Joshua Alabi and redshirt freshman Nicholas Petit-Frere for the starting right tackle spot. He’s also spent time at right guard and left tackle, adding some much-needed versatility to an offensive line that will be breaking in four new starters this fall.

“It’s difficult to get used to, but it’s super valuable to the team for me to be able to play wherever,” said Bowen, who was quick to point out how former Buckeyes Pat Elfein, Billy Price and Michael Jordan earned All-American honors after moving from guard to center. “It also adds value to yourself, especially at the next level. Versatility is everything. It’s really important.”

Head coach Ryan Day praised Bowen for his ability to move back and forth, and doing so without hesitation.

“I think he has been solid this spring,” Day said. “I don’t think he would tell you he is playing his greatest football. He is still trying to get his feet underneath him. He has a lot of potential.”

That said, Bowen knows the clock is ticking on his collegiate career — and he’s motivated now more than ever, especially with the recent birth of his son, Booker.

“It’s motivation and more reason to do what you do every day, and do it better than you did it before. My fiancée and my child are my ‘Why.’ They changed my perspective, my motivation … everything.”

Bowen expressed his appreciation for his fiancée’s family, who lives in Hilliard, for their help with taking care of the baby. His mother also flew in from Utah to lend a hand, which allowed him to sleep throughout the night and be focused on practice and team meetings.

“I kind of just look at it as an opportunity,” Bowen said. “I’ve been through so much worse and there’s not much more you can do to me to set me back. I just know no matter what, I’m going to fight through what comes up and I’m going to be the best me.

“The coaches always preach, do the little things, do the little things. But now, you really, really see that. Every little thing matters, because this is the future of your child. We play football for the love of the game and to get to the next level and have those opportunities. So it just makes it that much more important.

“My priorities here are to win a national championship and become the best player I can be and help the team as much as I can. But (having a child) definitely gives you a bigger perspective.”