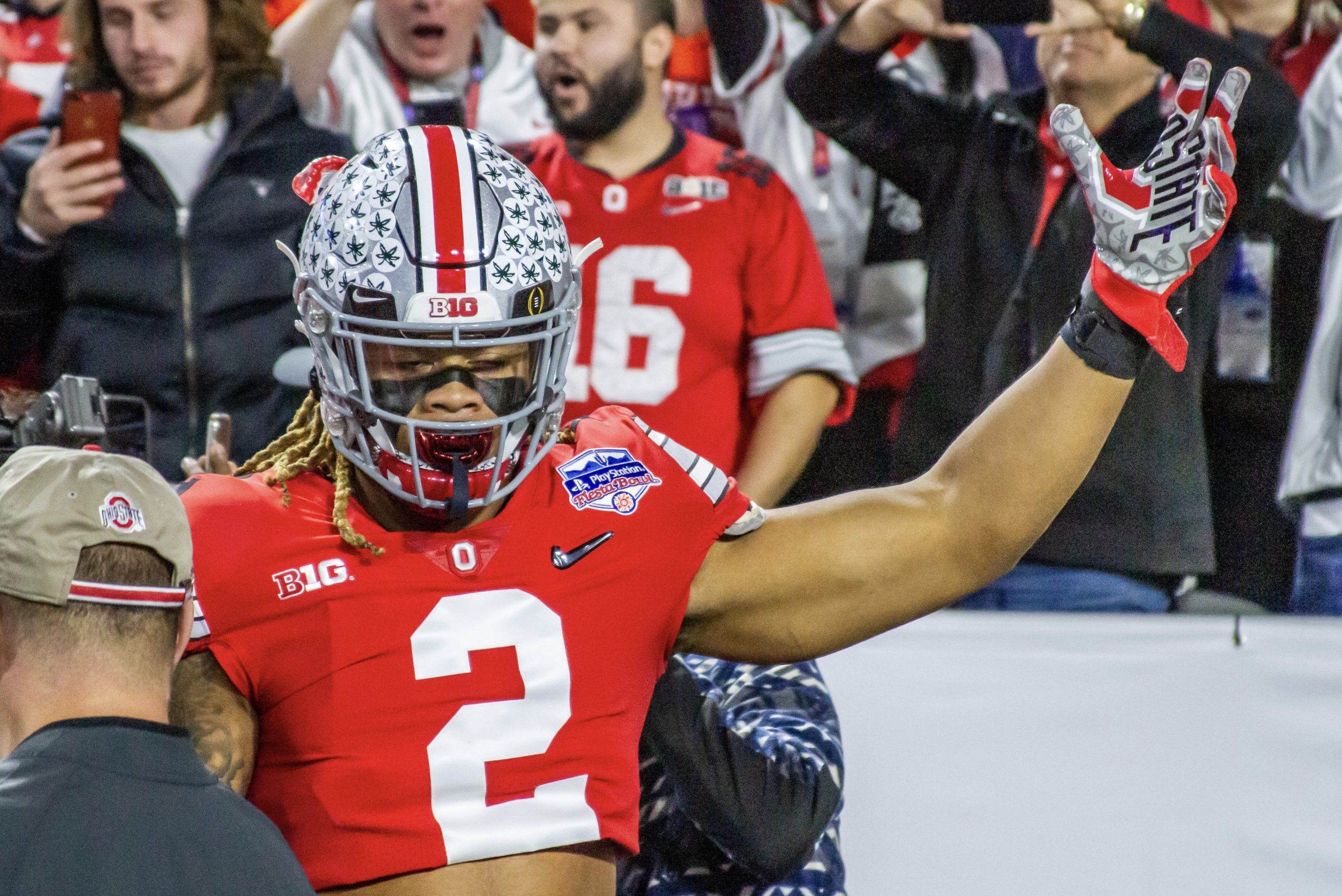 Even after being selected second overall by the Washington Redskins in the 2020 NFL Draft, Chase Young continues to bring in the hardware from his time with the Buckeyes.

Young makes it seven Ohio State players to win the award since its inception in 1982, and the first football player from any Big Ten school since Wisconsin’s Ron Dayne in 2000. He is the first Ohio State student athlete to win since wrestler Kyle Snyder won the award in back-to-back seasons in 2017 and 2018.

The other former Ohio State winners are Eddie George (football) in 1996, Blaine Wilson (gymnastics) in 1997, Evan Turner (basketball) in 2010 and Logan Stieber (wrestling) in 2015. There have been three Buckeyes that have been recipients of the Female Athlete of the Year: Laura Davis (volleyball) in 1995, Jessica Davenport (basketball) in 2007 and Christina Manning (track and field) in 2012.

In his junior season with the Buckeyes, Young broke the single-season program record with 16.5 sacks, a total that also led the country. His efforts earned him a trip to New York as a Heisman Trophy finalist, while also winning the Bednarik and Bronko Nagurski trophies, both of which honor the best defensive player in the nation.