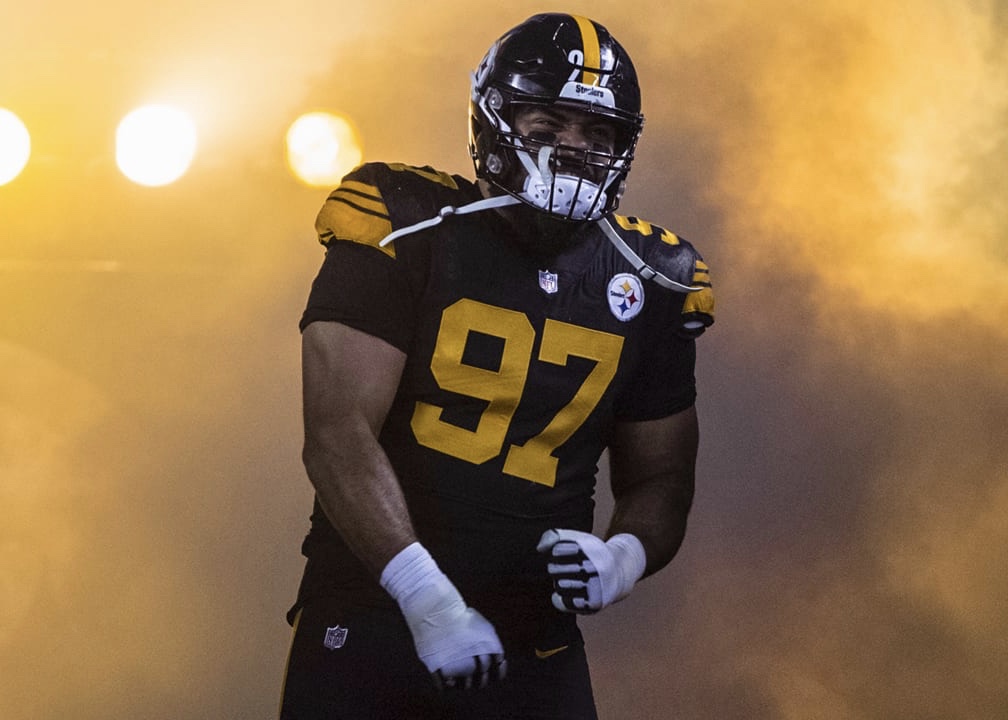 According to multiple reports, former Ohio State defensive end Cameron Heyward has agreed to a four-year, $65.6 million contract extension with the Pittsburgh Steelers that will make him the highest-paid defensive player over the age of 30 in NFL history.

The #Steelers and DT Cam Heyward have agreed to terms on a 4-year extension worth $65.6M in new money, source said. In all he’s under contract for 5 years and $75.1M. He’s now the highest paid defensive player over 30 in NFL history based in yearly average.

The 31-year-old Heyward has played his entire career in Pittsburgh since the Steelers selected him in the first round (31st overall) of the 2011 NFL Draft. He has recorded 397 tackles, 117 quarterback hits, 54 sacks, 30 pass break ups, six forced fumbles and four fumble recoveries in nine seasons and has been named to the last three Pro Bowls.

Heyward seemingly confirmed the news of his extension by posting a video to Twitter on Sunday night of his face superimposed onto Leonardo DiCaprio’s in a scene from “The Wolf of Wall Street,” in which DiCaprio’s character uses explicative language to proclaim he isn’t leaving. Several other Steelers are shown, including head coach Mike Tomlin, quarterback Ben Roethlisberger, running back James Conner, wide receiver JuJu Smith-Schuster, center Maurkice Pouncey, linebacker T.J. Watt and safety Minkah Fitzpatrick.

Pittsburgh is where I belong! pic.twitter.com/mMj3DbKm4T

Heyward appeared in 52 games (46 starts) for the Buckeyes from 2007-11 and recorded 163 tackles, 37.5 TFL and 15.5 sacks. He was named a Playboy All-American, first-team All-Big Ten, a Lombardi Award semifinalist and a Lott Trophy quarterfinalist as a senior.

Pittsburgh confirmed the extension, which also slightly reworked the final year of his previous contract, on Monday morning.