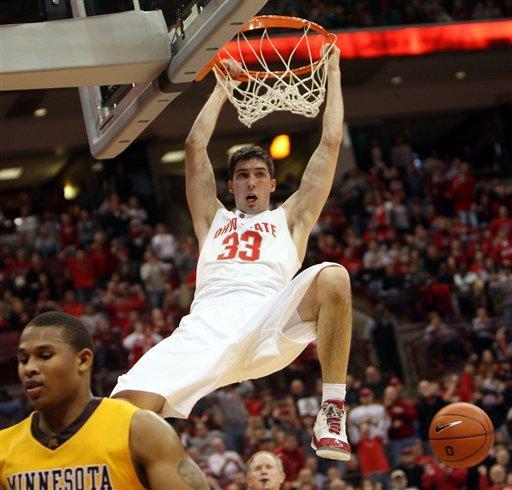 Former Ohio State guard Jon Diebler has signed to play basketball with Hapoel Tel Aviv, a team from Israel that plays in the Israeli Premier League.

The team has five Israeli championships and four Israeli state cups, with four first-place finishes coming between 2008 and 2012, while this past season, Tel Aviv was a quarterfinalist in the premier league. Diebler will be joining two other U.S.-born players in Walt Lemon and Reggie Upshaw.

Diebler has most recently played basketball for Carmen’s Crew in The Basketball Tournament, where he scored 11 points in an upset loss to House of Paign, ruining the team’s chances to repeat as champions.

This is also not the first stint for Diebler across the Atlantic Ocean, with the former Buckeye also playing in Greece and Turkey, with the latter country being where Diebler had been playing since 2015. Prior to that, Diebler was selected in the second round by the Portland Trail Blazers before having his draft rights moved to the Houston Rockets.

In his four-year collegiate career, 900 of Diebler’s 1,109 shot attempts where from deep, including a senior season where he hit 114 of his 227 shots from three, good for a 50.2 percent success rate. Both single-season totals that are highest in program history for a minimum of 50 made threes.

He currently also sits in first for total three-pointers made (374) and No. 4 in free throw percentage (.826) in Ohio State history.