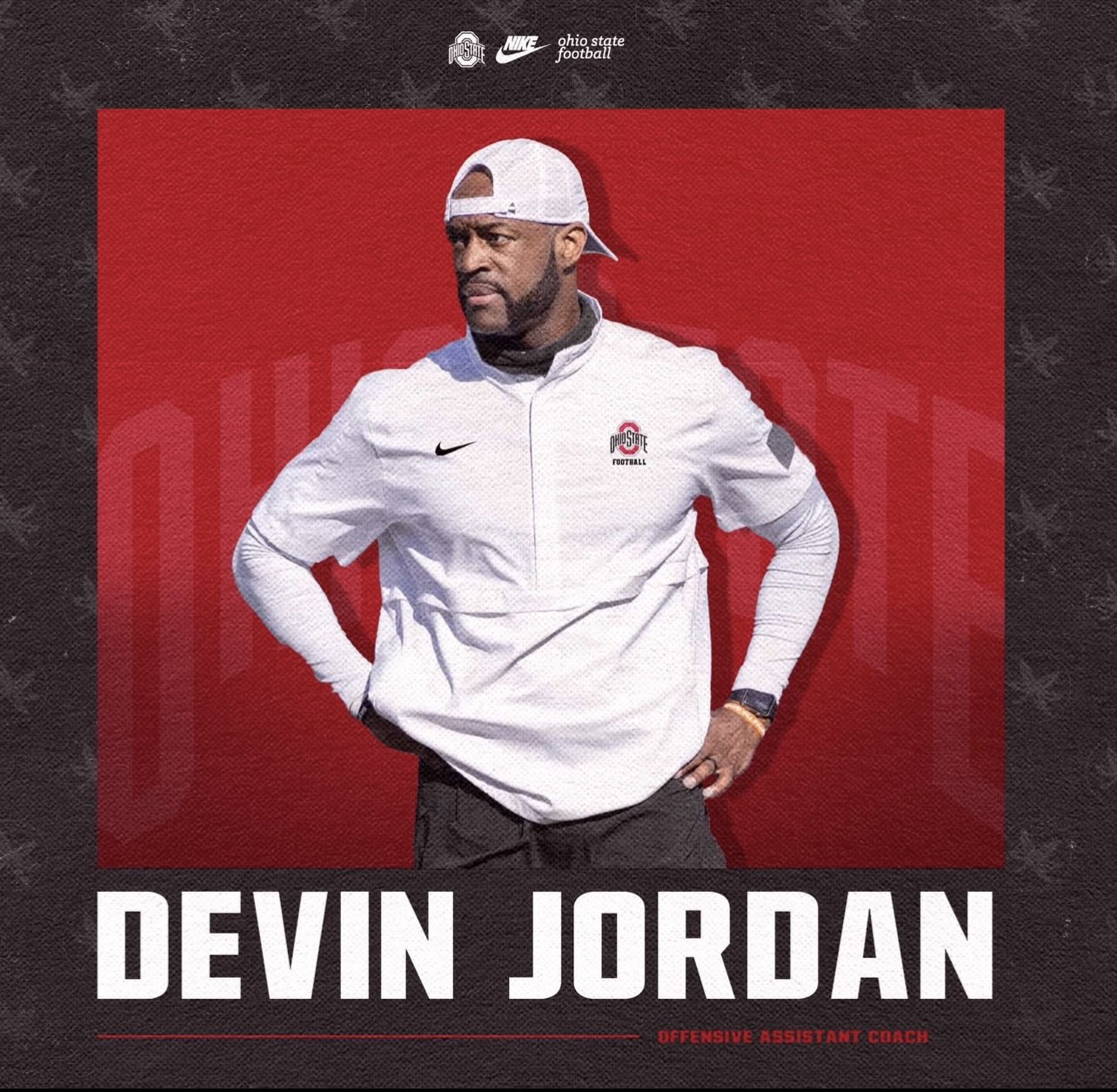 Ohio State is adding another coach to its growing staff of quality control and graduate assistants. Former Buckeye receiver Devin Jordan announced Jan. 31 that he will be returning to Columbus as an offensive staffer, likely under wide receivers coach Brian Hartline, who he worked with briefly as a student assistant at Ohio State and who he described as the best wide receivers coach in America in an interview with the Columbus Dispatch in 2021.

Jordan was a class of 2003 signee for the Buckeyes out of Massillon Washington and played briefly for the Buckeyes before a practice injury in 2004 all but ended his playing career. Then-head coach Jim Tressel encouraged him to stay around the program as a student assistant, which he did until his graduation in 2007. From Ohio State, he jumped to Wittenberg as an assistant for one year, Otterbein for three years as wide receivers coach, Walsh for six seasons as wide receivers coach and recruiting coordinator and Malone for one year as passing game coordinator.

He jumped up to Division I ball in July of 2019, joining Youngstown State as a quality control assistant for one year before a move to Akron in a similar role in June of 2020, where he remained until Ohio State extended an offer to join its staffers room. He will not be one of Ohio State’s 10 on-field coaches.

Jordan also works as a motivational speaker with the Ohio State alumni association and is the president of Beyond The Game, a nonprofit he founded in 2016 that “(helps) kids understand that sports are a platform to achieving a higher education and reaching their potential as adults,” which offers free summer camps and youth mentoring programs.