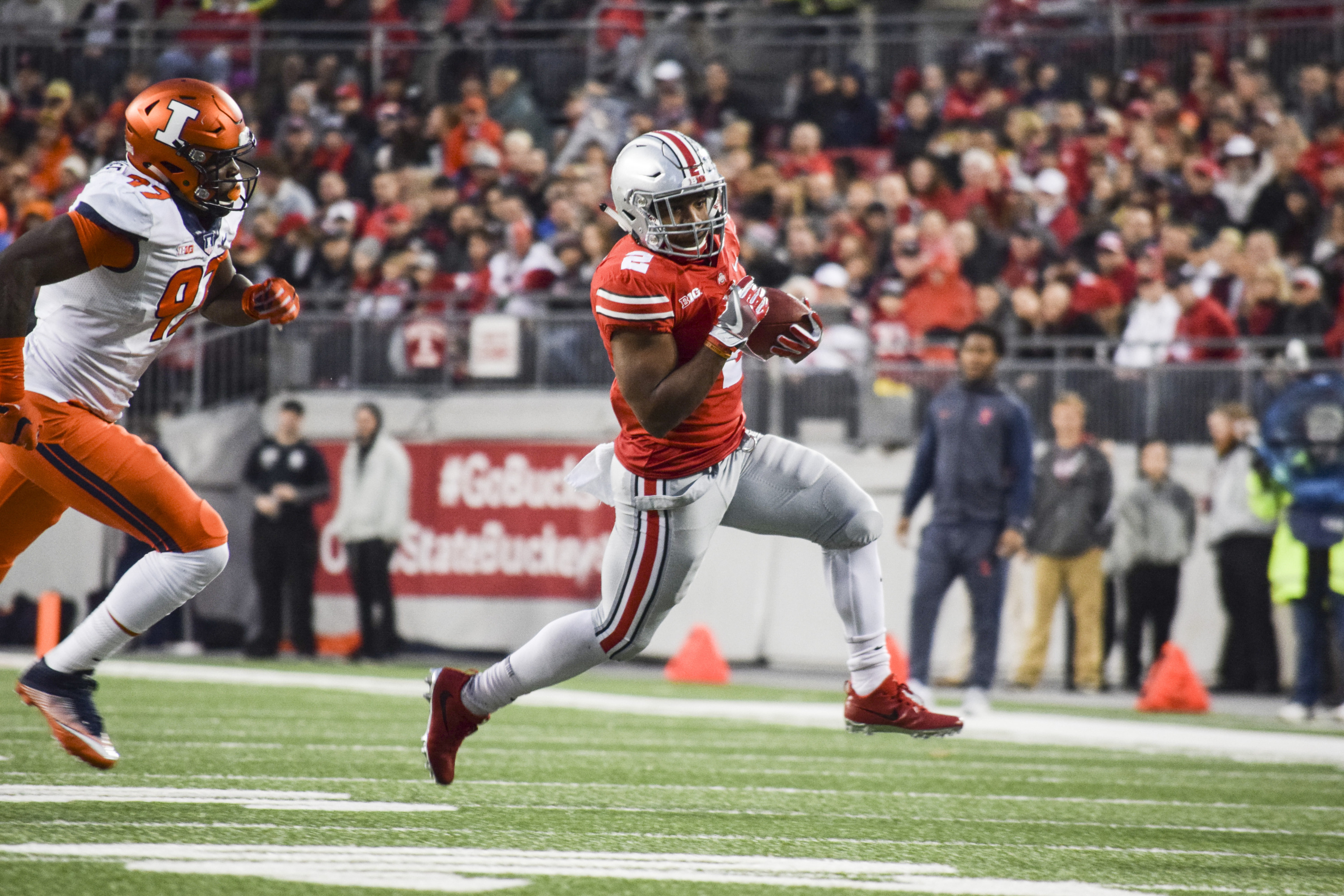 Through seven games in 2018, Ohio State has – at times – struggled to run the ball. The Buckeyes have seemingly regressed throughout the year in that aspect of their offense.

In fact, Ohio State averaged fewer than 3.0 yards per carry and gained less than 100 yards in a 30-14 win over Minnesota last week, marking its worst rushing output since a 31-0 loss to Clemson in 2016.

That said, there’s an aspect of Ohio State’s rushing attack that doesn’t go down in the stats, but it still helps the Buckeyes put points on the board: the RPO, or run-pass option.

The RPO is a huge part of Ohio State’s offense, as it has been in the past. But when J.T. Barrett was the quarterback, he would either hand the ball or keep it himself on 50-50 reads more often than not. Sophomore Dwayne Haskins – one of the most talented passers in the nation – tends to throw it in those situations instead.

“A lot of those passes are RPOs, like when you see Parris (Campbell) in the flat or K.J. (Hill) on the hitch, those are all RPOs,” head coach Urban Meyer said Monday when asked about the issues with the rushing offense. “You’re reading someone, you trigger, you throw the ball. So I’d say there’s at least 10 to 12 called runs that the ball is being thrown.”

The coaching staff has insisted that they count those plays in the run game, at least in theory. If those numbers were included, the rushing statistics for the Buckeyes would certainly be much better this year.

In fact, many of those thrown could have led to chunks on the ground if Haskins had simply made the decision to give instead of throw.

Day noted that Haskins’ decision making in RPO situations has been “real good” so far this season.

Haskins acknowledged that he leans toward making plays with his arm. He’s certainly put up the numbers to support that, throwing for more than 400 yards in each of the past two games and leading the nation with 28 touchdown passes.

“I don’t think it’s a problem,” he said. “We’ll get it figured out. One day at a time. We had a really good practice today, so we’ll figure it out.”

While the inclusion of RPOs theoretically make the run game issues look better, there are still problems for Ohio State. Day noted that red zone offense – the Buckeyes settled for two short field goals against Minnesota – and short-yardage situations have been difficult.

For now, instead of looking at the run game as a whole, the Buckeyes seem focused on continuing to play to their strengths while fixing some problems in key parts of the game.

“Overall, if they put a lot of guys in the box, there’s some RPOs and different reliefs on a lot of plays that we’ve done a nice job with,” Day said. “So I think we’ve got to play better situationally, but I think we’re doing a good job spreading the field.”