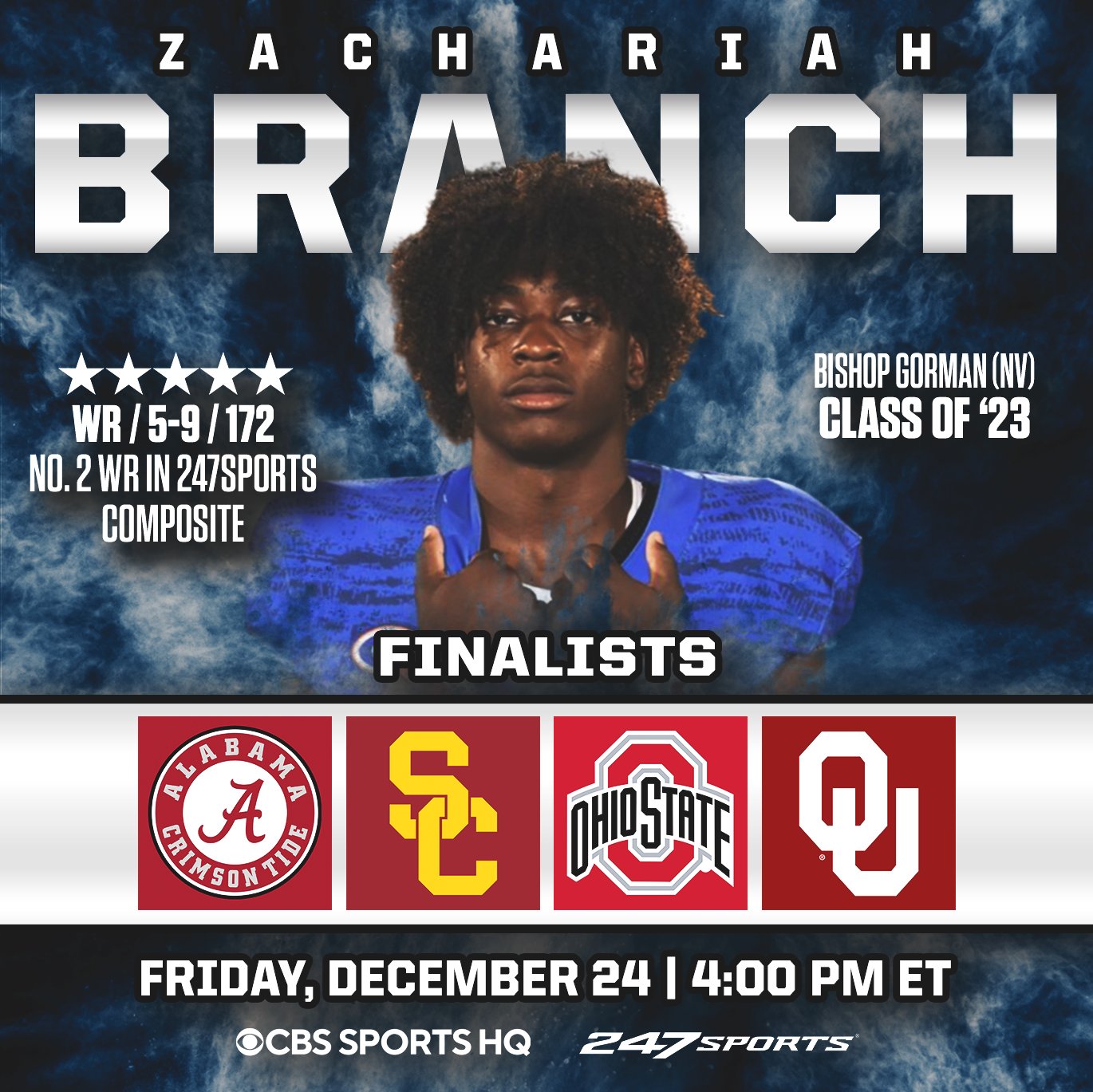 Zachariah Branch (5-9, 172), a 2023 five-star wide receiver out of Bishop Gorman in Las Vegas, will choose between his top four schools on Christmas Eve. Branch’s commitment will be live on CBS Sports HQ at 4 p.m. ET.

Rated as the No. 14 overall prospect and No. 2 wide receiver in his class, Branch will decide between Alabama, Ohio State, Oklahoma and USC, though the battle appears to be down to Ohio State and USC.

“I just felt ready, the timing was right,” Branch told 247Sports. “I know what I want to do and where I want to go so there was no need to wait on it and waste anyone’s time.”

Branch had an unofficial visit to Ohio State on Oct. 30, and received a visit from Matt Barnes and Brian Hartline on Dec. 1 while they were visiting his brother, four-star safety Zion, who committed to USC last week in the class of 2022.

“I’ve been to Ohio State twice and like it there a lot,” Zach said. “Everyone I’ve met there is very genuine. From the coaches to the players to the support staff, everyone has always been so welcoming to me and my family. They have a great track for getting guys to the (NFL) as well and on my last visit, they were able to show me the offense and how well I would fit in. They see me playing a similar role to Jaxon Smith-Njigba and I like the all around fit a lot.”

Though Branch is announcing on Christmas Eve, the Buckeyes will likely wake up with coal in their stocking, as he’s expected to follow his brother to USC. All seven crystal ball prediction for Zach have him going to the Trojans.