What’s Next For Buckeyes After COVID-19 Related Pause? 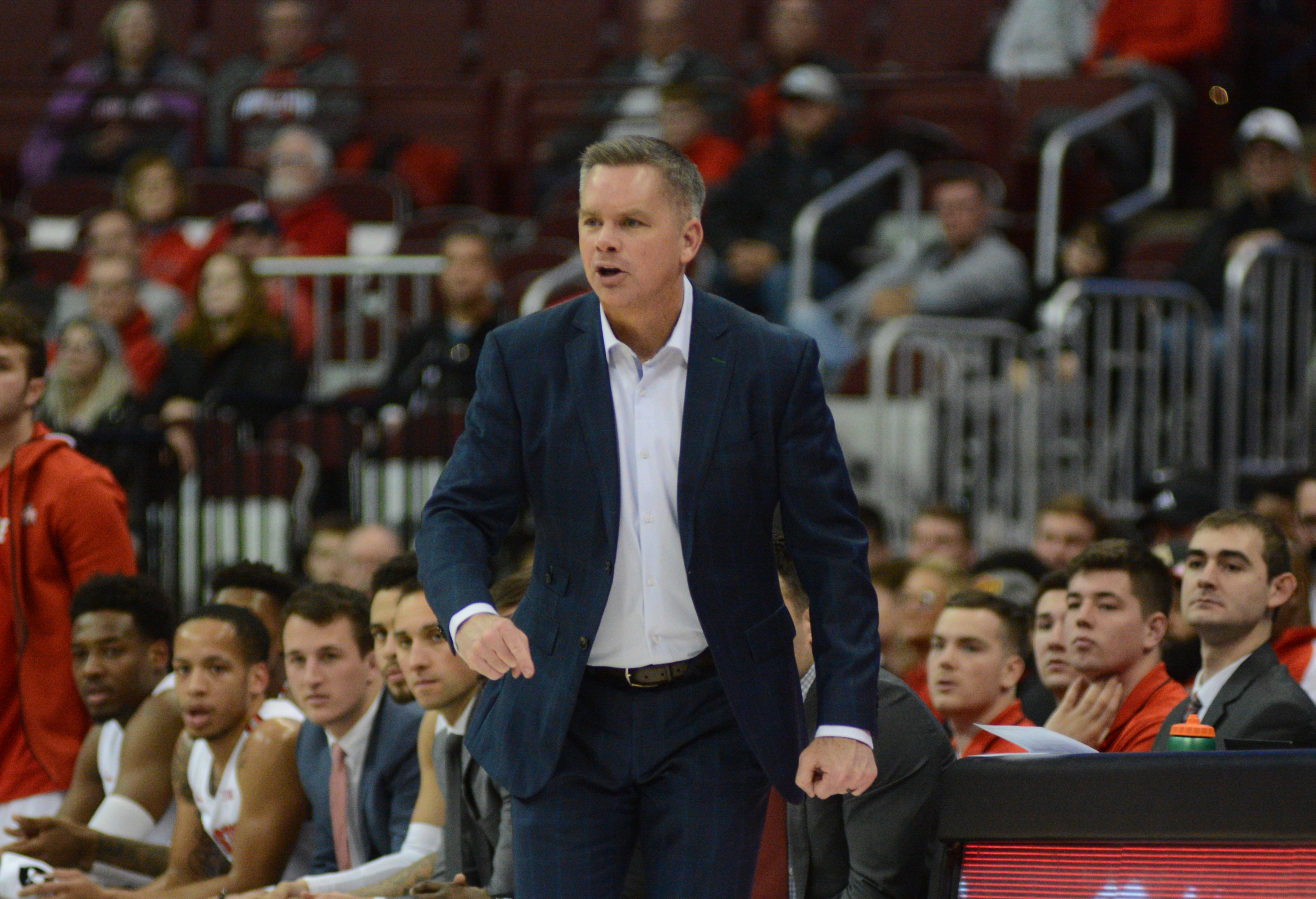 After canceling two games because of a COVID-19 outbreak in the program, Ohio State men’s basketball paused team activities until after Christmas, with its next game scheduled for Dec. 28 against New Orleans.

Here are a few of them:

“We were waiting on their test results,” Holtmann said. “We get into practice, we had another player who had some symptoms and we end up getting him tested but they took a little time. Those tests came back all positive, so as we continued to prepare to leave for Vegas we had another positive.”

Testing for every player and coach revealed more positive tests.

“Had it been a home game, potentially we would’ve continued on and if guys had symptoms we might’ve tested them,” Holtmann said. “The fact that we were traveling to Las Vegas and if someone had symptoms there they would’ve had to stay there for 10 days. Ultimately the decision was made, let’s test everybody on Thursday morning, let’s expedite the results, and figure out where to go from there. We popped up additional tests and we just weren’t able to field enough guys to play in a game like that.”

Still, many of the players who tested positive experienced minor symptoms as all of the “Tier 1” members are vaccinated.

“All of them have light symptoms,” Holtmann said. “I don’t want to minimize them. Some had a fever for a day. Some didn’t have any symptoms. Our program is fully vaccinated.”

Some of Ohio State’s players will receive COVID-19 booster shots this week.

“It’s a conversation we’ve had multiple times with our guys,” Holtmann said. “Some guys are still in that six-month window and some have had booster shots. Our players I think are making that decision. Some have scheduled booster shots. That’ll happen. As far as if all our players are going to do that, I don’t have a decision on that yet.”

Holtmann said he’s felt frustrated that vaccinated and asymptomatic players have been ruled out of action.

“It wasn’t their fault,” Holtmann said. “They did everything they were supposed to do. We followed all the protocols. I did have that conversation. Now as we’ve had more positives, several of our guys have little to no symptoms. The ones that did have symptoms for a couple of days don’t have symptoms on that third or fourth day. I did have that conversation with our medical staff. Ultimately that decision for college athletes is going to be made by the medical personnel maybe at each institution but certainly, league-wide it’s going to be made by a board of medical professionals.”

There could even be a quicker return-to-play for vaccinated players.

“That’s going to look at to be expedited if you have limited symptoms and you’re fully vaccinated,” Holtmann said. “What most people are seeing is we probably should treat this like we did a year and a half ago when it comes to athletes because they’re fully vaccinated. We’re all taking the guidance from our medical people. They’re always going to err on the side of making sure they are protecting the athletes.”

Ohio State and Kentucky tried to reschedule the game

Holtmann said he was on the phone with Kentucky coach John Calipari on Sunday night. The Wildcats had their game against Louisville for this Wednesday canceled, and Calipari wanted to see if the Buckeyes would have enough players to compete.

“He talked to me about playing on Wednesday there and then returning the game next year,” Holtmann said. “We just couldn’t do it. Just numbers-wise, but I tried like crazy. I was throwing out after-Christmas dates.”

Justice Sueing and Seth Towns still weeks away from returning

Further thinning Ohio State’s numbers are the ongoing absences of Justice Sueing and his core muscle injury and Seth Town’s rehabilitation from back surgery.

“They’re making progress,” Holtmann said. “It’s about the best I can tell you right now, but they are making steady progress. They’re both working hard with their rehab process here. Both guys are on pace to return, but I still think we’re looking at a few weeks.”