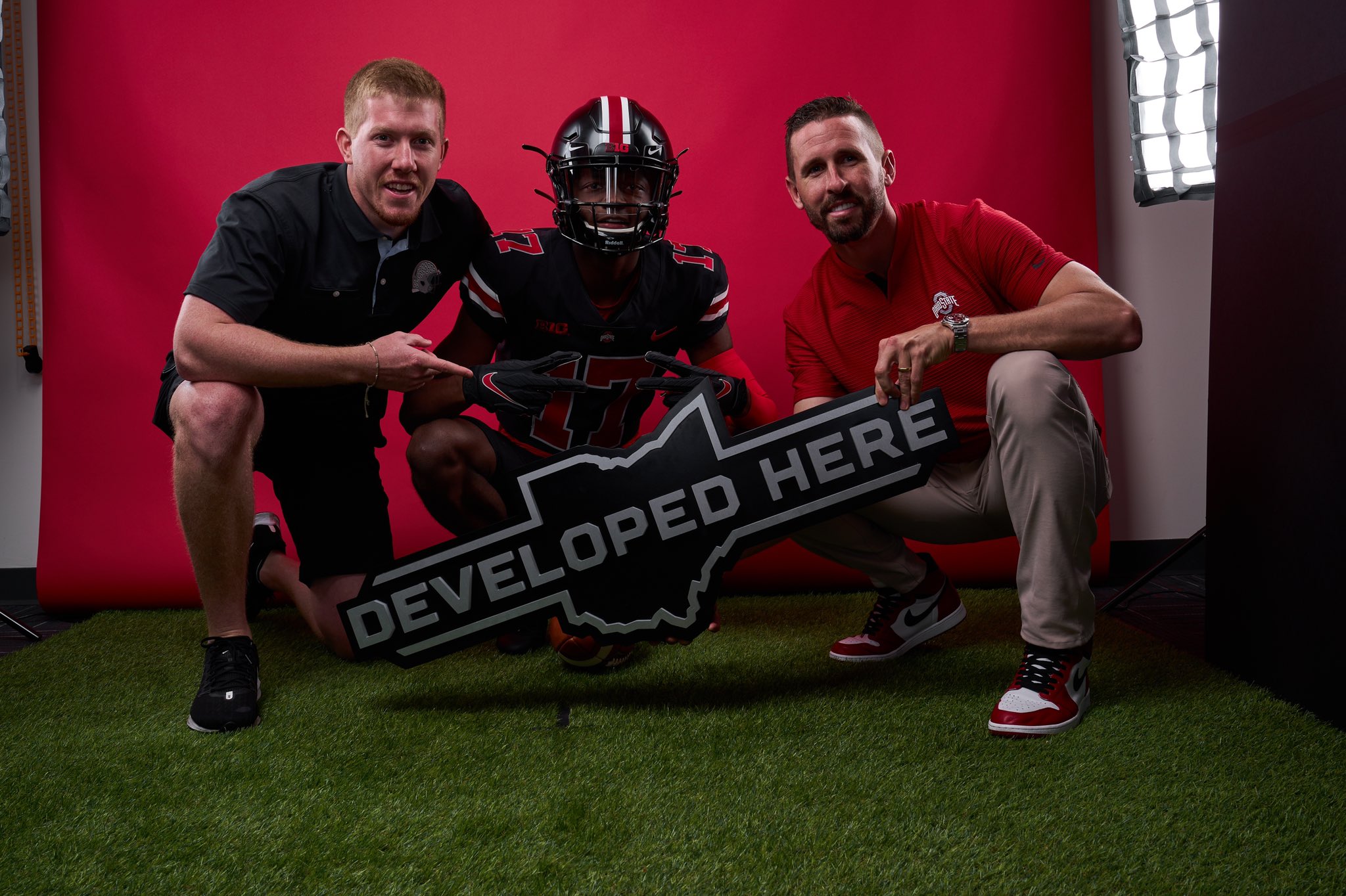 Beyond the quarterback, no position group has been more consistently recruited in recent years at Ohio State than at wide receiver, where position coach Brian Hartline has consistently brought in top-flight talent to the Buckeyes. Hartline has kept that momentum going in the 2023 class, earning a commitment on Monday from Bradenton (Fla.) IMG Academy five-star wide receiver Carnell Tate (6-2, 185).

It’s been a long and winding recruitment for Tate, who at one point was heavily leaning toward Ohio State but saw pressure from several schools – including the Fighting Irish and Volunteers – in recent months that threw his potential landing spot into question.

At the end of the day, his relationship with Hartline and the potential of becoming a top wide receiver at Ohio State won out, and Tate will look to join the long line of receivers – especially in recent years with Chris Olave, Jaxon Smith-Njigba and Garrett Wilson – who have excelled with the Buckeyes.

“He is the type of wide receiver that always seems to be open. He creates plenty of separation at the line of scrimmage and is able to beat both zone and man coverage once underway,” said 247Sports southeast recruiting analyst Andrew Ivins. “He has superb body control and large 10-inch hands that allow him to make extremely difficult catches look relatively easy.

“He is competitive not only at the catch point, but also once the ball is in his hands as he will fight to pick up additional yardage,” he continued. “He owns a rather slender build now but should eventually carry 195 pounds or more. He has experience working both inside and outside and is shifty enough in the open field to be featured as a return man, as well.”

Tate’s commitment is the second at receiver for Ohio State in 2023, joining Zephyrhills (Fla.) Wiregrass Ranch four-star Bryson Rodgers (6-2, 170), who committed to the Buckeyes in April. The other top receiver targets for Hartline are Fort Lauderdale (Fla.) American Heritage five-star Brandon Inniss (6-0, 190) and Rolesville, N.C., four-star Noah Rogers (6-2, 180), both of whom are trending toward Ohio State.

Dating back to the 2019 recruiting class, Tate is the fifth five-star receiver brought in by Hartline, joining Emeka Egbuka (2021), Julian Fleming and Smith-Njigba (2020) and Wilson (2019).