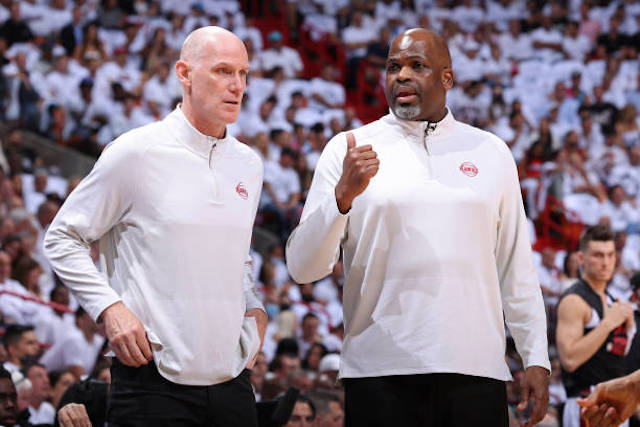 Ham, a first-time head coach who recently assisted the Milwaukee Bucks to an NBA Championship in 2021, made signing Jent a priority and recruited him heavily to join the Lakers, according to ESPN’s Adrian Wojnarowski.

The duo coached together on the Atlanta Hawks staff in 2017-18, and Jent also has tied to Los Angeles star LeBron James, having served as an assistant with the Cleveland Cavaliers from 2006-11. Jent was James’ de facto shooting coach during those seasons. The four-time MVP once tweeted that he loved working with Jent and claimed they built a significant relationship during his first stint in Northeast Ohio.

Jent’s basketball résumé spans three decades. He played four seasons at Ohio State from 1988-92 and appeared in 123 games, averaging 8.2 points, 3.9 rebounds and 1.7 assists in those contests. Jent went undrafted in the 1992 NBA Draft but spent 10 years at the professional level in the United States and abroad. He won an NBA Championship with the Houston Rockets in 1994.

In 2003, Jent entered the coaching ranks and started his career with the Philadelphia 76ers as an assistant coach. The following season, in 2004-05, Jent became an assistant for the Orlando Magic, eventually taking the title of interim head coach after Johnny Davis was fired.

Jent’s longest coaching stint came with the Cavaliers from 2006-11, but he decided to return to Columbus as an assistant for then-program leader Thad Matta from 2011-13. Jent left for the NBA to assist the Sacramento Kings in 2013-14 and led the G League’s Bakersfield Jam in 2015-16. His last two assistant coaching stops were another year at Ohio State (2016-17) and five years with the Atlanta Hawks (2017-22).