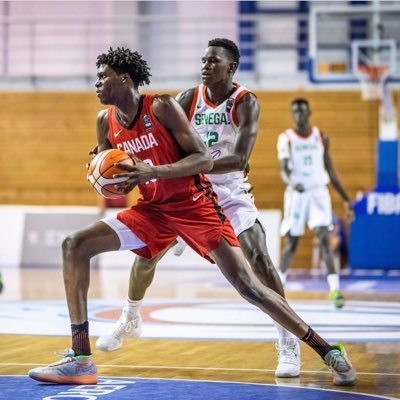 Bediako, who is the No. 5 center and No. 23 overall prospect for 2021, included the Buckeyes in his top five along with  Alabama, Duke, Michigan, and Texas

At 6-foot-11 and 215 pounds, Bediako is an athletic big man on the rise, garnering attention while playing for Canada’s national team and in the UPlay Canada grassroots program. UPlay CEO and founder Dwayne Washington spoke about Bediako’s finalists, including Ohio State, in an interview with 247Sports.

“The coaching staff has been on him early and hard and have shown him a lot of great attention and he’s been building a relationship with the coaching staff,” Washington said of Ohio State’s recruitment of Bediako. “That’s a big part and at that school he feels like he would be the only one who does what he does and that he could be special.”

With his top schools list trimmed to five, Bediako can better evaluate how he fits into each program. The big man from Canada has not set a timetable for his commitment, but Washington described what will attract Bediako.

“What’s going to be most important to him is his ability to develop as a forward, a big forward that can run the floor,” Washington said of Bediako. “The style of play, the opportunity to play early and also the coaching staff and how they work with him will be important.

“Charles can play a lot of styles but for him a situation where he can get up and down the floor. He moves very well from end to end and plays well in an up-tempo system. But he wants to develop all over the court. He wants to find a niche and show his talent which is being a great teammate, blocking shots, rebounding, making mid-range shots.”

A breakdown of Bediako’s game was done by 247Sports’ Josh Gershon.

“Still relatively raw on offense but hands and feet don’t give serious limitations. Can finish with both hands but prefers right. Footwork and face up ability could improve. Has made progress as rebounder and rim protector with strength.

“Needs to get stronger and add to skill but has high ceiling. On path to be high major starter with professional upside depending on skill development.”