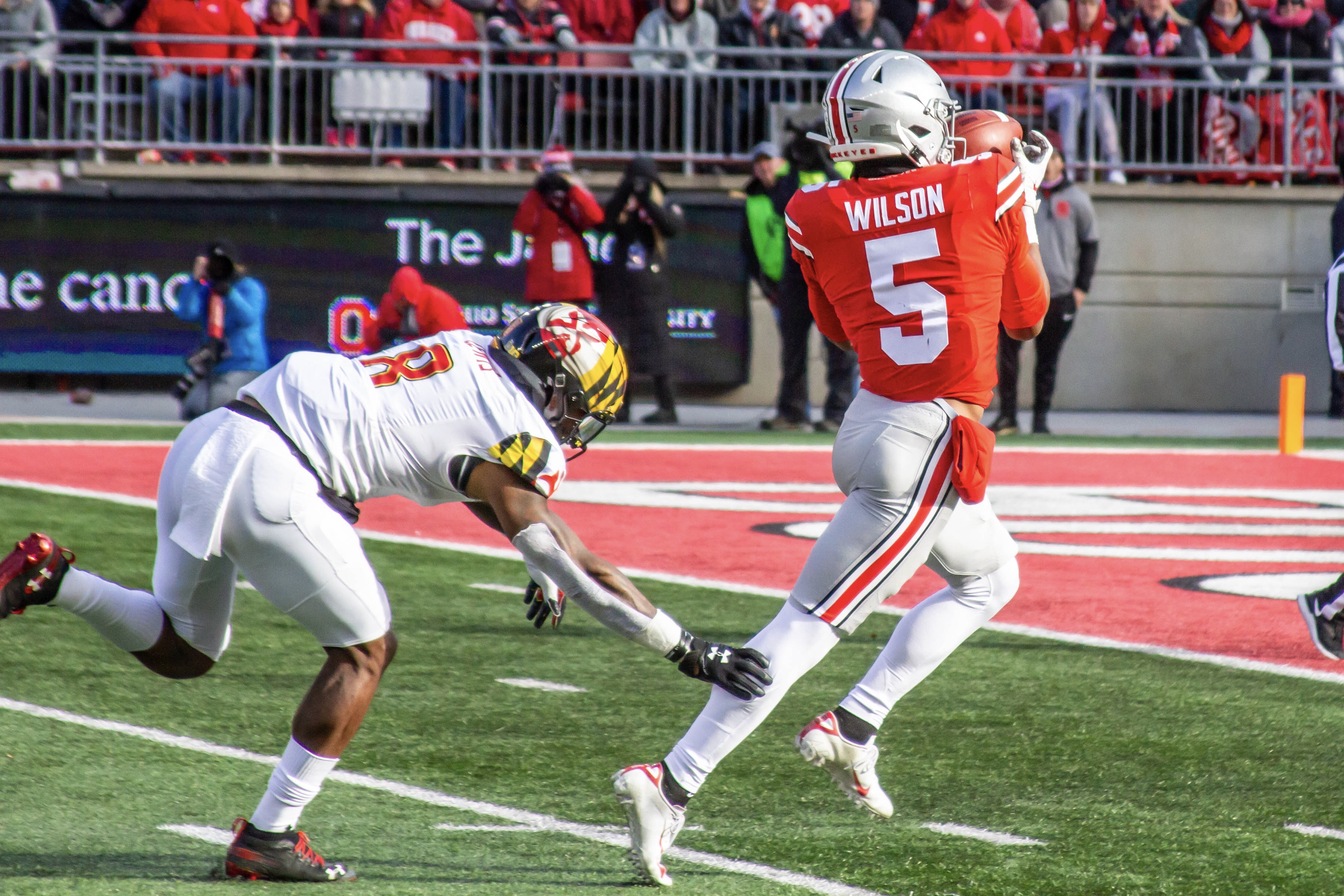 Ohio State will have to sit through one more Saturday without getting the chance to earn its own ranking on the field, but the Buckeyes moved up in both major polls regardless this weekend, from No. 6 to No. 5 in both the Coaches poll, while remaining at No. 6 with the AP voters.

At fifth, Ohio State trails Clemson, Alabama, Georgia and Notre Dame in the Coaches poll, while checking in ahead of North Carolina, Oklahoma State, Penn State, Florida and Cincinnati.

That largest drop in the Coaches poll is from LSU, which dropped from No. 16 all the way to the bottom of the “others receiving votes” section, accumulating just four total votes, only higher than Arkansas, with one vote. The Tigers fell 45-41 to Missouri to drop to 1-2 on the year.

The largest jump is Texas A&M’s, a nine spot leap into No. 11 after its win over Florida. No. 12 Miami, No. 17 Tennessee and No. 23 Virginia Tech all fell five spots after losing to higher-ranked opponents. The Big Ten has five representatives in the top 25, including the Buckeyes, Nittany Lions, No. 15 Wisconsin (down one spot), No. 19 Michigan and No. 25 Minnesota, the latter of which is new to the top 25. Iowa and Nebraska are among the others receiving votes.

Notably, with Luke Fickell leading the way, this is Cincinnati’s first top 10 appearance in the AP poll since the final week of the 2009 season.