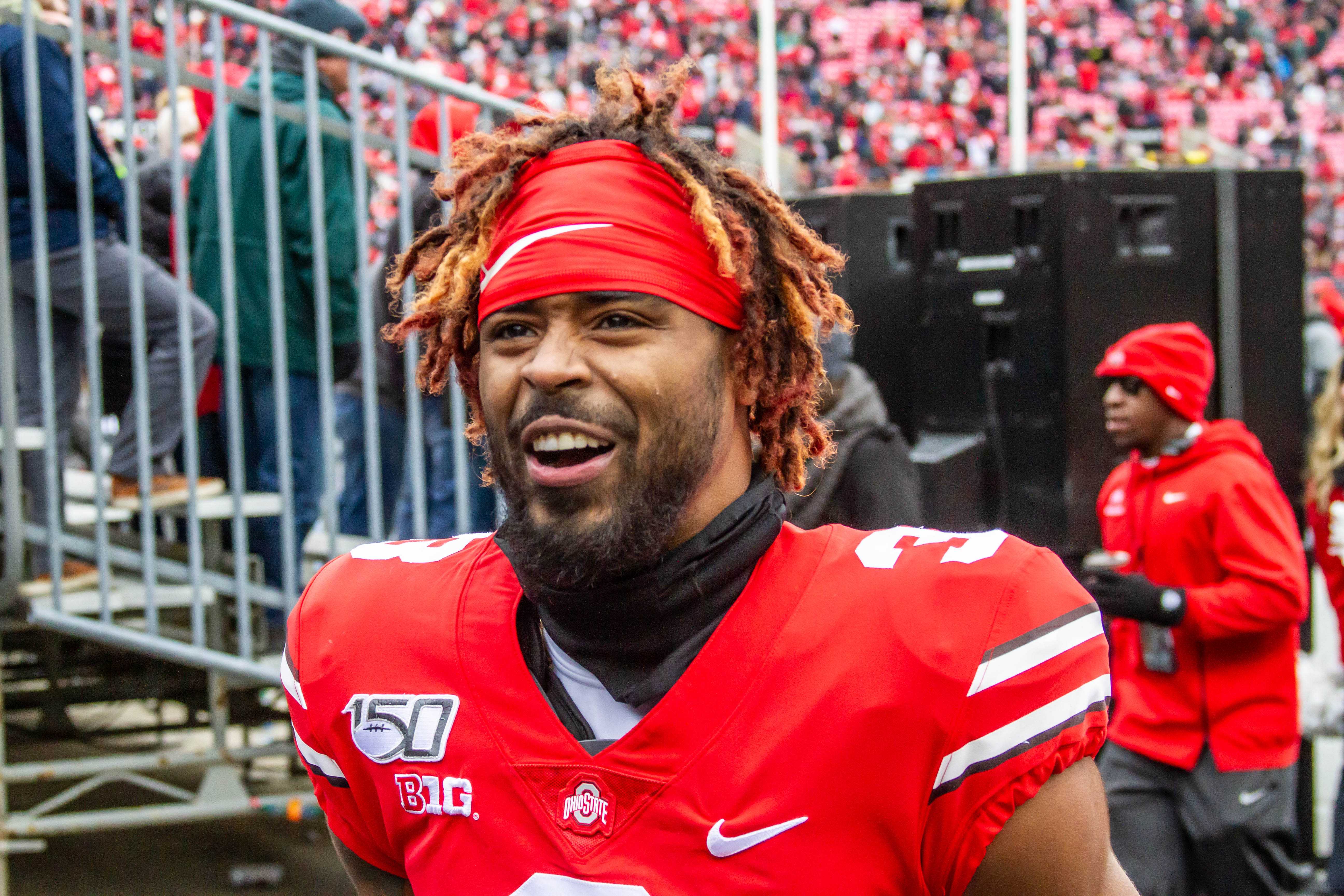 Ohio State knew it was never going to be challenged by Maryland. The Terrapins showed life at the beginning of the season but had been one of the worst teams in the Big ten since the start of October. The defense is paltry, the offense lacks playmakers and doesn’t have the creativity from the coaching staff to make up for it. Josh Jackson has been playing behind a bad line when healthy, and when he’s off the field the Terps going from a bad passing attack to no passing attack.

To put it simply, Maryland was never going to challenge Ohio State, and it didn’t. The Buckeyes won 73-14 in a game that wasn’t even that close, and had completely ended the game within the first 15 minutes. There would be very little to take from this game schematically if it wasn’t for one big shadow currently over the program in the form of Chase Young’s suspension.

The loss of Young for one game, and likely at least one more against Rutgers on Nov. 16, provides at least one challenge for the Ohio State staff, as it has to figure out a way to scheme around the hole in their defense where Young is supposed to be. Against Maryland, the Buckeyes did it brilliantly, scheming their way to seven sacks and what would have been a shut out had the starting unit played all 60 minutes.

As it has on essentially all blitzes this season, Ohio State stuck with misdirection and numbers advantages as its preferred avenue for blitzing, it just did it more often to fill in for the loss of Young.

The Buckeyes showed off a new look on the first drive of the game here to force an incompletion and a three and out. This is a creeper blitz, as mentioned on BSB a few weeks back, but this is actually a brand new way of running it from Ohio State. The Buckeyes have Zach Harrison inside at defensive tackle and use his athleticism as the drop man into a shallow zone, while Malik Harrison blitzes off the edge, with the rest of the defense in a cover 1 (man coverage with a deep safety).

Josh Jackson is rushed because of the blitz, and with solid coverage Ohio State is able to force an incompletion on a pass that was nowhere close to the line needed for a first down.

The Buckeyes relied not just on scheme, but also on improved play from their linebackers. The linebackers have been significantly better in 2019 than they were in in 2018, but they’ve still yet to bear much of the load in any game this season because of the talent up front.

Against Maryland they were asked to do quite a bit more and delivered, with just about every linebacker putting up a strong performance. That reliance on them shows here, as Pete Werner makes an outstanding individual play to blow up a blocker and essentially catch the Maryland back from behind, completely stopping his progress and holding him to no gain. That’s an extremely impressive play.

The linebackers showed up again later in the first quarter, as they did basically all game, with a great play from Harrison.

Ohio State is in its usual cover 3 look here and actually bites a little too hard on the play action fake, but Harrison is able to take a big play off the board by dropping back into his zone once he reads the play, before getting vertical and knocking the ball out of the air on what was going to be a big completion on a really well designed play for Maryland.

The Buckeyes went back to the unique blitzes on this sack a few plays later.

They bring six rushers here to account for the tight end that Maryland is using as blocking help, with the back five again in that cover 1 look. The linemen are in a straight rush, while Tuf Borland and Malik Harrison are stunting to free up Borland while the center is preoccupied with Harrison. There are only three down linemen but the Buckeyes come out in3-4 with an extra linebacker rushing off the edge, while Werner is the lone linebacker in coverage. The six man rush is enough for Borland to get home quickly and finish off the play.

A quick note on the cover 1, and Ohio State’s usage of it in this game. The Buckeyes don’t run a ton of cover 1 in general, because while the linebackers have been very impressive this season, they still aren’t very good in man coverage, because very few linebackers are. In this game, and against a few other teams this season (most notably Wisconsin), the Buckeyes have run more cover 1 than they usually would. This isn’t because of a change in philosophy in the staff, it’s because they don’t respect Maryland’s receivers, just as they didn’t respect Wisconsin’s receivers. They won’t show this as much against Penn State and Michigan, because Penn State and Michigan have good receivers, unlike Wisconsin and Maryland.

Back to the film, and back to another sack, this one is less schemed than it is just a great play.

The Buckeyes bring five rushers, with two linebackers in a zone keying on the run if they see it. Maryland does run, and Robert Landers makes a great play. The extra rusher helps, but this is just a case of talented football players having good discipline and making a good play.

Speaking of, Harrison made maybe the play of the day with this tackle on a swing pass.

Harrison’s zone is in the middle of the field, making this in no way his responsibility. However, he reads the pass right away, sticks with the back on the swing route and chases him down before Shaun Wade is even able to get off his block and make the play. Ohio State has shown its ability to adjust on the fly time and time again this season, and this is Harrison doing just that, and making a great play. That’s the sign of a well coached player and a well coached defense.


Both of these sacks, the first from Tyreke Smith and the second from Hamilton, are just cases of Ohio State being significantly better than Maryland. There’s nothing too complex happening here. The Buckeyes drop into a cover 3 on both players, with no extra rushers and both plays result in sacks because of great individual effort. The Buckeyes lost the best one-on-one pass rusher in the country, and can still beat just about any team they play with a four man pass rush, because of how deep and talented Larry Johnson’s group is.

Ultimately, that’s the best way to describe Ohio State’s efforts in replacing Young. His prescence is one that will always be felt and one that can certainly be missed if you’re looking for it, but fundamentally, this is the same defense. There may be a few more blitzes, a few more things that are a predicated around misdirection rather than sheer talent, but the loss of Young isn’t sinking the Buckeyes, because the Buckeyes are far too talented and far too well coached.

If Ohio State is without Young against Penn State and Michigan, you may start to see a slight impact. However, until that actually happens, there’s no reason to think that the Buckeyes are anything less than the best defense in America, led by a pass rush that opponents can only hope to slow down.