Eliano, Walton Excited For Opportunity To Work Together 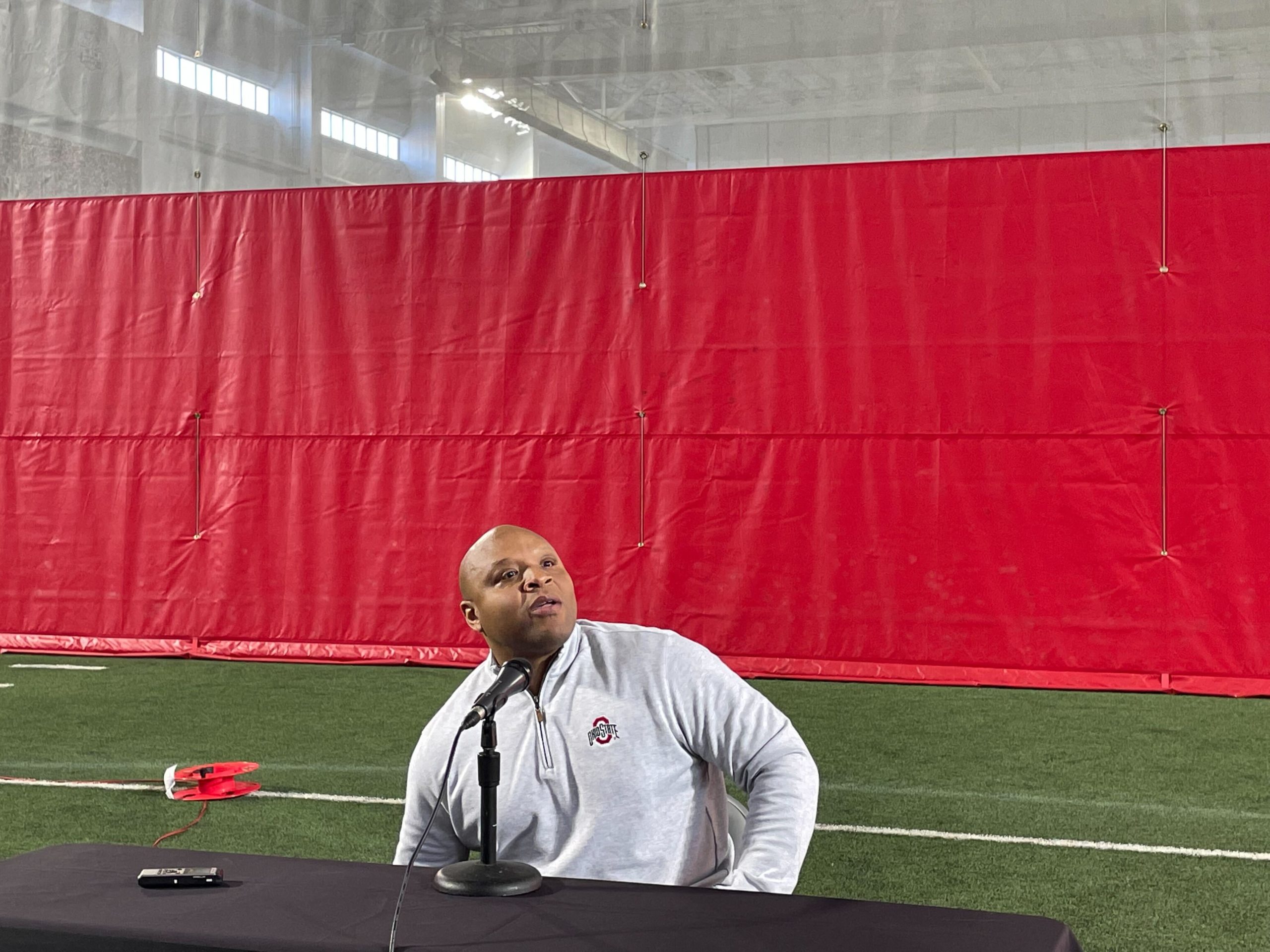 Eliano and Walton will split responsibilities along the secondary at the insistence of defensive coordinator Jim Knowles, according to head coach Ryan Day, and the two new coaches met with the media Monday for the first time on Monday, expressed excitement at the opportunity to work in tandem this upcoming season.

“We all have our specialties as far as I’m coaching the safeties, he’s coaching the corners,” Eliano said. “But at the same point in time, we’re a secondary. And I think that’s extremely important, just in my time as a coach, that those two entities work together.

“Just like when I was at Cincinnati, I coached the corners and we had a safeties coach – we still are one,” he continued. “It’s not corners and safeties. Yeah, we have our position, but at the end of the day, we are a secondary. We are defensive backs. I’m just excited to pull from him and vice versa.”

Walton, who has been in coaching since 1995, said he’s been aware of Eliano, who himself has been coaching for over 20 years.

“The thing about coaches, a lot of guys know a lot of the same people,” he continued. “Even though you don’t necessarily work with them, you become friends with them or get to know people throughout the journey of the coaching life.”

Eliano got his start playing college football at Stephen F. Austin from 1996-99 and later was a graduate assistant for his alma mater. He had stints at Sam Houston State, Central Arkansas, UTSA, Bowling Green and Cincinnati, where he helped lead the Bearcats to a berth in the College Football Playoff this past season.

Walton, meanwhile, began his football at Ohio State, where he played in 41 games from 1990-93 and totaled 159 tackles, 10 interceptions and 11 pass breakups. He was a member of the 1993 team which was named Big Ten champions.

With Eliano and Walton both bringing in extensive experience, Day said Ohio State is fortunate to have them both coaching the secondary.

“Both Tim and Perry have tremendous resumes,” he said. “We saw what Perry did in 2021 and Tim’s background of both playing here and coaching in the NFL, they both have great secondary backgrounds. They’re going to work together…They’ll start to build their relationship as time goes on but we’re very fortunate to have those guys as part of the organization.”