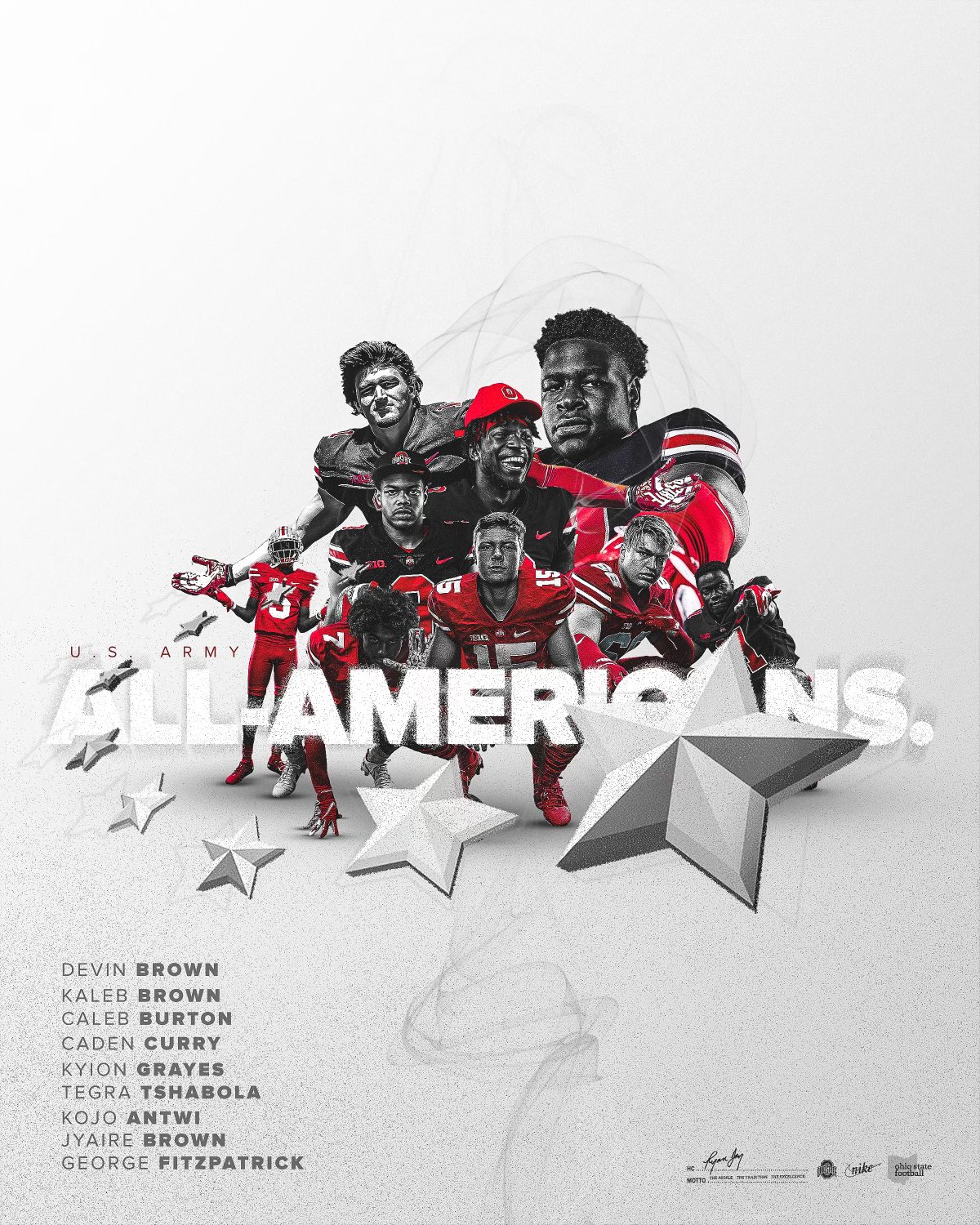 Ohio State had a strong showing on the roster at the Army All-American Bowl on Saturday, with 11 commits – nine signed, with offensive lineman Carson Hinzman and defensive tackle Hero Kanu, who committed Saturday, set to sign on National Signing Day – earning All-American honors.

While not all were able to participate – namely Kaleb Brown and Jyaire Brown, who were both out after testing positive for COVID-19 – a number of Buckeyes were able to make an impression on those in attendance at the Alamodome.

Devin Brown was one of the top prospects participating in the game, but it was Grayes who found himself involved in a number of highlights on the afternoon.

Curry was the only future Buckeye who participated in the game on defense, and he made the most of his snaps, getting pressure throughout the afternoon on the East quarterbacks.

This was the final hurrah for the majority of these players, as some will soon get on campus, including a number of early enrollees at Ohio State, including Currey, Devin Brown, Grayes and Fitzpatrick, among others.