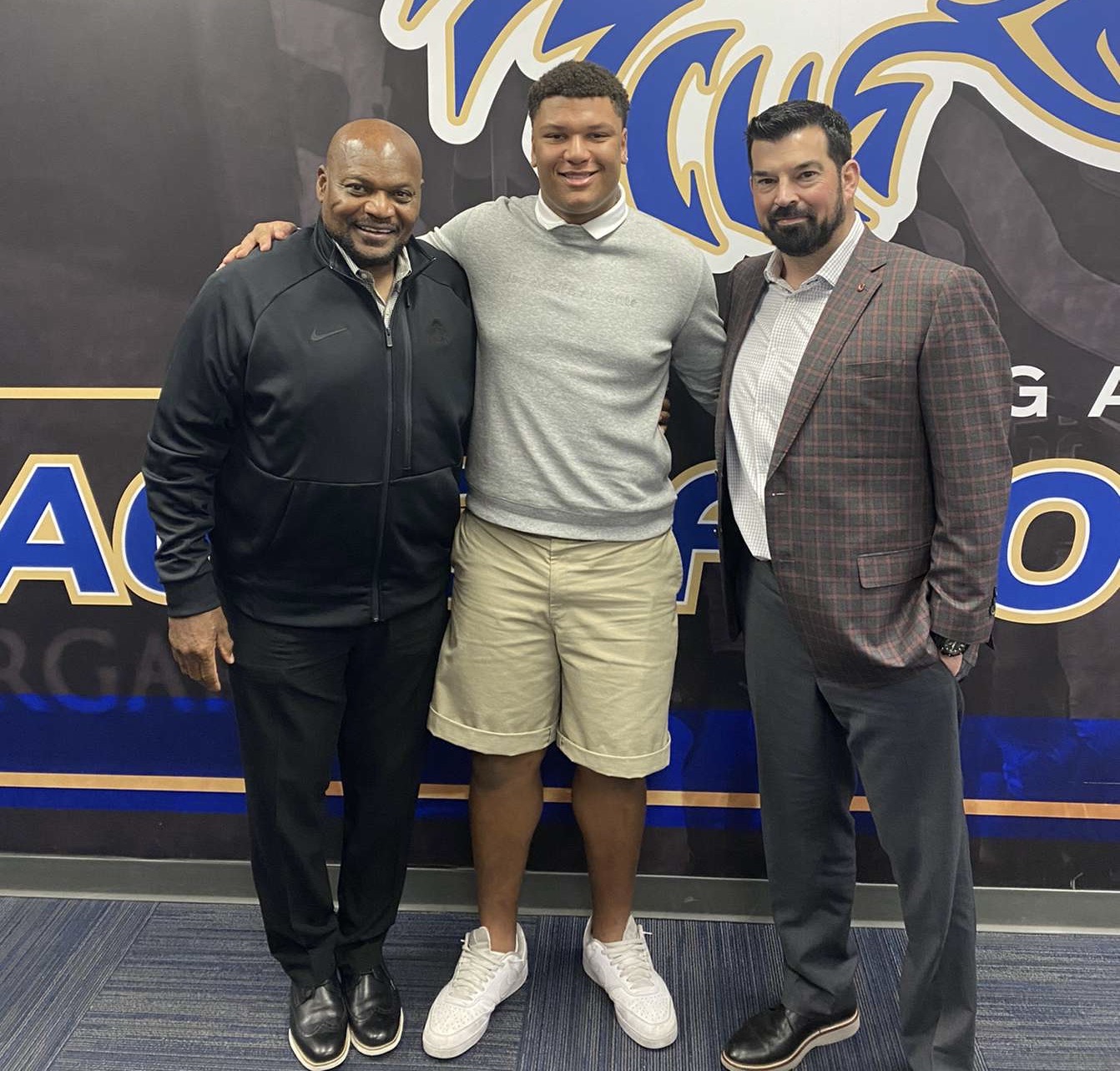 Kanu, originally from Germany, is rated as the No. 105 overall prospect in 2022 and the No. 18 defensive lineman.

He was offered by Ohio State in May of last year and in addition to a number of unofficial visits, he took his official visit on Oct. 30 for Ohio State’s home matchup with Penn State. Kanu chose Ohio State over offers from Alabama, Georgia, LSU, Notre Dame and Oklahoma, among others.

At 6-3 and 293 pounds, Kanu figures to line up in the interior for Ohio State, and though he’s a clearly talented player, it remains to be seen how quickly Kanu will assimilate into the college game, as he’s only been playing football for two years.

Kanu’s commitment is No. 21 for Ohio State in its class of 2022, which ranks as the fourth-overall in the country. He’s joined in the class by three other defensive linemen with Duncanville (Texas) four-star defensive end Omari Abor, Greenwood (Ind.) Center Grove four-stare lineman Caden Curry and Hollywood (Fla.) Chaminade-Madonna Prep four-star lineman Kenyatta Jackson.

Initially viewed as a sore spot for the class during the early period, the defensive line saw a boost in the following weeks with Kanu and Abor’s commitments. Combined with last year’s defensive line class, which featured J.T. Tuimoloau, Jack Sawyer, Mike Hall and Tyleik Williams, it’s an impressive haul in back-to-back years for defensive line coach Larry Johnson.