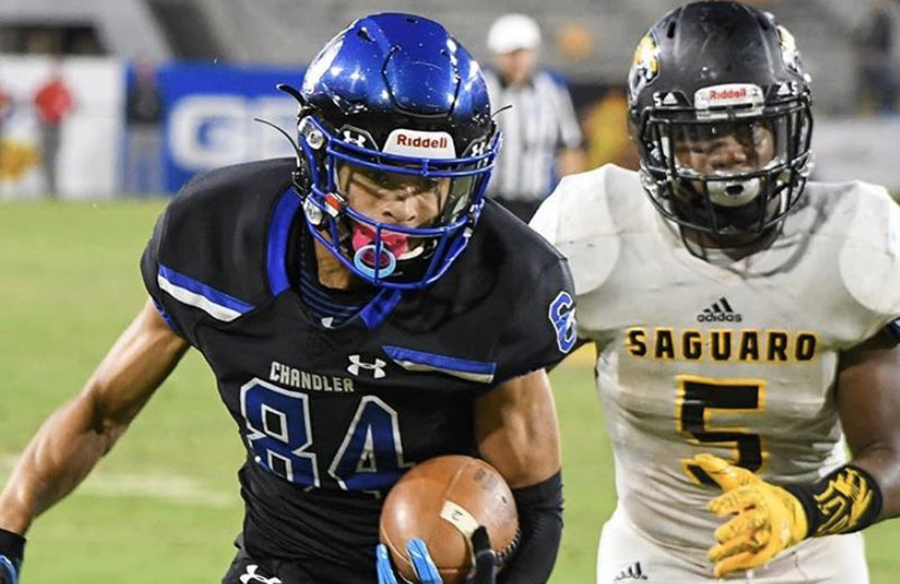 Get to know Chandler (Ariz.) four-star wide receiver Kyion Grayes, who signed his National Letter of Intent with Ohio State on Wednesday.

247 Composite Rankings: He’s rated as the 106th overall prospect, the 15th wide receiver and the No. 2 recruit out of Arizona.

How he did in high school: Grayes finished his varsity career at Chandler High School with 55 receptions for 1,027 yards – nearly 19 yards per catch – and 14 touchdowns. Chandler High School made it all the way to the 2021 AIA State Football Championship before falling to Saguaro.

Why he committed to Ohio State: Grayes had initially been committed to in-state Arizona since August 2020, but an offer from Ohio State in October of that year, as well as the firing of then-head coach Kevin Sumlin, changed the complexion of his recruitment.

While Grayes was never able to take an official visit before his commitment, he got on campus for the “Buckeye Bash” on June 4 and shut down his recruitment.

“Coach (Hartline) has kept it real with me since day one, and I’ve appreciated that,” Grayes told Cleveland.com. “He was the same person over the phone as he is in person. That’s all I want is for a coach to keep it real with me. It was exciting to actually be in front of my future coach and learn from him in person.”

Where he fits in for 2022: With the likely loss of Chris Olave and Garrett Wilson following this season, the Buckeyes are heading into next season with Jaxon Smith-Njigba as the only veteran option, meaning there’s room for a receiver to step up.

While Grayes will likely find himself lower on the totem pole than others like Emeka Egbuka or Marvin Harrison Jr., or perhaps even Caleb Brown in his class, there will be a chance for him to get on the field and show what he can do in his freshman season.