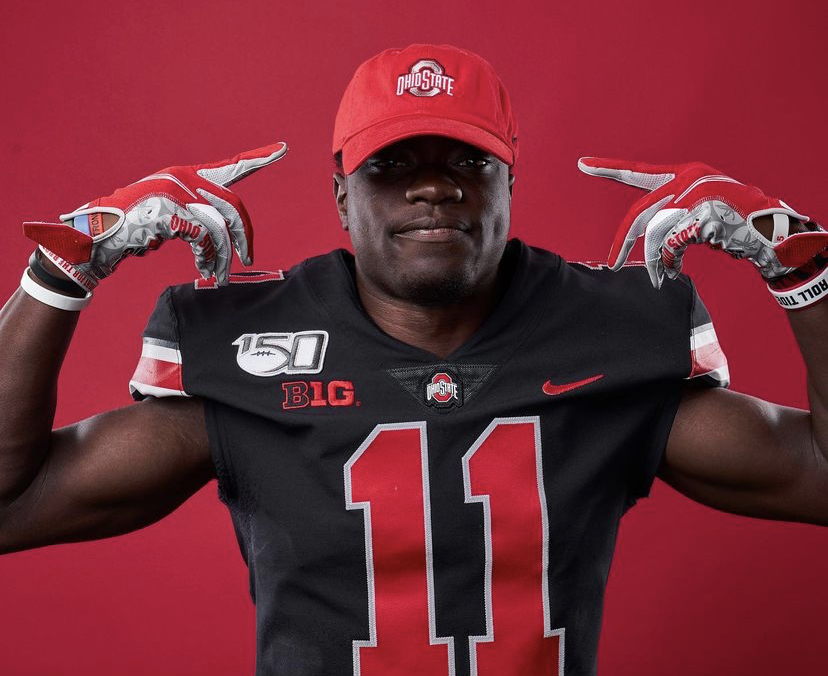 Get to know Suwanee (Ga.) four-star wide receiver Kojo Antwi, who signed his National Letter of Intent with Ohio State on Wednesday.

247 Composite Rankings: He’s rated as the 146th overall prospect, 23rd-best wide receiver and the No. 16 recruit out of Georgia.

How he did in high school: Antwi played three varsity seasons at Suwanee High School, catching 121 passes for 1,839 yards and 20 touchdowns. During his senior season, he was featured both as a pass catcher and ball carrier for his team, totaling 29 receptions for 365 yards and five touchdowns while adding 32 carries for 222 yards and three scores on the ground.

The Georgia native told Letterman Row’s Jeremy Birmingham that he wanted to keep his commitment low-key, using a thoughtful and calculated approach to select the school where he would continue his academic and athletic career.

“I’m trying not to really give anybody any guesses on where I’m committing. But Ohio State was great. My family loved Coach (Ryan) Day as a coach and as a person. We had about a 30-minute talk before we left campus and it was great. It’ll be very tough making a decision, especially after this visit with Ohio State.”

Antwi had five crystal ball projections the week before he committed to Ohio State, three of which were to Georgia, one was Ohio State and one was Texas A&M. Ultimately, three crystal balls favored the Buckeyes in the final days before Antwi’s decision.

Where he fits in for 2022: After Chris Olave and (likely, but not confirmed) Garrett Wilson leaves for the NFL this season, Jaxon Smith-Njigba, Julian Fleming and Emeka Egbuka look to be the likely candidates to start at wide receiver for Ohio State in 2022.

Marvin Harrison Jr. and Jaylen Ballard will also compete for snaps in the highly talented wide receiver room. Antwi will likely contribute on special teams, but his development will primarily occur in the weight room and in practice next year.