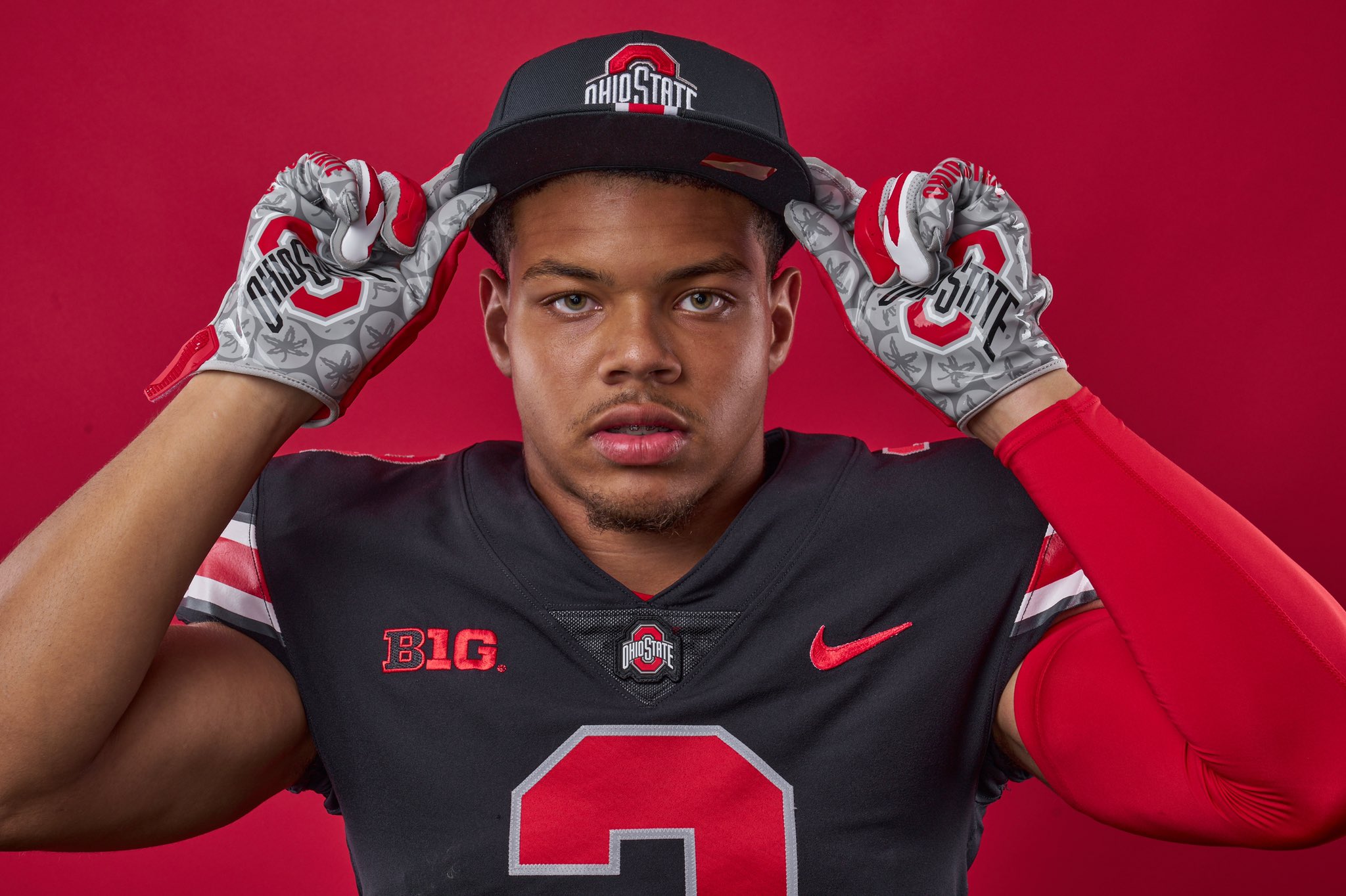 Get to know Chicago St. Rita four-star wide receiver Kaleb Brown, who signed his National Letter of Intent with Ohio State on Wednesday.

247 Composite Rankings: He’s rated as the 72nd overall prospect, 10th-best wide receiver and the No. 2 recruit out of Illinois.

How he did in high school: Brown primarily played running back for St. Rita High School but is considered a future wide receiver. He led the Mustangs to a 5-1 season in 2020-21, the only loss being a 7-3 defeat to top-ranked Loyola.

“He’s unbelievable,” St. Rita linebacker Michael Gaughan said in June 2021. “I’m really proud of him, how he stepped up this season. He was a little nervous last year as a sophomore, but he was a leader this year. He’s going to be something special. It’s his team next year, and I can’t wait to see what he does.”

In 2021-22, Brown continued taking snaps at tailback but worked more frequently on the outside, further developing his route running and pass-catching ability. St. Rita went 11-2 before falling to Wheaton North in the Illinois High School Class 7A tournament.

The Chicago native brings intriguing versatility to the Ohio State receiver room — somewhat similar to what Curtis Samuel provided the Buckeyes in the later years of his career — in that he can both run and catch the football from multiple positions. Head coach Ryan Day and offensive coordinator Kevin Wilson will find ways to get the ball in his hands to become a dangerous offensive weapon.

Where he fits in for 2022: Brown will sit behind a talented bunch of receivers as a freshman. With Chris Olave and (likely, but not confirmed) Garrett Wilson leaving for the NFL, Jaxon Smith-Njigba, Julian Fleming and Emeka Egbuka look to be the starters in 2022.

Marvin Harrison Jr. and Jaylen Ballard will also compete for snaps next year, with 2022 recruits Kojo Antwi, Caleb Burton and Brown taking a backseat role, developing in the weight room and in practice.