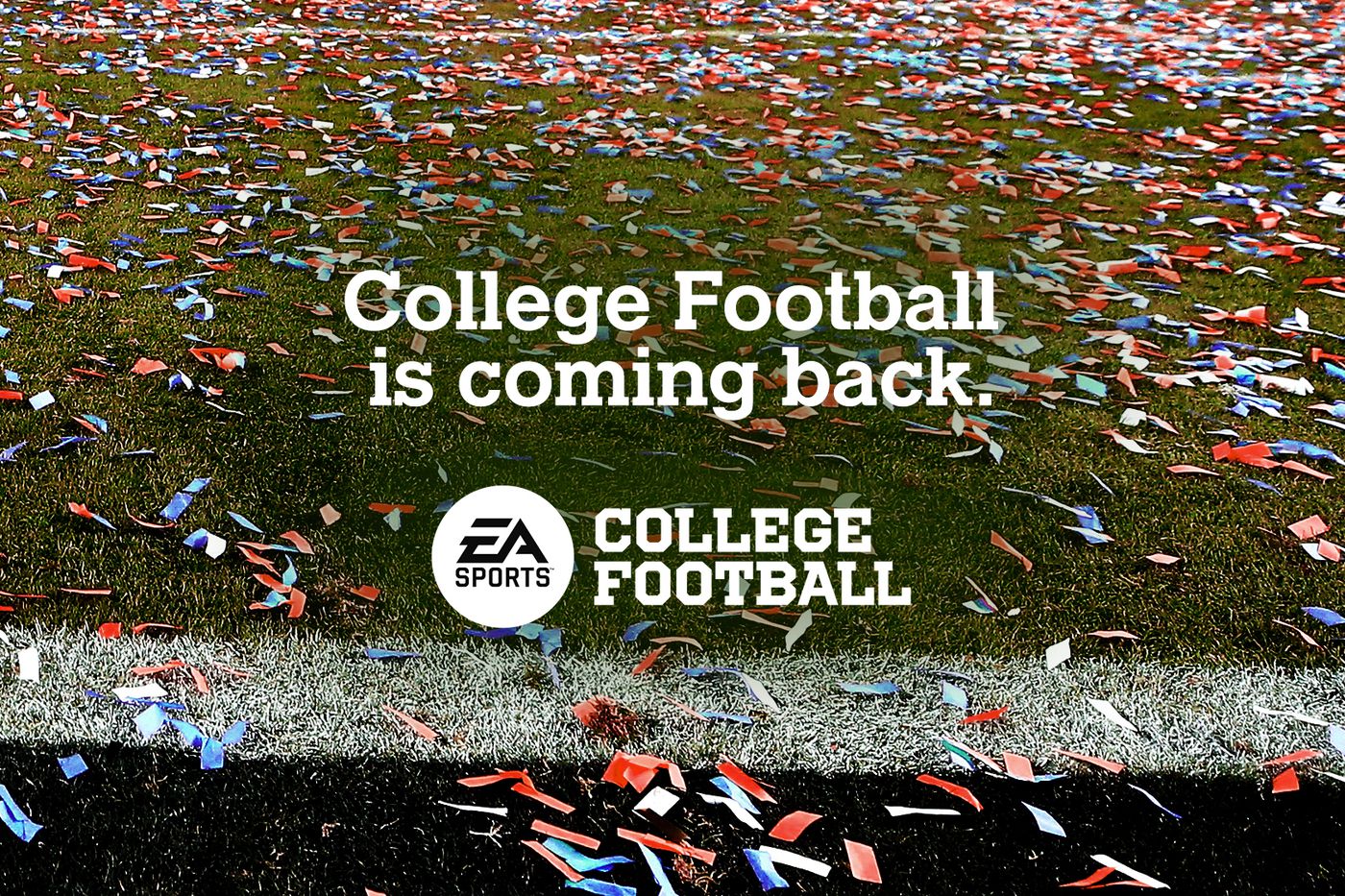 “We’ve heard from the millions of passionate fans requesting the return of college football video games,” EA Sports executive vice president Cam Weber said in a statement. “We love the energy, tradition and pageantry of college football and I am beyond thrilled to say we are back in development. We have a lot of really exciting work ahead of us, and a great team that is eager to bring a new game to players in the next couple of years.”

It’s unclear when the new franchise, titled “EA Sports College Football,” will be made available on Next Generation consoles, but the company has already partnered with Collegiate Licensing Company to include more than 100 teams and their stadiums, uniforms, gameday traditions and playbooks.

The plan is to move forward without rosters that include the names, images or likeness of actual college players, which previously resulted in lawsuits and is the reason the NCAA did not renew its licensing contract with EA Sports after NCAA Football 14, which featured former Michigan quarterback Denard Robinson, was released. The company never claimed the players in the game represented their real-life counterparts, but their uniform numbers, positions, heights, weights, hometown and ethnicity were often aligned.

NCAA rules prohibit student-athletes from profiting off of their name, image and likeness, so the new game’s rosters would be composed of randomly generated names, numbers and attributes to avoid any potential infringement on any current player’s rights. Those rules are likely to be changed in the near future, though, which would seemingly allow EA Sports to negotiate with individual players.

“We’ll just keep tabs on everything as it develops and we’ll be ready,” EA Sports vice president and general manager Daryl Holt told ESPN’s  Michael Rothstein. “That won’t be a problem for us (in terms of making the game). But it’s really, that’s not an answer for us right now to decide. We’re as much passengers as anyone else.

“So we make sure we deliver what our college football game players would want in a game. And that starts with just a very immersive experience, and there’s lots of things we can do to bring the true college game play and game day to the virtual world.”

EA Sports’ college football franchise was originally titled “Bill Walsh College Football” and released in 1993 on Fourth Generation video game consoles such as Sega Genesis. It was rebranded to “College Football USA 96” in 1995 and “NCAA Football 98” in 1997 for the original PlayStation.