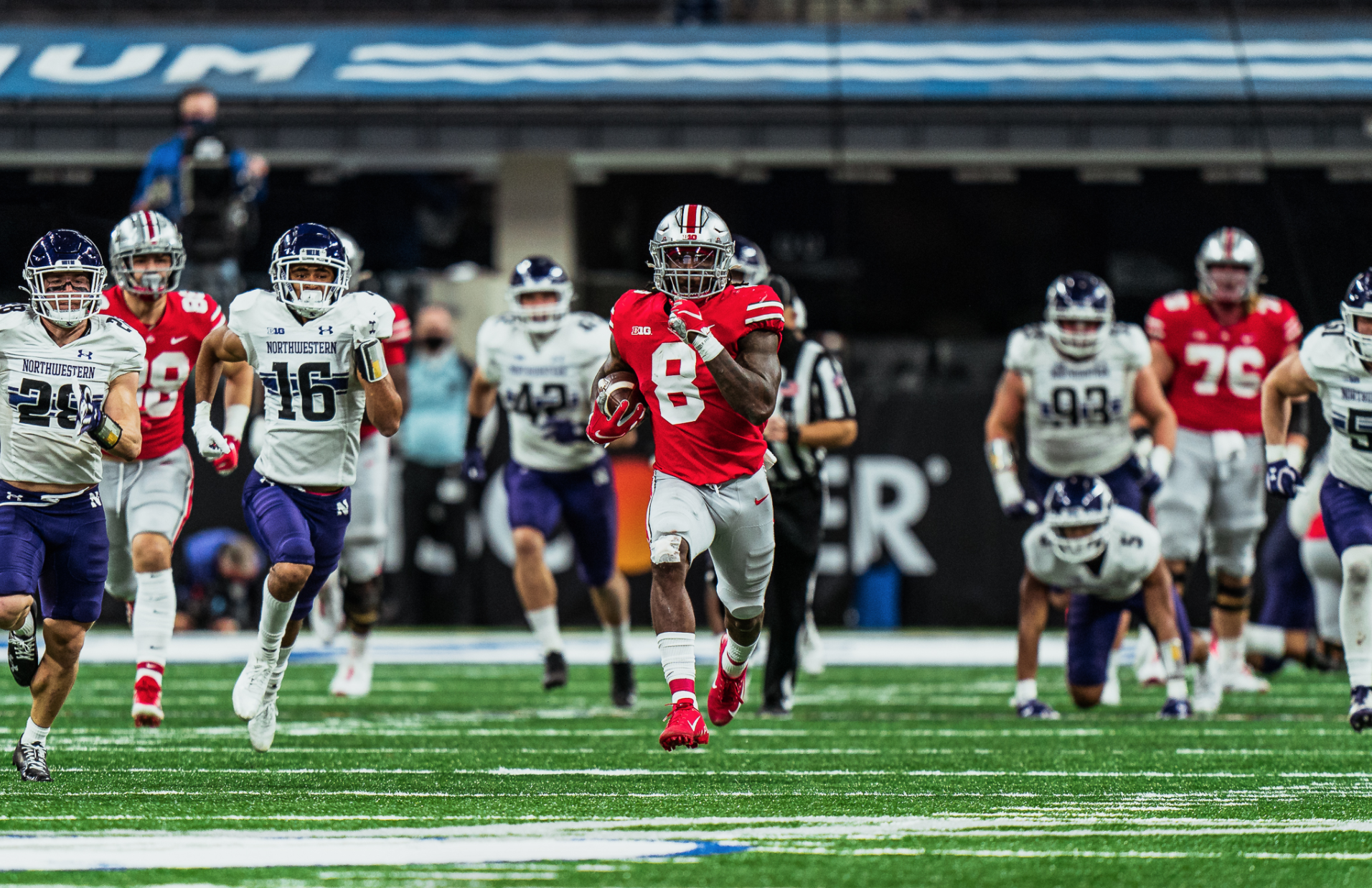 This story is the sixth of 10 that comes from the print edition of Buckeye Sports Bulletin, where the staff selected the 10 best plays from the 2020 football season.

Trey Sermon came to Ohio State from Oklahoma with the hopes of making a name for himself on a championship contender. Through five games of the season, Sermon had some flashes, but he was still missing that moment that made the transfer from the Sooners truly worthy of that achievement.

That moment came in the Big Ten Championship Game, where the senior running back single-handedly carried the Buckeyes over the Wildcats with a performance for the ages that will not soon be forgotten.

“There was a time probably after week two or week three, we really weren’t sure what’s going on, just maybe not hitting the hole right, didn’t have a lot of confidence, and we didn’t know Trey, so we weren’t sure exactly what we had there,” Ohio State head coach Ryan Day said of Sermon after the game against Northwestern. “To see him persevere again through all that, to play the way he did in this game and break records like that, that’s tremendous – against a really good run-stopping defense.”

Sermon, taking over after a Master Teague injury, rushed 29 times for a program-record 331 yards against the Wildcats, scoring Ohio State’s only two touchdowns in a 22-10 victory.

There are plenty of plays to pick from in this historic performance, but the one he broke the record on stands out.

On a second-and-3 from the Northwestern 31, Sermon took a carry up the middle and almost immediately broke a tackle, found a hole to the right side of the field and somehow hurdled a Wildcat defender while stumbling to the ground, all for a 23-yard gain to set up first-and-goal.