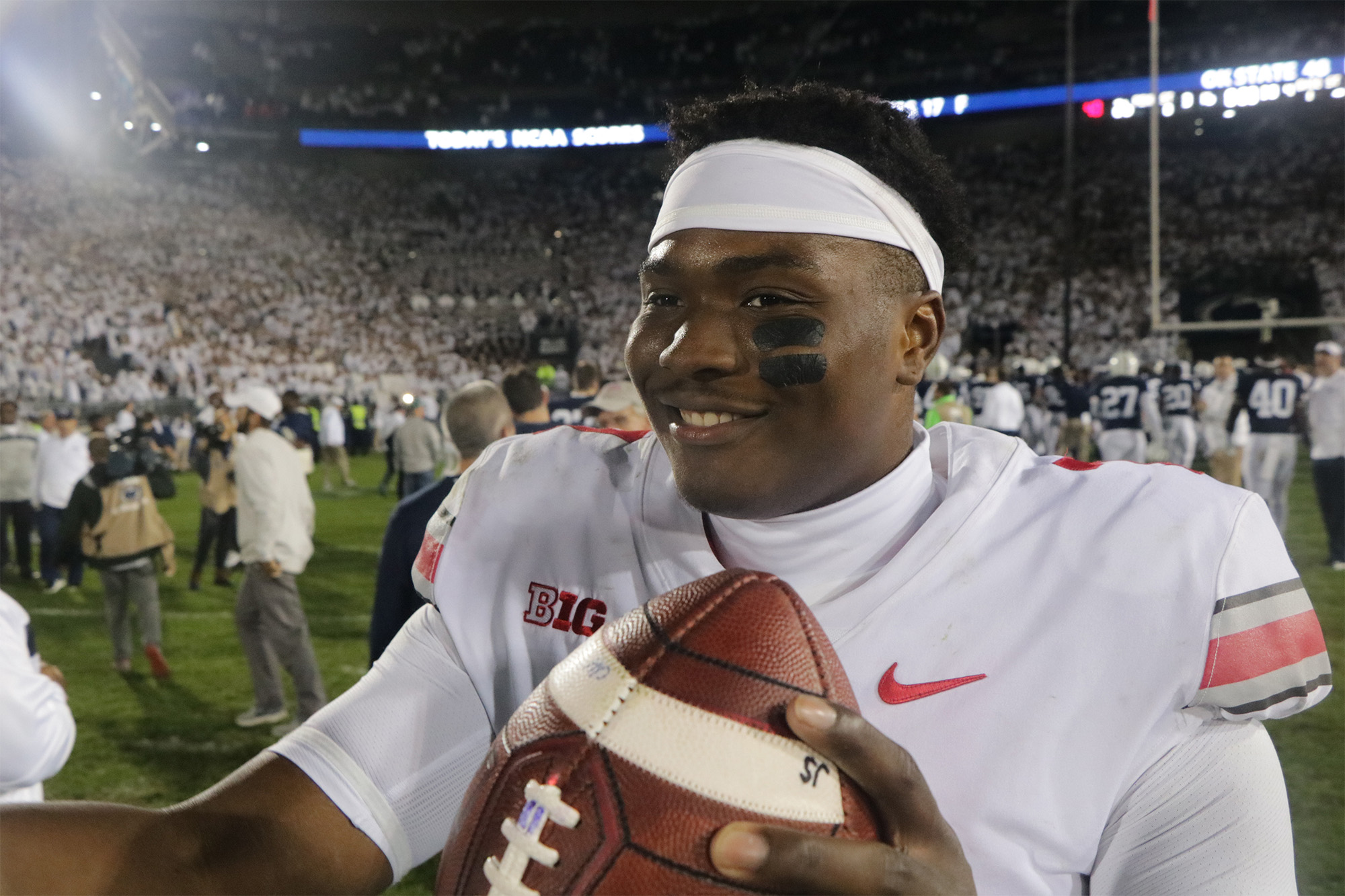 Haskins, who has already been named the Big Ten Offensive Player of the Year and Quarterback of the Year, was awarded the Chicago Tribune Silver Football on Friday, which goes annually to the top player in the Big Ten conference.

The Potomac, Md. finished with 11 total points in the voting for the award, placing him three points ahead of second place finishers Trace McSorley of Penn State and Johnathan Taylor of Wisconsin.

On the year, Haskins has completed 69 percent of his passes, throwing for 4,081 yards and 42 touchdowns to just seven interceptions. He has set both Ohio State and Big Ten records for touchdown passes and passing yards in a single season while leading the Buckeyes to a second straight Big Ten title game.

Ohio State is set to take on Northwestern on Saturday at 8 p.m. from Lucas Oil Stadium in Indianapolis. The game will be televised on FOX.