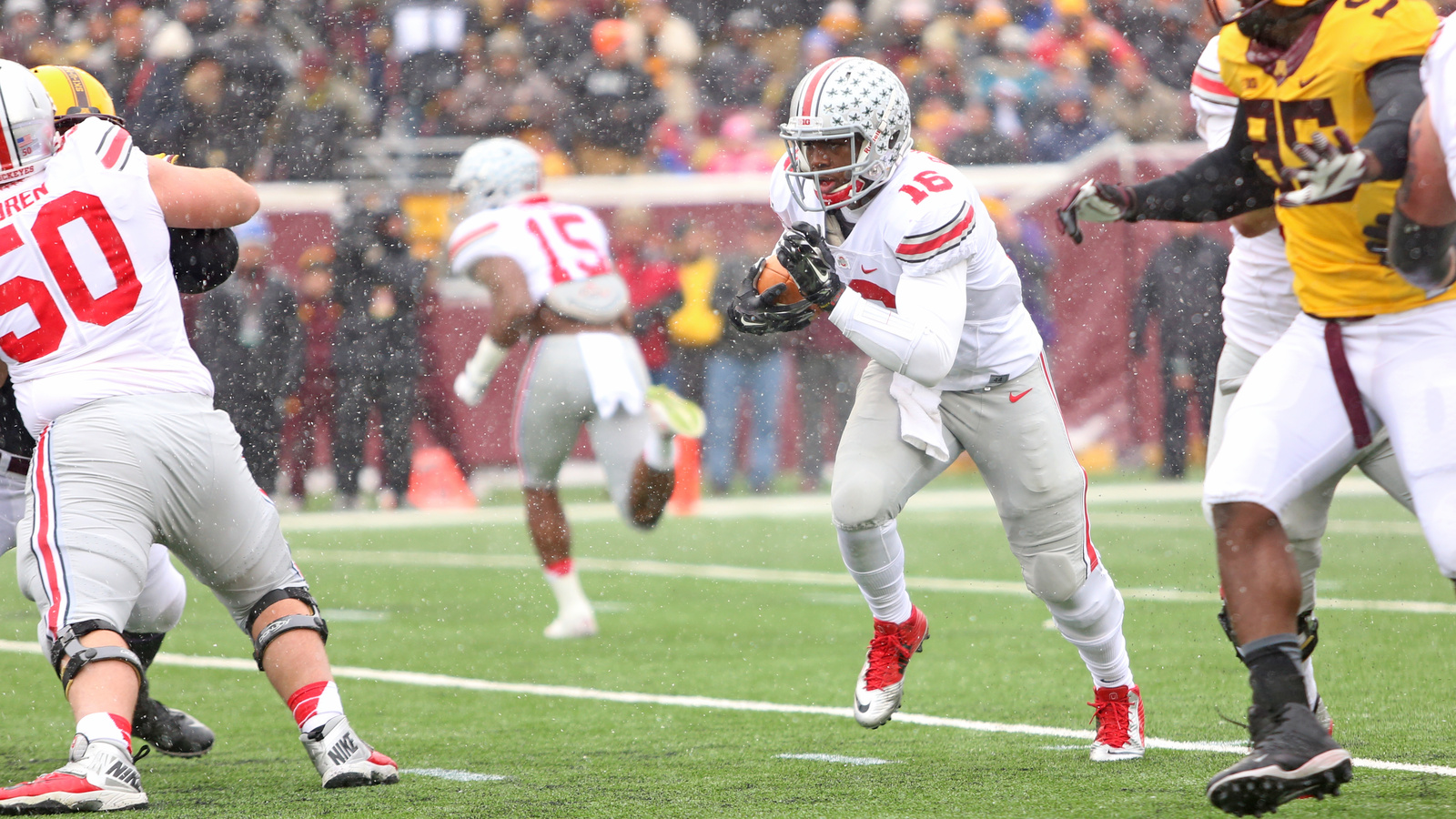 The Detroit Lions announced on Saturday that former Ohio State quarterback J.T. Barrett has been hired to the team as an offensive assistant.

A three-time Griese-Brees Quarterback of the Year Award winner, Barrett spent five seasons at Ohio State, throwing for 9,434 yards and 104 touchdowns and rushing for 3,262 yards and 43 touchdowns in 50 games. Also a three-time first-team All-Big Ten honoree, he helped lead the Buckeyes to a national championship in the 2014 season.

Barrett most recently appeared in the Canadian Football League, playing for the Edmonton Elks. He went undrafted in 2018 after leaving Ohio State but caught on as an undrafted free agent with the New Orlean Saints, and also appeared on the practice squad for the Seattle Seahawks and Pittsburgh Steelers before being waived prior to the 2020 season.

NFL Network’s Ian Rappaport reported that the 27-year-old Barrett will likely work with the quarterbacks in Detroit.

Several former Buckeyes are on the Lions’ roster, including a pair of Barrett’s former teammates in Taylor Decker and Jeff Okudah, as well as Jashon Cornell and Jonah Jackson.