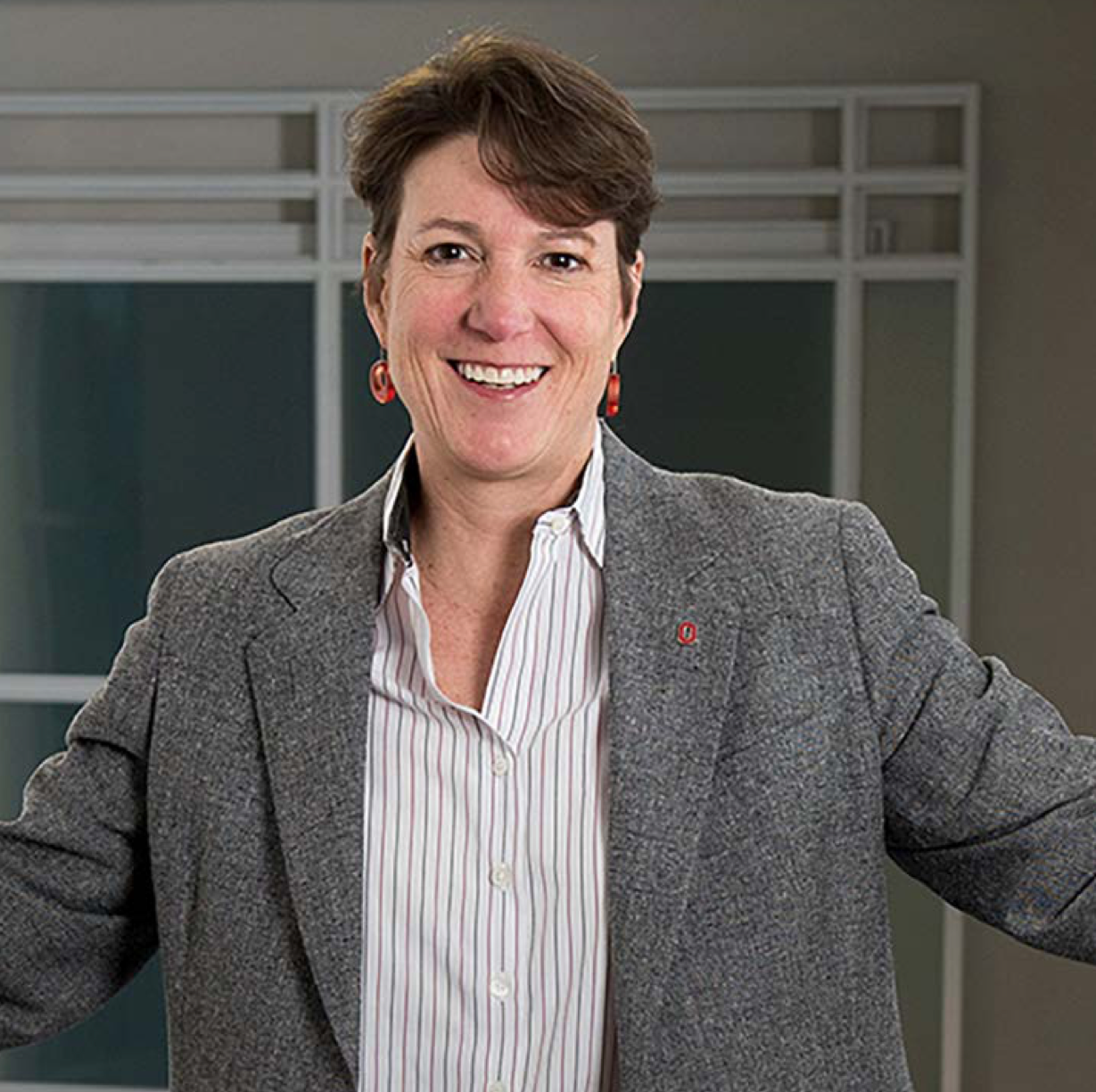 From the hardwood to the headset, Kristin Watt has seen it all. A four-year letter winner at Ohio State from 1981-85, Watt played under former Ohio State women’s basketball head coach Tara VanDerveer and was named a captain in her senior season – a year the Buckeyes advanced to the program’s first Elite Eight.

Though Watt did not start for Ohio State, her impact was felt as a leader for the team. During her seasons, the Buckeyes won four Big Ten championships and made three appearances in the NCAA tournament. After completing her playing career and graduating from Ohio State, Watt returned to the university for law school and began her career in broadcasting, where she has provided color commentary for the Ohio State women’s basketball team since 1987.

A fierce advocate for the university and for women’s sports, Watt became the inaugural president of the Women’s Varsity O in 1992 and served as chair of the Ohio State Alumni Association board of directors.

Buckeye Sports Bulletin staff writer Braden Moles spoke with Watt for the annual interview issue and in a three-page Q&A, Watt discussed her playing career, her experience as a broadcaster and the work she has done for equality at Ohio State.

Here is a sampling of questions Moles asked Watt about:

BSB: Throughout that process, what was your first impression of then-head coach Tara VanDerveer?

Watt: “She was really young. She was very professorial. I knew that we were never going to be out-conditioned by anyone. She was not a coach that got up in your face, and we were winning, so we all loved it. I thought she was a great coach, and obviously she’s a Hall of Fame coach now, which is kind of fun to say that we were coached by the best.

“And (at) Ohio State, we never wanted for anything. We felt like we were on par with the men’s team. She fought for all those equal rights for us. Our locker room was basically the same. We had the same weight facilities that the guys had. We had the same gym facilities the guys had, same training-table opportunities and tutoring opportunities. We had sports psychologists, and we had our own trainer. It was amazing how she and Phyllis Bailey fought for our program to be on par. I didn’t appreciate that when I was being recruited, but by my first year I realized, ‘Wow, we’ve got it good.’ And when we traveled to other schools, we had it so much better than other schools.

“Ohio State treated our sport way differently than other universities treated their women’s basketball teams at that time. A lot of that was Tara, and a lot of that was Phyllis Bailey, the director of women’s athletics at the time, who is also a legend.”

BSB: In past BSB stories from your playing career, both you and Tara noted that you didn’t appear psychologically prepared for basketball at the college level, at least until your later seasons. How did you adjust to that aspect of the game?

Watt: “It took a while. I was very naive coming in. I didn’t appreciate what I was stepping into. My freshman year, I had a bad injury. That kind of held me out for a while, so I missed a lot of my freshman year and probably should have redshirted but didn’t. I hurt my shooting arm, my elbow, and that put me back. By the time I got going, I was a junior.

“I’m very proud of my career, and the way I look at it is that the team is only as good as the team that they play every day in practice. I always made sure that our guys were prepared. I don’t know if I have an answer for how that transition eventually happened, but again, I was young and naive and if there’s any lesson that I always try to tell other people is to understand what you’re stepping into better than I did. But I loved it, and I wouldn’t change a thing.”

Moles’ full interview with Watt features 20 more questions that can be seen in the July print edition of Buckeye Sports Bulletin available to subscribers. Subscribe at this link to receive immediate online access, or call 614-486-2202 to subscribe and receive online access, and ask about receiving our July interview issue.