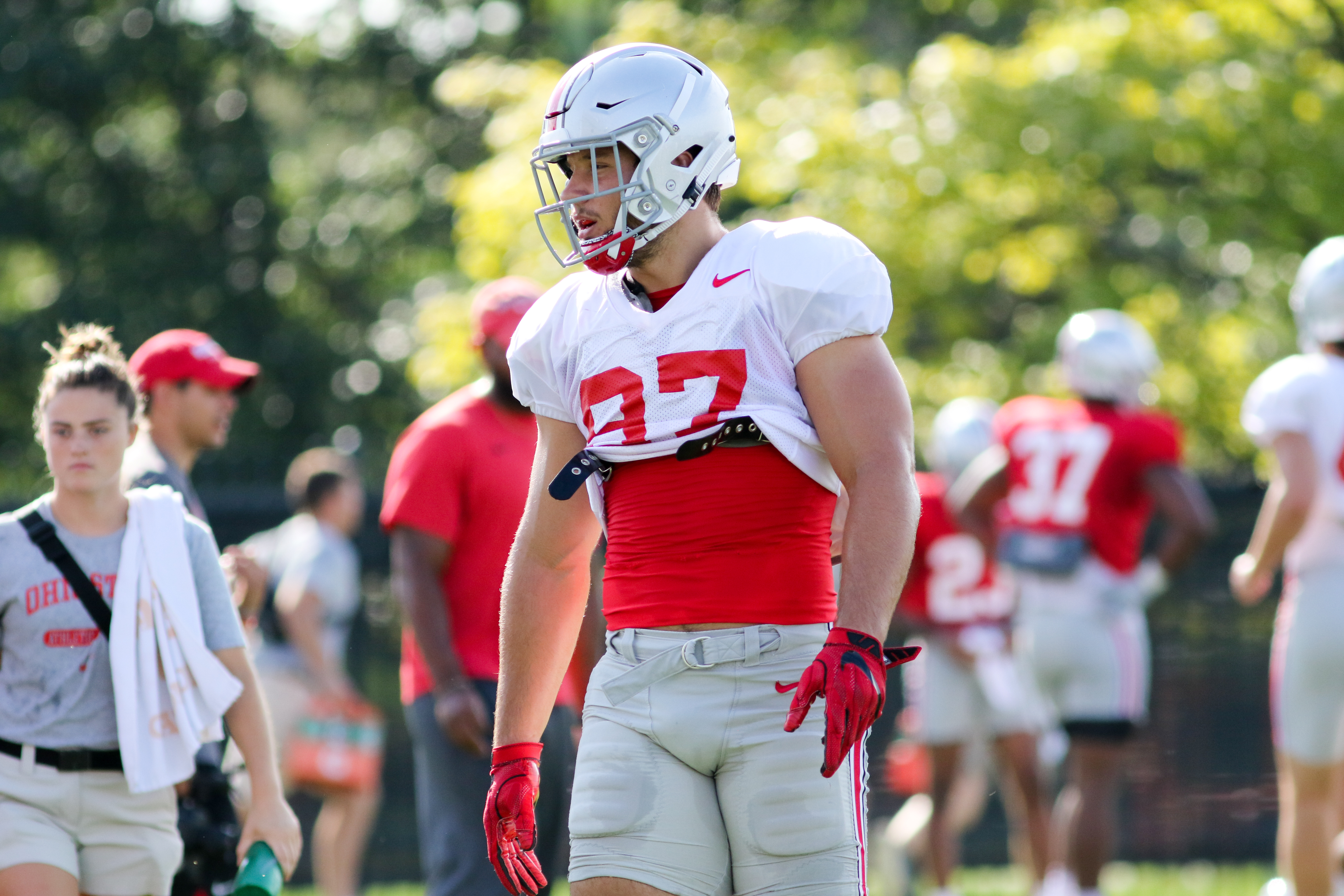 Acting head coach Ryan Day has yet to speak publicly since taking charge of the Buckeyes ahead of fall camp, but he released a lengthy breakdown of the team’s progress this fall via Twitter on Friday afternoon.

Head coach Urban Meyer has been on paid administrative leave since before the start of fall camp. A complete breakdown of the story can be found in the links posted below.

For now, Day is the head man for the Buckeyes, and he’s preparing the team for its Sept. 1 season opener against Oregon State at Ohio Stadium, a noon kickoff on ABC.

What follows are the highlights of his updates on each position group on defense so far this fall. The offensive updates can be found here.

The defensive line is arguably the most talented position group on the team, and Day said that should come as “no surprise anyone in Buckeye Nation.”

Among the top leaders of the group mentioned by Day were Nick Bosa, Dre’Mont Jones, Robert Landers, Jashon Cornell, Davon Hamilton, Jonathon Cooper and Chase Young, all of whom are expected to play key roles this fall.

Day said the freshman class has been impressive as they “position themselves to play this fall,” but he didn’t mention any of the newcomers by  name.

“Depth at this position group might be the strongest on the team,” Day said.

The linebackers are “inexperienced but talented,” Day said as all three spots are up for grabs this fall.

With Tuf Borland still recovering from a spring Achilles injury, Day said sophomore Baron Browning and junior Justin Hilliard are competing to start at middle linebacker. Fifth-year senior Dante Booker, sophomore Pete Werner, and juniors Malik Harrison and Keandre Jones were all mentioned by name at outside linebacker as well.

The cornerbacks are led this fall by Taver Johnson, who is beginning his second sting as Ohio State’s cornerbacks coach.

“His position group has focused on being consistent with their technique and their understanding of how everything fits together with this defense,” Day said.

The coach noted that juniors Damon Arnette and Kendall Sheffield are the top players in the group, followed by Jeffrey Okudah, who has bounced back after missing spring camp with an injury. Redshirt freshman Shaun Wade was mentioned by name as well, with Day saying Wade is “really progressing.”

“(Safeties coach) Alex Grinch feels it has been a very positive camp for his position group,” Day said. “Jordan Fuller, in particular, has established himself as a leader and as a playmaker on our defense.”

Day noted that there has been an ongoing competition to start opposite Fuller, with sophomores Isaiah Pryor and Jahsen Wint being the main candidates. A few younger players have been making some noise as well, including sophomores Brendon White and Amir Riep and freshmen Josh Proctor and Marcus Hooker.

With kicker Sean Nuernberger, punter Drue Chriman, long snapper Liam McCullough and kickoff specials Blake Haubeil all back in 2018, there hasn’t been much change to Ohio State’s special teams this fall.

Instead, Day said the group is focusing on improving “consistency on operation time and kick placement.”