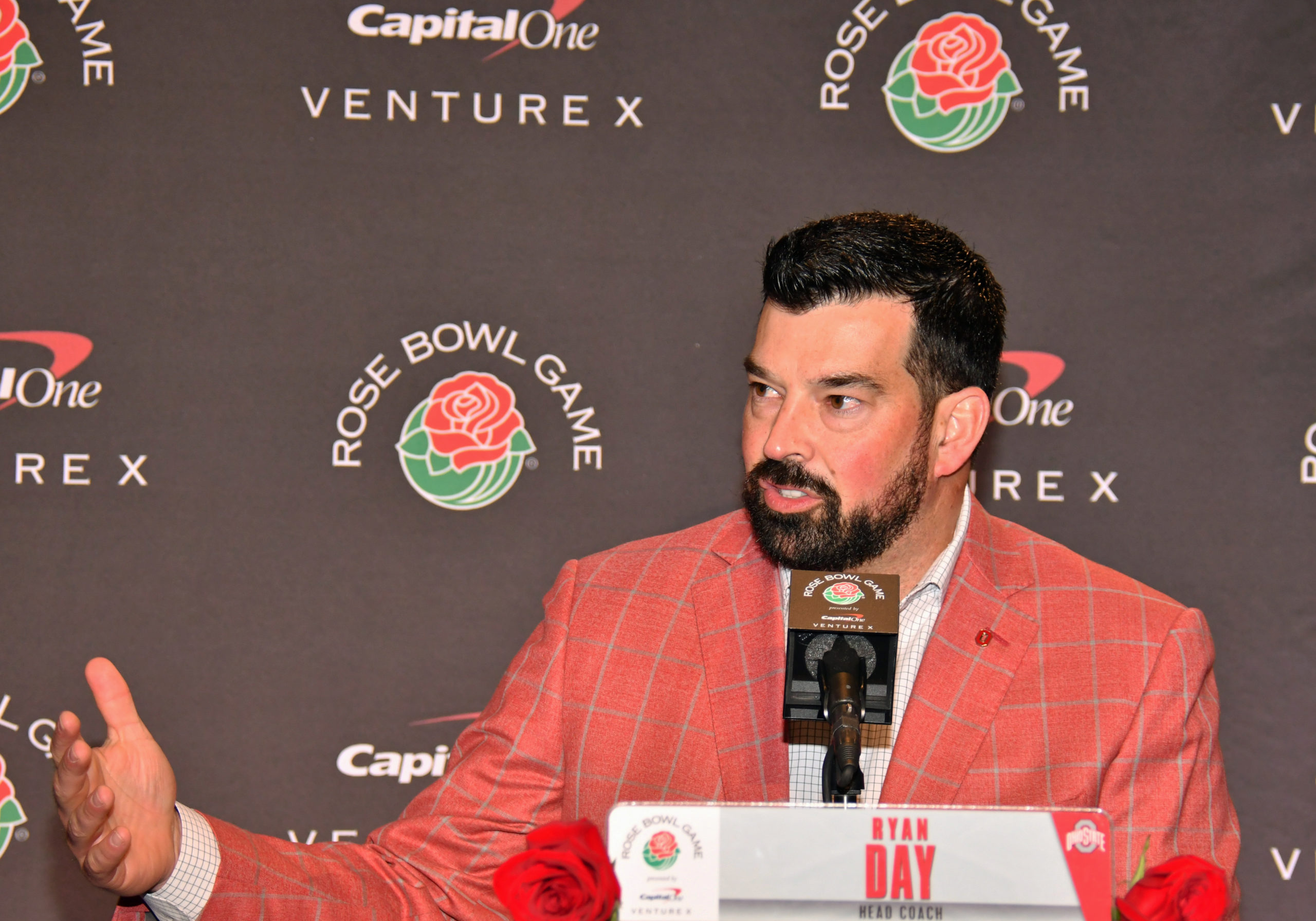 Ohio State may have only faced off with Utah once in program history – back in 1986, in a 64-6 drubbing – but the Buckeyes feel a sense of familiarity entering their matchup with the Utes. A day out from kickoff, head coach Ryan Day told gathered media that he sees a lot of similarities in Utah’s approach with the approaches of many Big Ten squads who the Buckeyes frequently draw, especially those in the final six games of Ohio State’s regular season.

Like the Utes, that group – Indiana, Penn State, Nebraska, Purdue, Michigan State and Michigan – is packed out with teams that want to establish the run, win games on the ground, and grind out opponents with tough, physical defense.

“Well, in the Big Ten, certainly the last six games – that last six-game stretch was a strong one,” Day said. “We had to bring it every week. I do think that Utah is similar to some of the teams that do play in the Big Ten. They line up with several tight ends. They have different ways to attack you, but they want to run the ball, control the game, play complementary football, play excellent on defense, don’t give up big plays.

“In our conference week in and week out, you have to bring it. It prepares all the teams in our conference to play well. Just looking at how things have gone the last couple weeks, the Big Ten has done well in postseason play, and I think that’s just because of the high level of play in our conference.”

The numbers back it up, too. Together, the six only averaged 147.4 rushing yards per game (just below the national average), but that number is dragged down significantly by Indiana, Penn State and Purdue, which are all in the bottom 17 nationally in that category.

Nebraska, Michigan State and Michigan all offered significant challenges for the Buckeye run defense, though. Twice, OSU held up, but that matchup with Michigan looms large ahead of the 13th-ranked Utah rushing attack. As does an early season loss to 25th-ranked Oregon, which beat OSU with the same physicality that Michigan used, and that Utah has made a staple of its program.

“We pride ourselves on being a physical team,” head coach Kyle Whittingham said. “That’s one of our starting points for our program is just physicality and preaching it and recruiting to it. We feel like the Big Ten obviously is a physical conference. Whenever we play teams from either the Pac-12 or other conferences, we do match up well at the line of scrimmage. That’s where it all starts. If you can match up on both sides of the line of scrimmage, you always have a chance. We feel like that’s been a strength of ours for a lot of years.”

For Day’s Buckeyes, answering that bell is critical both for winning this matchup and for answering questions of Ohio State’s toughness that have loomed around the team since that loss to Michigan. A dominant performance in the trenches could go a long way for quieting the “finesse team” charges that Michigan offensive coordinator Josh Gattis (and many others nationally) have lobbied against the Buckeyes, and it’s been a critical focus since the start of bowl practice.

“It doesn’t take an expert to figure out what we need to really focus on here over the last month,” Day said. “I think the practices have been really good. They’ve been spirited. They’ve been physical. There’s been a lot of progress made, but the ultimate test will be on Saturday.”

Without starting left tackle Nicholas Petit-Frere or starting defensive tackle Haskell Garrett, who have opted out, and with several defensive contributors including tackle Antwuan Jackson and linebacker Cody Simon not likely to play due to undisclosed ailments, the Buckeyes will need young players and new contributors to rise to the expectations.

“The challenge has been set forth to win up front and to be physical in this game,” Day said. “That’s nothing new. That’s not groundbreaking, but it certainly has been an emphasis and always is an emphasis.”