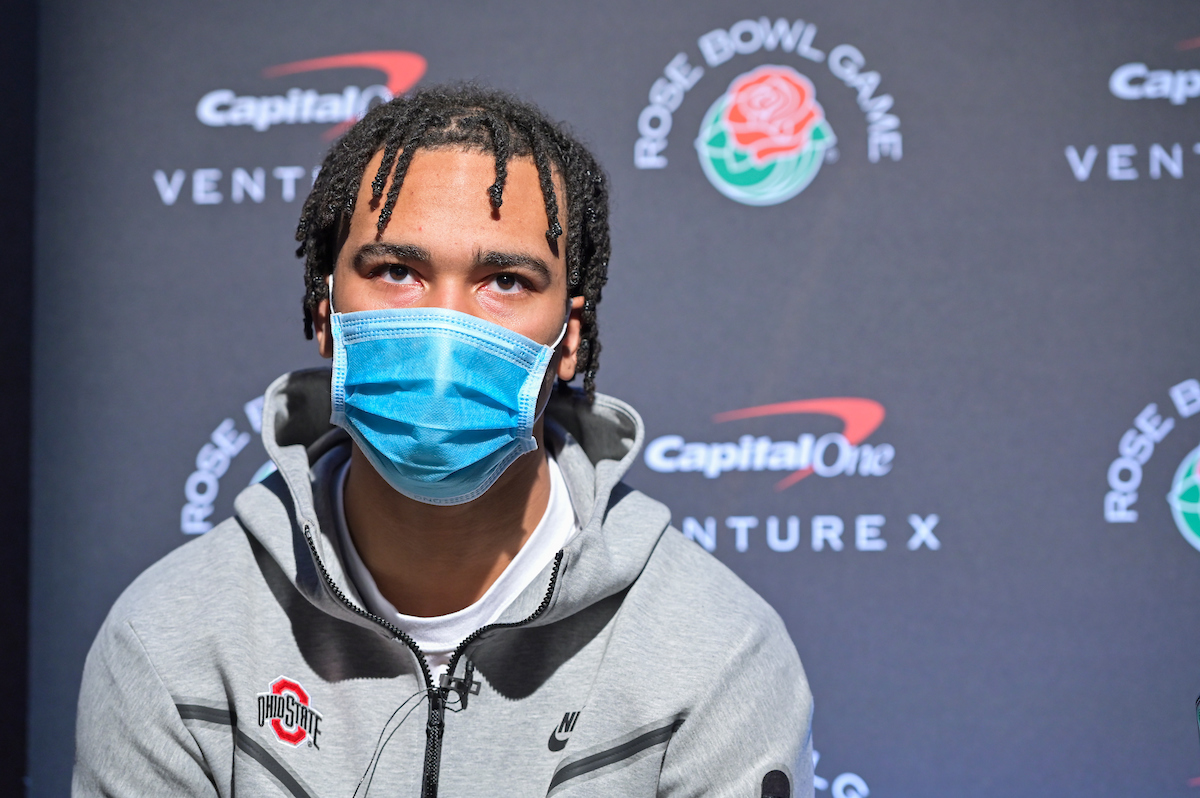 Most of Ohio State’s staff is leaving home to compete in the Rose Bowl, but Ohio State quarterback C.J. Stroud, a native of Rancho Cucamonga, Calif., is returning home for The Granddaddy of Them All.

Stroud’s entire career at Ohio State has been under the shadow of a global pandemic, so a game at the Rose Bowl, just a 40-minute drive from his home town, allows the opportunity for family to see him play for the first time.

“It’s a great opportunity for me just to play in front of home fans and people who wanted to come out to Ohio to come see me play but couldn’t make the trip,” he said. “I definitely think it’s a blessing for them to actually come and watch me play. I have uncles, cousins, my grandma is probably going to come. I’m really excited for that. Then, of course, like during this COVID world, no one was able to come last year, so I’m definitely hoping that they all get to come and have fun.”

Stroud’s experience with the Rose Bowl dates back to when he would watch the UCLA-USC rivalry games, though the atmosphere at those contests were not memorable ones.

“You go to the USC and UCLA games, and quite honestly, it’s just kind of boring,” he said. “Without all the people. Fans aren’t in tune. They kind of just are there on vacation and what not. You go to the other schools out of state, and their fans are kind of like fanatics. They don’t really care what people think about them. They’re wearing all type of stuff and yelling at the top of their lungs.”

He was recruited by both UCLA and USC, but said neither school focused on him until late in the process, leading to his departure from The Golden State and eventual landing at Ohio State, where Stroud said he was a focus from the beginning.

Now, two years removed from his commitment to the Buckeyes, he’ll return to California to play football for the first time in over three years.

“If you would have asked me when I first committed to Ohio State, would I play in California ever, I would have probably said no depending where the college football playoff was or wherever the bowl games were. I honestly thought we were going to make the playoffs, but at the end of the day I never would have thought that I would come back home to play, which is an awesome feeling. It just feels regular to me.

“I don’t have to worry about the cold anymore,” he continued. “It’s kind of cold out here. I definitely think it’s a blessing to have my people who couldn’t come out to Ohio come out and see me play that I really wanted to come, so it’s just a blessing for me to be able to play back home in front of some fans out here that never got to come see an Ohio State game and in front of my family.”