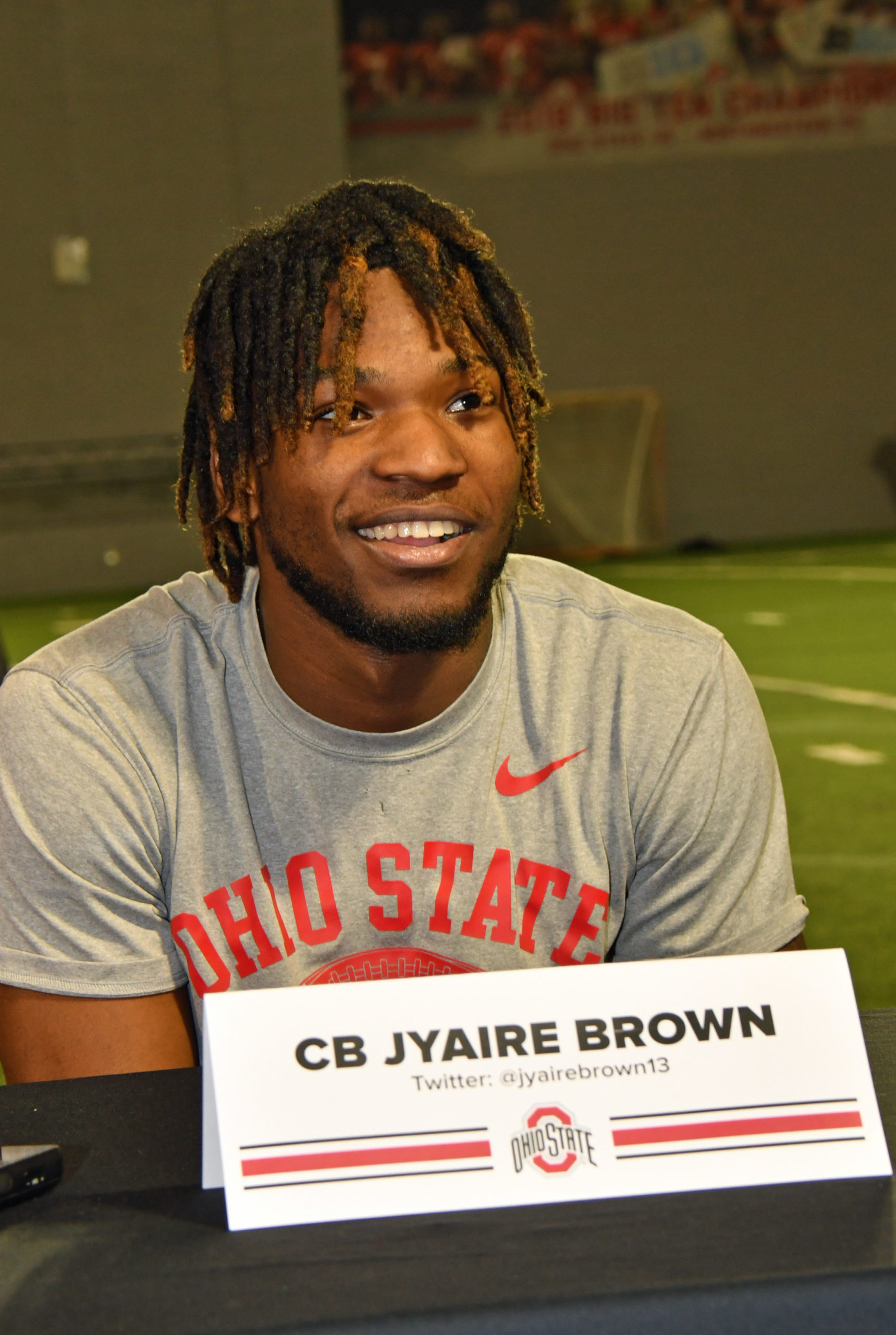 Brown and linebacker Chip Trayanum both lost their black stripes on the fifth day of fall camp, becoming the first Buckeyes to do so during the autumn session. Transfer safety Tanner McCalister and freshmen Kye Stokes and Caden Curry all shed their black stripes in the spring.

Brown was committed to the Buckeyes as early as April 2020 and arrived on campus in January as an early enrollee. Living most of his life in New Orleans, Brown moved to Ohio and transferred to Lakota West for his final two years of high school football. It was there that he blossomed into the No. 8 overall recruit out of Ohio and No. 24 cornerback in the class, according to 247Sports’ composite score.

Brown is one of six scholarship cornerbacks on the Buckeyes’ roster, joining the program this year alongside fellow four-star Ryan Turner.