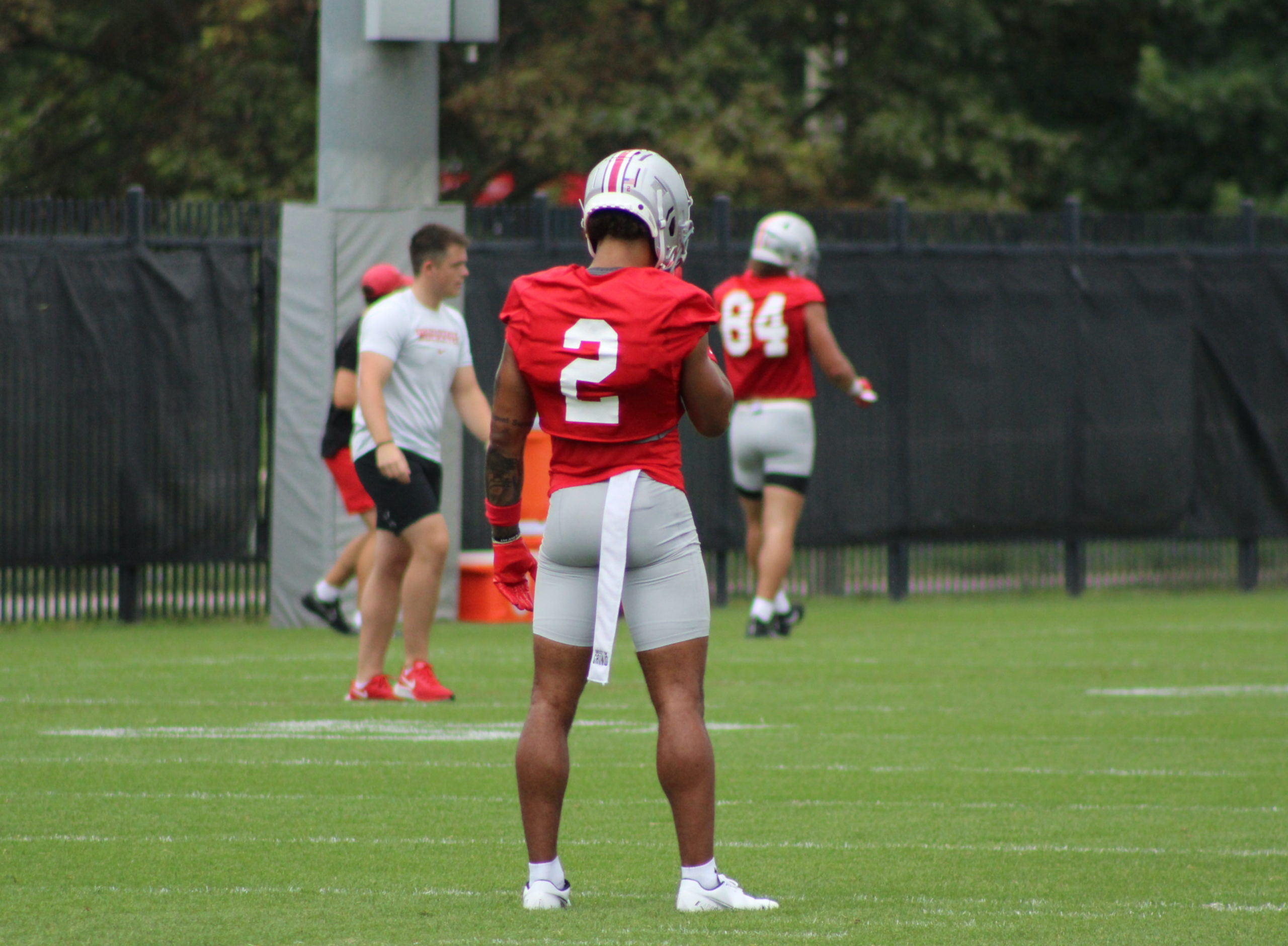 Despite the losses of transformational talents Garrett Wilson and Chris Olave during the offseason, the Buckeyes’ receiving corps is expected to continue to produce at a high level.

While star junior Jaxon Smith-Njigba and sophomore Marvin Harrison Jr. have emerged as the top two options in the Buckeyes’ passing game, head coach Ryan Day said he expects the unit to play with depth more than they have in the past few seasons.

“Last year, with Chris and Garrett, they took the majority of the reps on the perimeter,” Day said. “We’re going to let those guys rotate a little bit because they deserve to play.”

Sophomore Emeka Egbuka and third-year Julian Fleming have battled for the No. 3 spot on the depth chart, while sophomore Jayden Ballard and graduate Kamryn Babb are also making a push for playing time. A quartet of four-star freshmen — Kyion Grayes, Caleb Burton, Kaleb Brown and Kojo Antwi — are also processing through their first fall camp in the program.

The push for the No. 3 spot has garnered the most attention during fall camp, as Fleming and Egbuka have split times with the ones. Egbuka made his presence known as a kick returner last season, while Fleming has battled injuries during his time with the Buckeyes. Both played a key role in the 2022 Rose Bowl, each hauling in multiple receptions.

“He just needs to keep doing what he’s doing. He made an impact for us on special teams last year as a freshman,” Day said. “He’s really intelligent, I mean really sharp. His work ethic is off the charts, toughness is off the charts. His ball skills are really good. If he just keeps putting days in front of days, he’s going to have a really good year.”

Earlier in fall camp, Day said Fleming had one of the best summers on the team, in terms of the work he put in. Fleming was honored as an Iron Buckeye, which is given to players who go above and beyond with their training during the summer months.

As Egbuka and Fleming are likely to play key roles in the Buckeyes’ passing game regardless of how the competition shakes out, Day said the competitive nature of the room goes beyond just the battle for the No. 3 spot.

With plenty of snaps on the table following the departure of Wilson and Olave, Day expressed encouragement at the development of the room during the offseason.

“They’re all competing out there,” Day said. “We’ll have a good rotation of guys out there. I appreciate their physicality on the perimeter and their professionalism day-in and day-out. They had a good first week.”