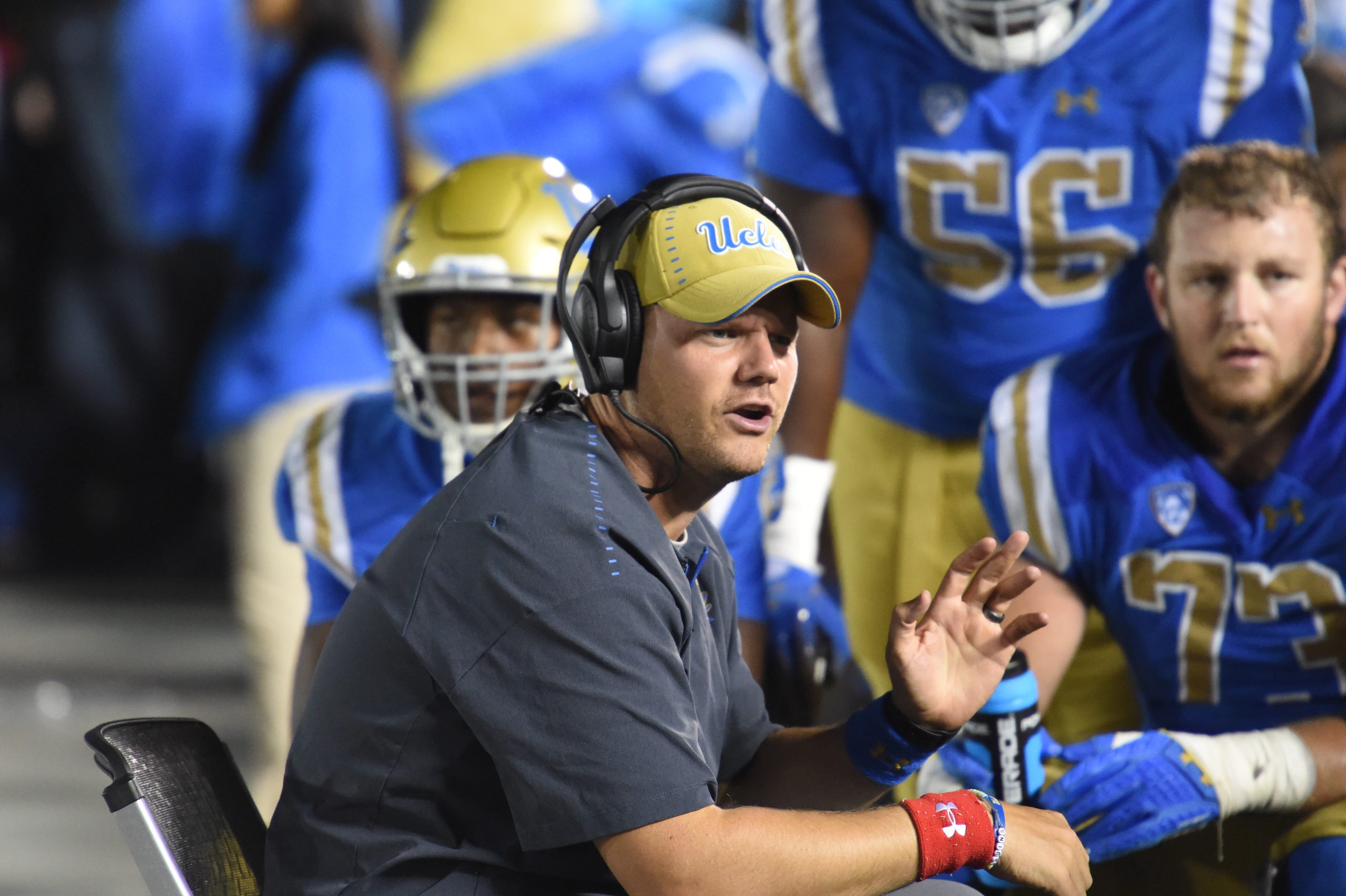 Sometimes, the most important recruiting victories in January come from within a program. Ohio State has seen it plenty.

An upperclassman eschewing the draft for one more run in college football has launched some of the finest seasons that Buckeye football has seen, from Mike Doss’ return in 2002 setting the tone for a dominant, title-winning defense to the more recent reappearances of Wyatt Davis and Josh Myers bolstering Ohio State’s 2020 offense on the way to a long-awaited playoff win over Clemson. Establishing the future of the program on the recruiting trail is critical, but sometimes, one or two veterans bucking expectations and giving Ohio State one more season can be the difference between a good team and a great team.

And on Jan. 17, new Ohio State offensive line coach Justin Fyre secured his first major recruiting win in Columbus, convincing right tackle Dawand Jones to return for his fourth season as a Buckeye to help anchor an offensive line that would have been looking at three new starters had he departed.

Instead, the Buckeyes can enter the 2022 offseason from a place of strength up front, leaning on a pair of experienced tackles in Jones and Paris Johnson Jr., a center with a season under his belt in Luke Wypler, and a guard in Matthew Jones who, despite the lack of starting time, has played plenty for the Buckeyes and should slot easily into a more prominent role. It’s rare that a line losing its anchors – Thayer Munford and Petit-Frere, both of whom project as early draft picks – can enter an offseason with that much confidence, but that’s the space Ohio State finds itself in.

For Frye, that means security, with a significantly raised floor to lean on while installing new blocking schemes and running concepts. Adding in new looks to a room of seasoned veterans is a bit less intimidating than doing it with a bunch of players who first need to develop in their fundamentals, and it’s a task that Frye has seen from both ends.

At UCLA, Frye’s first two seasons were significantly limited by a lack of experience up front. The Bruins waded through line troubles and managed glimmers of hope in the running game, but were unable to install a full playbook. They tried to fight through it in 2018 to no avail, and tossed out much of the playbook in 2019 as a result, only returning to Frye’s true vision in 2020, with a line more capable of taking on the added responsibility.

A year later, with five upperclassmen on the line – the youngest of whom, left tackle Sean Ryhan, was a junior – UCLA unleashed its full playbook and cracked the top 15 in rushing yards per game, gashing teams with intricate gap blocking schemes and looks that younger players would generally struggle with.

Now, entering his first season with the Buckeyes, Frye may have to overcome a change in body types from UCLA to Ohio State, but experience will not likely be a concern. The only question that front lies at right guard, presumably the only open position on the offensive line barring any surprise departures or arrivals. And with former five-star Donovan Jackson, former five-star Harry Miller and a herd of former four-stars looking to crack the starting lineup, there are certainly worse problems to have in a first season.