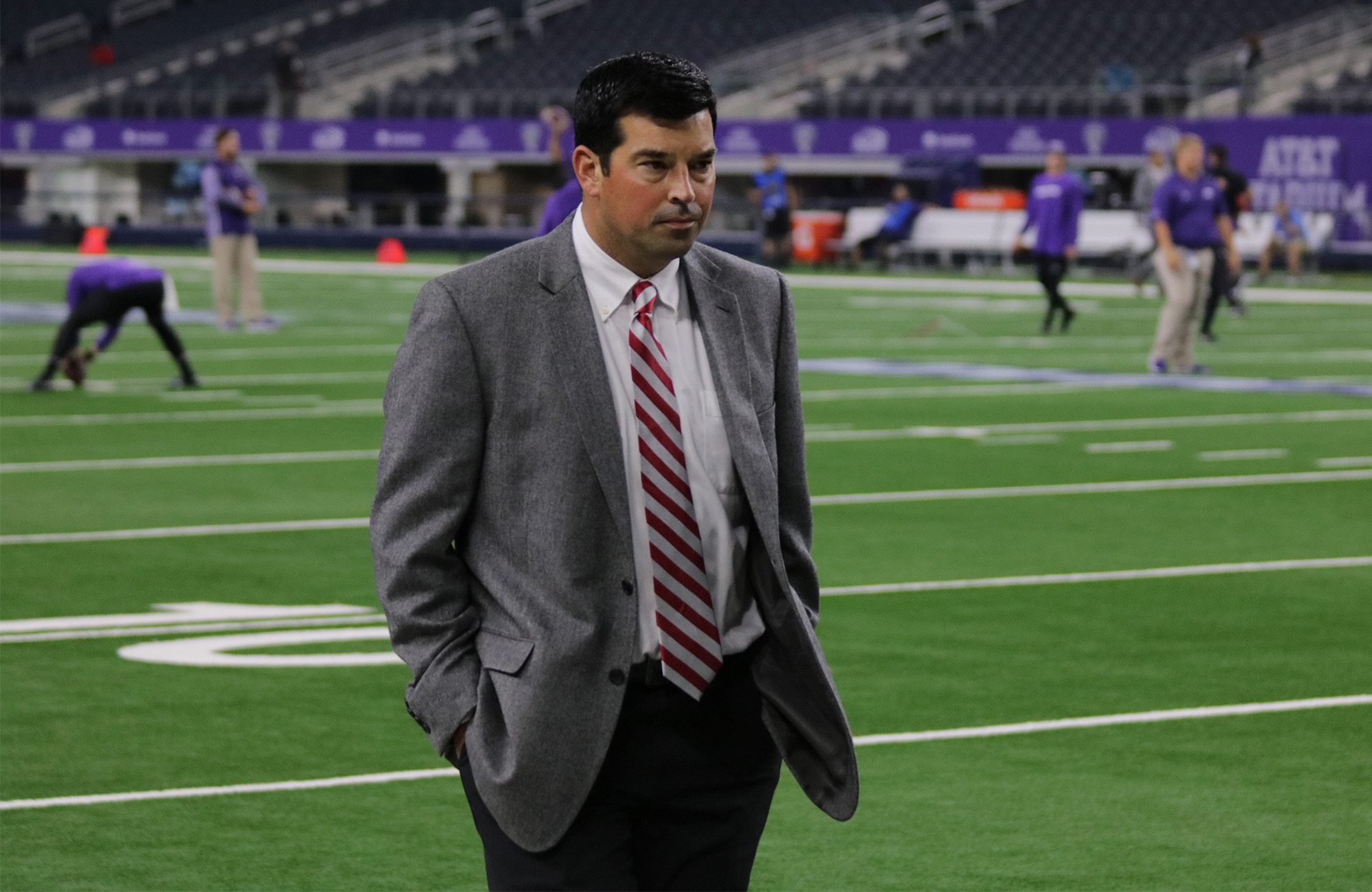 Technically, Ryan Day has a 3-0 record as Ohio State’s head coach. Realistically, he’s never led his own program at any level.

That will change Jan. 2, 2019, when he officially takes over for Urban Meyer as the head coach in Columbus, marking the start of what many expect to be a successful career and the end to one of the most decorated tenures in college football history.

Meyer, who has coached Ohio State since 2012, announced Tuesday morning that he is retiring following the Rose Bowl on New Year’s Day, bringing an end to his Ohio State career with three Big Ten titles and one national championship (2014).

As Meyer’s retirement was announced, athletic director Gene Smith also confirmed the hiring of Day as the 25th head coach in program history. Day has served as Ohio State’s offensive coordinator/quarterbacks coach for two seasons, and he stepped in for Meyer in an interim capacity after Meyer was suspended for the first three games this season.

That turned out to be an audition of sorts that helped lead to the biggest job of his career.

“He had an opportunity to audition in a different way,” Smith said of Day. “Not relative to winning on the field, but how he mastered leading, not just the football stuff, but everyone else around it.

“This is a complex place. And so having someone to be able to continue the stability and consistency that we have was important to me. So I did not feel I needed to conduct a public national search.”

As Meyer’s replacement, Day agreed to terms on a five-year deal that will be worth $4.5 million annually. In 2017, he made $400,000 as co-offensive coordinator and quarterbacks coach, then received a fresh three-year contract and a promotion to OC ahead of this year – that including a $1 million salary for 2018.

Meyer has often called Day “elite,” and his presence makes the transition easier for the program as a whole.

Smith said he knew for a “couple weeks” ahead of the announcement that Day would be the guy if a change was made.

Smith also noted that he did consider undertaking a national search. As he pondered outside candidates, he realized that he had a higher comfort level with Day than any other options.

Day also provides a chance to keep most of Meyer’s framework in place for a program that has excelled on and off the field for the past seven seasons under Meyer’s watch.

“Our program does not need disruption,” Smith said. “It does not need to blow up and have people come in and try and adapt to our standards of operation and try and change the infrastructure that we’ve put in place for the student-athlete.

As conversations with Meyer about a potential change persisted, Smith said he wanted to lock in on his plan. In the end, he didn’t have to look any further than the current coaching staff for the right candidate, who Smith called a “talented and gifted guy that many others wanted to interview” as a potential head coach.

Day, for his part, said Meyer’s legacy “will live on here forever” during his opening remarks.