Column: Revenge Is A Dish Best Served In A Sugar Bowl 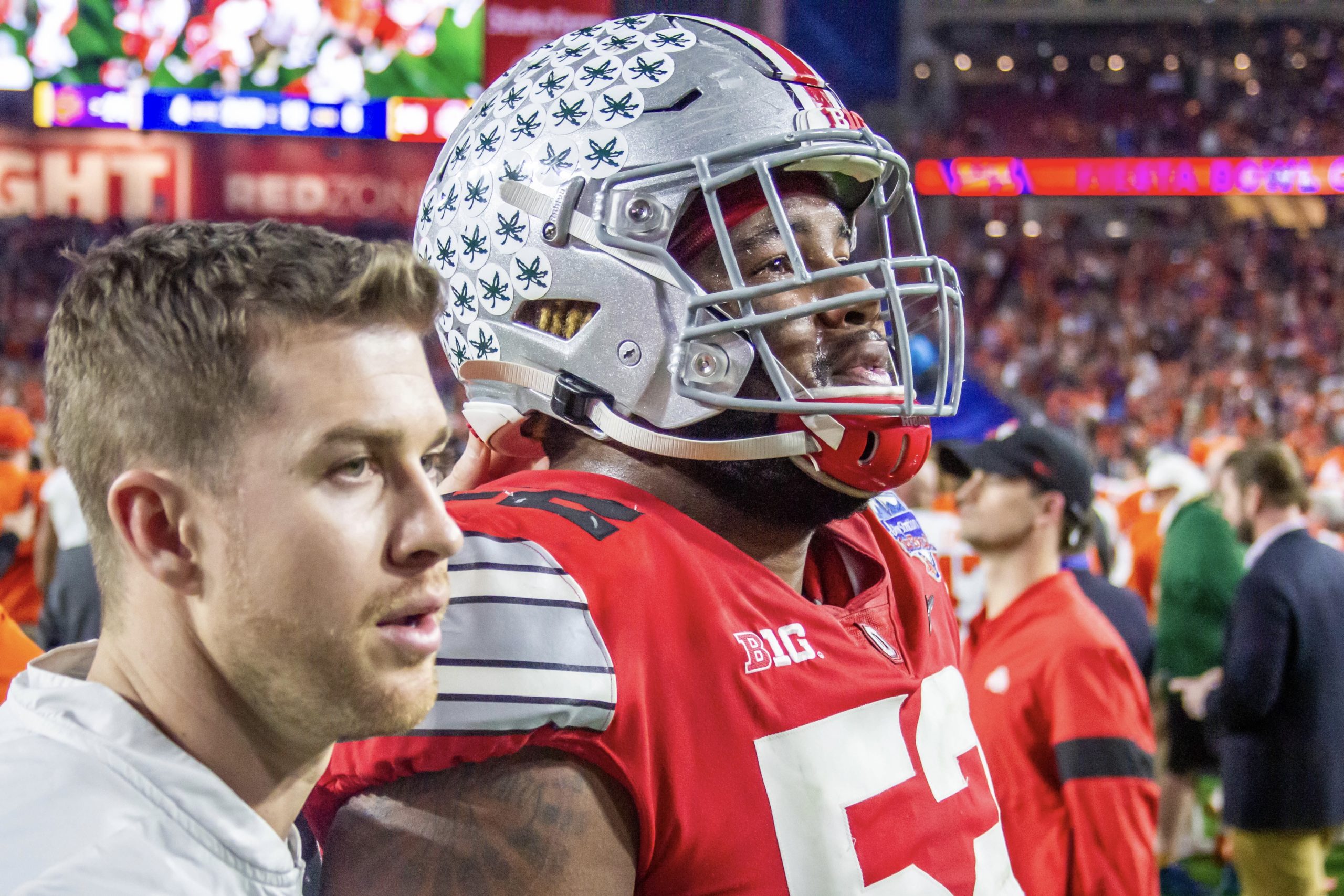 From the moment Clemson safety Nolan Turner intercepted Ohio State quarterback Justin Fields’ pass in the back of the end zone in the final minute of last year’s College Football Playoff semifinal at the Fiesta Bowl, sending the Tigers to the national championship, the Buckeyes have wanted revenge.

Ohio State posted the score from the game in the weight room, dedicated workout periods to Clemson and dropped numerous references to the Tigers, such as cornerback Shaun Wade saying, “I’m back, Sunshine,” when he announced his return after initially opting out amid the Big Ten’s uncertainty.

But, if we’re being honest, do the Buckeyes actually want revenge? Or, did they simply want the opportunity the right a few wrongs?

Ohio State settled for a field goal on three red zone trips in the first half of last year’s game. The Buckeyes were in control in every aspect and four touchdowns instead of three field goals and one touchdown could have – and should have – put the game out of reach about halfway through the second quarter.

So, that’s on Ohio State. It didn’t matter who the Buckeyes’ opponent was. It just so happened to be against Clemson, one of eight Football Bowl Subdivision programs the Buckeyes have never beaten, and that made the sting of Ohio State’s own failure that much worse.

Not to mention, if the Buckeyes capitalize on those red zone trips, the controversial targeting call against Wade or the fumble recovery that was returned by safety Jordan Fuller for a touchdown before it was ultimately overturned wouldn’t have even mattered.

Despite all of that, Ohio State still had the ball with a chance to win the game with just 43 seconds left. Had wide receiver Chris Olave continued on the same route he scored a touchdown earlier in the quarter or had Fields thrown another pass underneath to running back J.K. Dobbins, who had already converted several first downs on that same drive, maybe the Buckeyes do pull it out.

But since they didn’t, Fields and Olave – and even Wade, though to a lesser extent – are now more motivated than ever. And that would remain the case, even if Ohio State drew Alabama or Notre Dame in the semifinal instead of Clemson.

Clemson head coach Dabo Swinney has been outspoken about the number of games Ohio State has played this season, as the Tigers played 11 games compared to the Buckeyes’ six, yet they both ended up in the same spot.

But does it really matter?

On one hand, maybe Ohio State drops one of its cancelled games against Maryland, Illinois or Michigan, however unlikely that may be. But given all the talent on roster and staff, there’s no doubt in my mind the Buckeyes are one of the four best teams in college football.

The entire point of the College Football Playoff is to allow the four best teams to compete for the title. Had the roles been reversed and had Alabama or Clemson played just six games, they would also get the benefit of the doubt from the committee.

Some might say it’s bad for college football for the same three schools to be pillars of the playoff, but such is life when there are just three schools bringing in all of the five-star talent, separating themselves more and more from their conference foes.

If the idea of the playoff is to be more inclusive rather than decide a champion, then expansion is needed. It’s not on Alabama, Clemson or Ohio State to lose a game every so often to let someone else have a chance.

But even if you agree with Swinney and don’t think Ohio State has done enough this season to justify the No. 3 seed in the College Football Playoff, who would you put in the Buckeyes’ spot? Or the Fighting Irish’s spot at No. 4, for that matter?

Texas A&M got blown out by Alabama earlier this season and there’s nothing to suggest the team has improved in the weeks since, even if you want to cite their SEC schedule, which is vastly overrated. Oklahoma, Florida, Georgia and Iowa State all have at least two losses. Indiana lost head-to-head to Ohio State for its only defeat. Coastal Carolina, which entered bowl season unbeaten, fell to Liberty (a fellow Group of Five school) in the Cure Bowl.

Need I go any further down the rankings?

The only school that has a legitimate argument to the playoff is undefeated Cincinnati, which beat three ranked teams this season in Army, SMU and Tulsa. The real debate should be between the Bearcats and Fighting Irish. But Swinney isn’t concerned with two teams he doesn’t have to play, and that’s why he hasn’t said a thing about the subject, either.