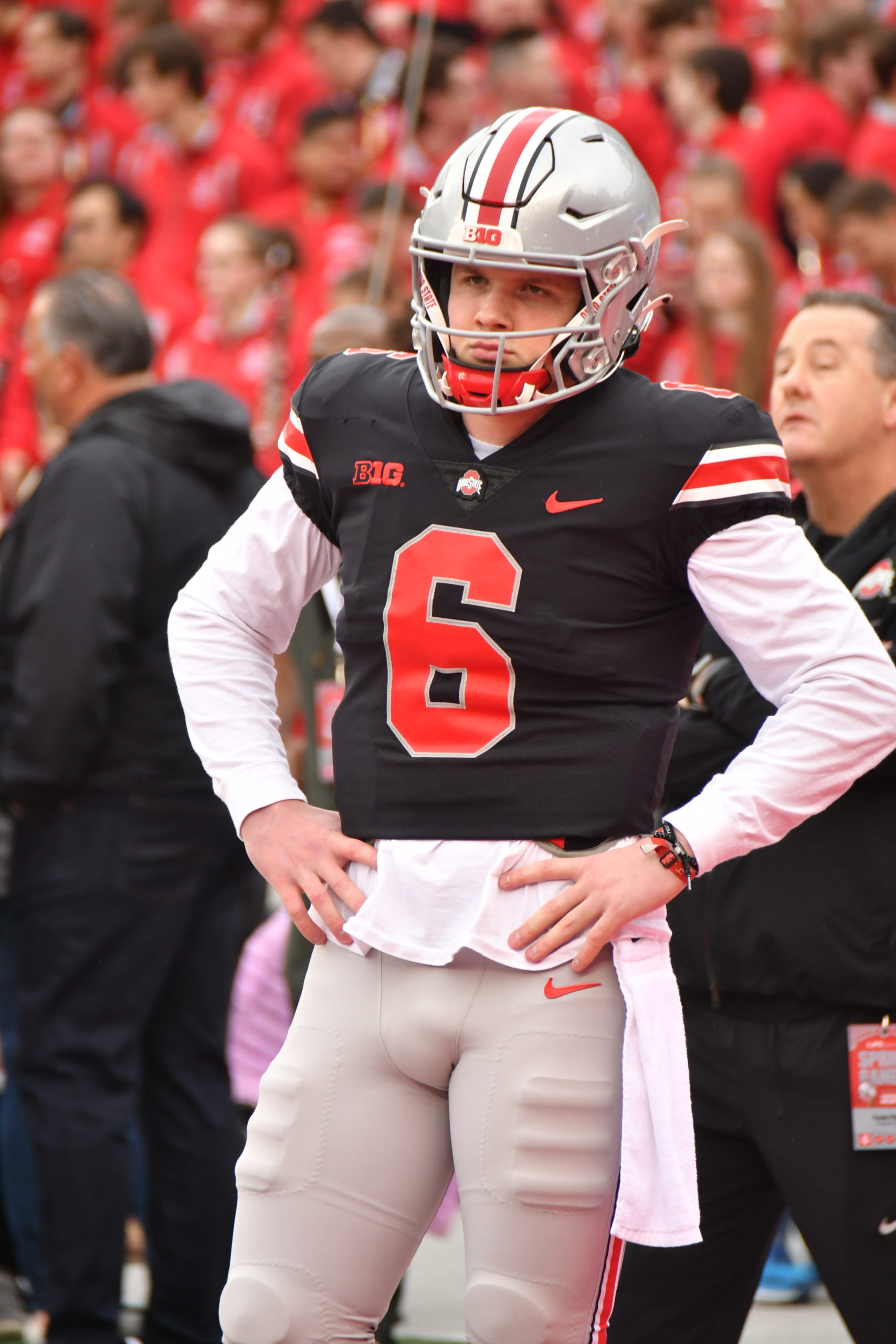 Though confrontations certainly took place throughout Saturday’s contest – especially so in the brief instances that tackling was permitted – the true battle was being waged on Team Scarlet, with quarterbacks Devin Brown and Kyle McCord. The incumbent Stroud is in no danger of losing his starting job heading into the season opener against Notre Dame on Sept. 3, but the process has begun for selecting his backup, and the presumed favorite for the job in 2023.

McCord, of course, received a head start being a year ahead of Brown. He arrived on campus as an early enrollee in the 2021 class and appeared in five games last season, securing the backup job and starting when Stroud sat out against Akron. In McCord’s brief time on the field, he completed 25 of 38 passes for 416 yards, throwing for two touchdowns and two interceptions.

In Saturday’s game, he finished 14-of-20 passing for 129 yards and a touchdown, appearing to be the best quarterback on the field other than Stroud. He delivered one of the game’s highlights with a delivery to tight end Joe Royer across the middle of the field

Brown was not far off, however, finishing 11 of 24 for 141 yards, tossing a touchdown and having one pass intercepted. He provided another one of the afternoon’s highlights, connecting with walk-on wide receiver Reis Stocksdale in the left corner of the end zone.

Brown’s performance was not perfect by any means – his interception by defensive back Cameron Kittle was due to an off target and underthrown ball, and he completed fewer than 50 percent of his passes – but, in his first game action at Ohio Stadium, he more than looked the part of a quarterback at Ohio State.

“I think it’s pretty good, this is a good group, a good room,” Day said of the quarterbacks earlier this spring. “Devin is just getting his feet wet right now, he’s learning. Every time he’s out there it’s for the first time. Kyle has really been working hard, the good thing is he’s got a year under his belt so he’s a little more veteran in that area, and then certainly C.J. has a lot more game experience, so you have three guys with very different experience, but they seem to be gelling right now, getting a lot of reps and learning.”

Rightfully so, McCord has the inside track to earn the backup job to Stroud this season and get first shot at the starting job once Stroud departs for the NFL following next season. He was poised in his only start last season and continued that track into this spring.

Brown, however, isn’t afraid of any competition. He wouldn’t have chose Ohio State if he didn’t believe he could win the starting job, and his performance Saturday indicates that he’ll be right in the race next year. He’s only been on campus for a couple of months now, so by the time the season begins to ramp up during fall camp, there’s no telling how far he may have developed.

Barring an injury to Stroud, this competition means little for this upcoming season. He’s close to a shoo-in to be a Heisman finalist, so Brown and McCord both understand that they will likely only see the field in relief. Auditions have already begun for the starting role in 2023, however, and the early returns are positive for the potential future at quarterback for Ohio State.