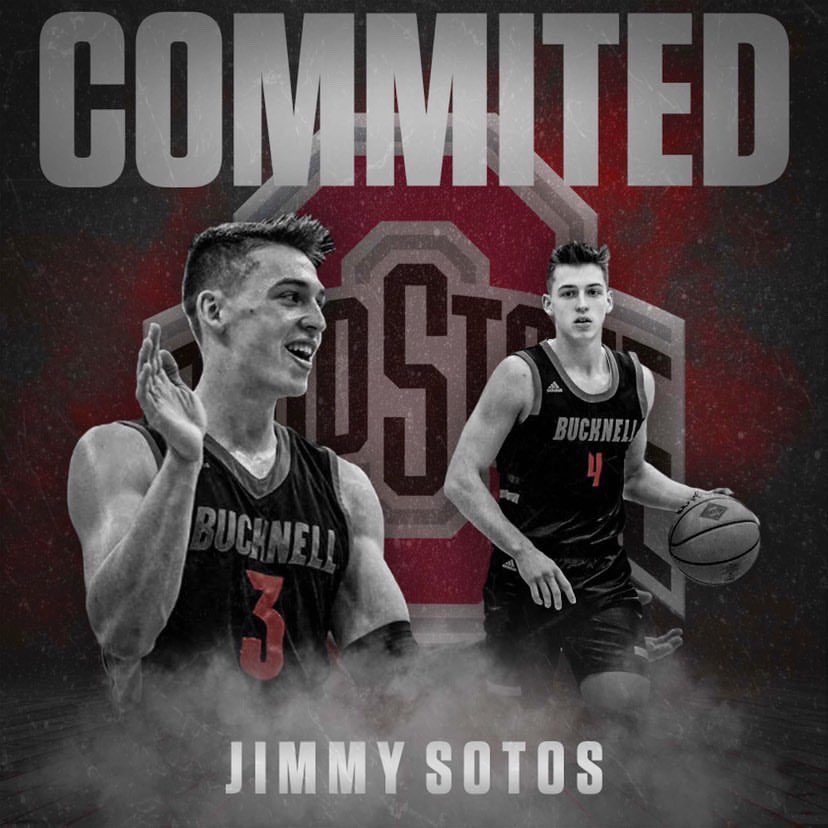 Just a day after the announcement that sophomore guard Luther Muhammad would be leaving the program, Ohio State has added a new member to its basketball team, and its second transfer of the offseason.

Former Bucknell guard Jimmy Sotos announced that he would finishing his career in Columbus.

Sotos is a sit-one, play-one transfer, meaning that he won’t be eligible to play for the Buckeyes until 2021. With C.J. Walker entering his final season in 2020, Sotos looks to be his likely replacement in 2021, when he’ll be a senior. He explained his situation and decision to the Columbus Dispatch.

“We hit it off right away,” Sotos told The Dispatch. “I was able to talk to some guys that I knew that are well-connected in NCAA basketball and I heard a lot of great things about the coaching staff there. They’re offering me a chance to come in, it’s a two-year scholarship, sit one, play one and when I’m eligible to play a chance to be a starting point guard. It seemed like a perfect scenario and I definitely wanted to see that come through.”

When he does hit the floor for Ohio State, Sotos will bring with him a history of strong scoring and passing ability. He averaged 11.5 points and 3.9 assists on 40 percent shooting (37 percent from three) in 2019. As a sophomore in 2018, Sotos focused more on facilitating, and averaged 8.2 points and 6.1 assists per game.

He started all 34 games for the Bison in 2019 as the point guard, leading the team in points, assists and steals (1.6 per game). The Bison went 14-20. As a sophomore, he was part of a team that nearly pulled off a non-conference upset of Ohio State, scoring 13 points as the Bison fell to OSU, 73-71.

With the departures of Alonzo Gaffney, D.J. Carton and Muhammad to transfer, Kaleb Wesson to the NBA and Andre Wesson to graduation, Ohio State’s roster will look quite a bit different next season. The Buckeyes added Harvard transfer Seth Towns, two four-star recruits in Eugene Brown and Zed Key and now Sotos, along with Cal transfer Justice Sueing, who’s now eligible after sitting out 2019. The Buckeyes have one more spot available that they could look to use on a big man transfer.