BSB Lookback: Buckeyes Topple No. 1 Hawkeyes With Turnovers In 1985 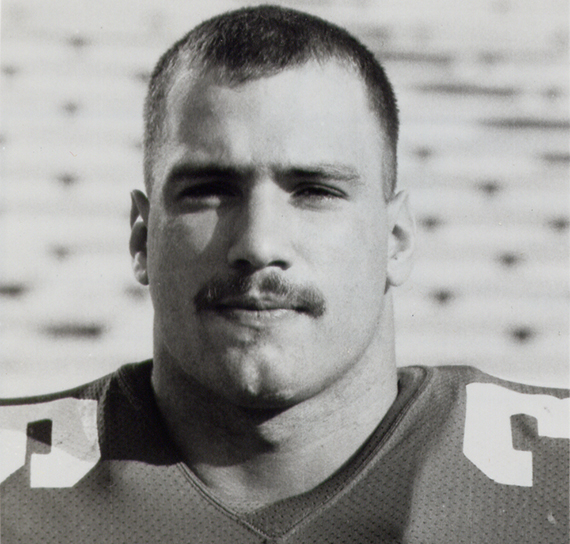 In addition to republishing our coverage of Ohio State’s biggest games each week in celebration of Buckeye Sports Bulletin’s 40th anniversary, we will publish new stories where we look back at the specific games and talk to former players and coaches from those teams.

Ohio State entered the 1985 season with high hopes and senior tailback Keith Byars set to lead the team and win the Heisman Trophy along the way. However, the reigning Heisman runner-up suffered a foot injury in the preseason, which caused him to miss most of the season and hampered him when he did play.

Despite lacking their best player in Byars, the Buckeyes beat Pitt, Colorado, and Washington State to open the season before falling 31-28 at Illinois. Ohio State did not collapse following the loss, however, defeating Indiana, Purdue, and Minnesota in consecutive weeks to climb to No. 8 in the country ahead of a matchup with No. 1 Iowa in Ohio Stadium.

Even though the Hawkeyes were unbeaten, the Buckeyes took offense to the fact that the visitors were expected to come into the Horseshoe and beat them.

“As a team, we were basically an underdog with people coming into our stadium, so it kind of gets you really pumped up,” former Ohio State safety Sonny Gordon told BSB. “The No. 1 team coming in and you’re just thinking in the back of your mind, ‘We are going to make this happen somehow. We are going to defeat them.’ ”

“Chuck Long was coming in and he was ranked No. 1. People were not that high on us,” Gordon said. “I was probably one of the oldest guys in the secondary as a junior that year. And just leading up the game, it was like we just need to shut them down. We all need to do whatever we need to do to make sure that we may get some type of name recognition. Do something.”

Facing such a highly touted team, Gordon and his teammates knew they had to elevate their game. The Ohio State defense forced the high-powered Iowa offense to punt after a three-and-out on its first drive where standout linebacker Chris Spielman stopped Harmon for a two-yard loss on third-and-1.

Ohio State quarterback Jim Karsatos led the Buckeyes down the field with 60 passing yards on his first four attempts before they settled for a Rich Spangler field goal.

Later in the first quarter, Karsatos threw an interception at the Iowa 3-yard line with Ohio State leading 3-0. The Buckeye defense shut down Harmon again on three consecutive runs, setting up fourth-and-8 from the Iowa 5. Then, Gordon changed the course of the game.

Screaming through the B gap, Gordon shot through the Hawkeye line to swat the punt attempt into the end zone for a safety.

Though he did not score six, Gordon gave the home crowd something to cheer about and sparked a fire in his teammates. The Buckeyes entered the game expecting to defend their home field, but the blocked punt provided confidence that they would win. Former Ohio State assistant coach/recruiting coordinator Bill Conley, who coached inside linebackers in 1985, remembered the effect Gordon’s block had on the game.

“I mean you could not hear anything. It was deafening,” Conley told BSB. “The crowd was really into it. They were loud. When the game started, it was like in the late afternoon. By the time it got to the second half, nightfall was coming, it was a drizzly cold rain. The sound just echoed.”

Gordon gave the Buckeyes a jolt, pushing the early lead to 5-0 with the block and inspiring his teammates to step up their game.

“It was a huge momentum changer,” Gordon said. “To be early in the game like that, to hold them down there with a three-and-out. And then to block that punt in the end zone. If you see my film, I was going nuts. It was crazy. And I think it got everybody else pumped up as well. That’s why Spielman got 19 tackles, man, he was pumped! ‘I can’t let Sonny outshine me.’ ”

Spielman, who was a sophomore, did not let anyone outshine him, finishing the game with 19 tackles, one sack and two interceptions. Gordon appreciated how Spielman did not just talk the talk, but he always backed it up on the field. Conley, who also coached both Gordon and Spielman at Middletown High School, respected how the standout linebacker made his presence felt on the field.

“There are all kinds of leaders, there are vocal leaders, and there are leaders like Chris who is a leader by example,” Conley said of Spielman. “He wasn’t a rah-rah guy, but he played with such intensity. When he made a hit, I mean, he made a hit. He was a physical football player, and you didn’t want to get hit by Chris Spielman.”

Former Ohio State sophomore fullback George Cooper took a first-down carry for five yards, setting up one of the biggest plays of the season. Former tailback John Wooldridge, who did not start due to fractured ribs, entered the game, and instantly made his mark on the game.

“We began to struggle a little bit in our running game a little bit. I hadn’t played yet, and Earle Bruce just came to me, he looked at me, he said, ‘Hey, we need you, are you ready to go? Can you go?’ I said, ‘If you’re ready for me to be in there I’m ready to go. I prepared this week, I’m ready.’ ”

Wooldridge, a fourth-year junior, entered the game against a defense that was aggressively slanting into run gaps, and he and his blockers used that to their advantage. The talented tailback took a carry on second-and-5, and we will let him take it from there.

“When I got to the hole, there was a defensive lineman just standing right there in front of me,” Wooldridge told BSB. “And without me knowing what I should do at that point – you get to the point where as a running back, you don’t really have time, you just got to make a move – and I did.

“I was able to just kind of sidestep the defensive lineman, George Cooper had already got through the hole and he hit the linebacker, and I had to sort of do a sidestep away from a defensive back, and it just parted like a sea. Once I sidestepped that defensive lineman, it opened up. There was a gaping hole there. I didn’t see anyone. I mean, it was 57 yards away, but I was able to see Brutus all the way into the end zone.

“That allowed us to really begin to say, ‘This game could be ours. We can actually take out the No. 1 team in the country.’ ”

The 57-yard touchdown run by Wooldridge pushed the Buckeyes lead to 12-0 with 9:06 until halftime. Iowa may have been surprised by the isolation play that turned into a long score, but former Ohio State left guard Jeff Uhlenhake, a redshirt freshman, said the offense had seen something to take advantage of up front.

The long touchdown run by Wooldridge carried special significance because he was stepping up in the place of the injured Byars, who was held out with a foot injury. The 1984 Heisman Trophy runner-up had high hopes for his senior season, but he was derailed by getting hurt in the preseason. Byars spoke to the team ahead of the matchup with Iowa, expressing his raw emotion to his teammates.

“He just wanted to make sure that his voice was heard in terms of what it was going to take for us to be successful against a team like that,” Wooldridge said of Byars. “And also, the level of consistency we were going to have to show throughout the whole four quarters to beat a team like Iowa. I think he slammed a table or slammed a bunch of glasses that were sitting on the table, and glasses and water flew all over the place.

“It was one of those moments where if you weren’t awake yet, and if you didn’t realize that you had the No. 1 team in the nation coming in to a pay a visit to you, then hearing a bunch of glass shatter, that will certainly get your attention.”

Former Ohio State linebacker Derek Isaman, who was a true freshman in ’85, said he did not recall many of the specifics from the Buckeyes’ upset of the Hawkeyes. He remembers the passion with which Byars spoke to the team before the game, however.

“Keith got really upset, he was on crutches and stuff and he just threw out a whole bunch of curse words,” Isaman told BSB. “He could fire us up.

“It lit fire under everyone’s heinie. This guy was the best of the best his junior year. For him to get up there and get fired up like that, it was an inspiration to everyone, especially with Iowa coming into town, being ranked No. 1.”

To read the rest of the story on pages 24 and 25 of the latest issue of BSB and for four free issues of the print edition of Buckeye Sports Bulletin, no card required, sign up at the link here: http://www.buckeyesports.com/subscribe-4issue-trial/