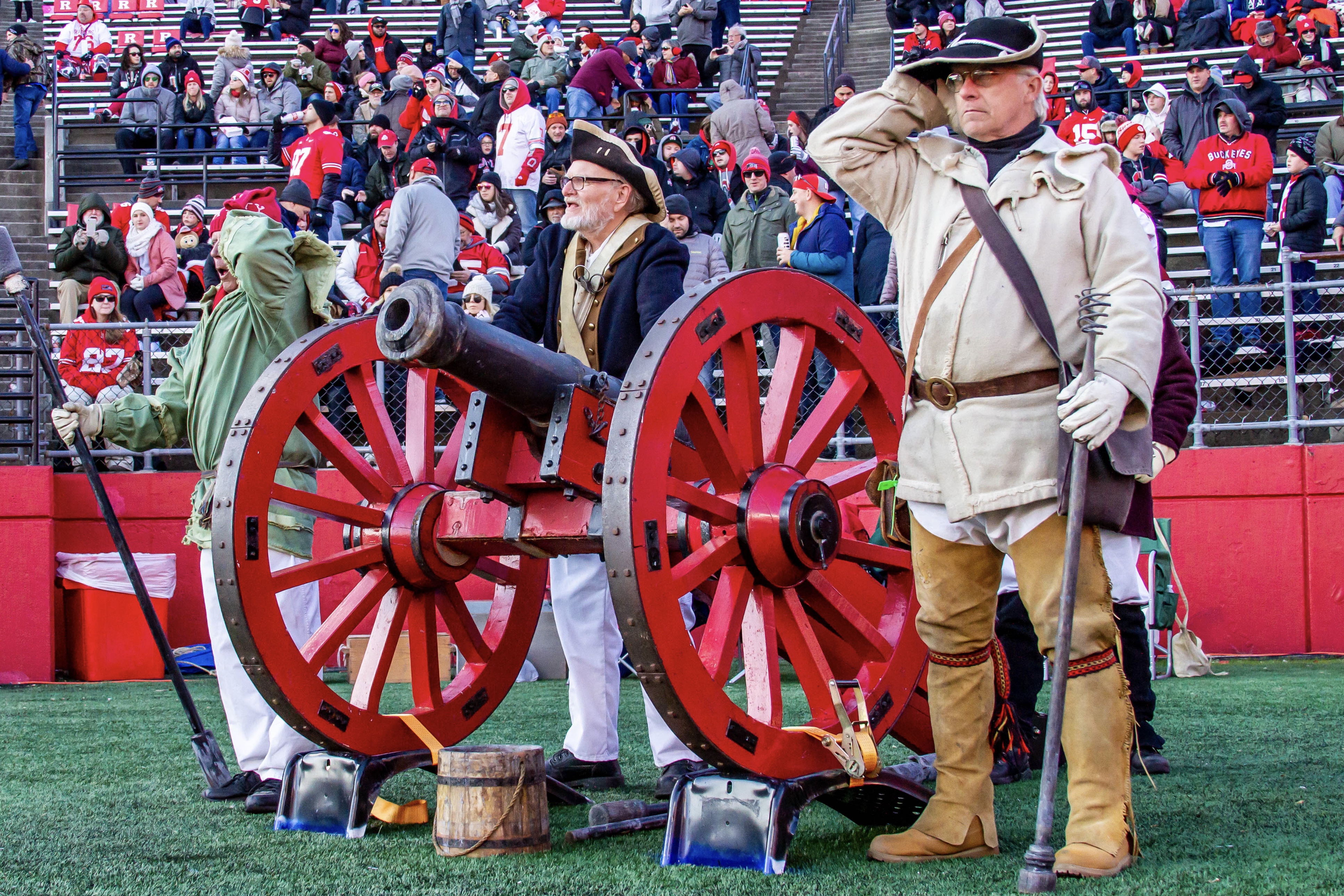 After breezing through perhaps the most-difficult part of its schedule with wins over Nebraska and Penn State, Ohio State has turned its attention to a string of… well… lesser opponents.

Up first on the schedule is Rutgers, which shocked many with its season-opening win at Michigan State before falling to Indiana at home last weekend. The Scarlet Knights are coached by former Buckeyes defensive coordinator Greg Schiano, who is now in his second stint at the helm, and feature a number of notable transfers, including former Ohio State safety Brendon White.

WC: “Ohio State has one pretty sizable win under its belt with that 35-point Nebraska victory, but I think this will be its first real chance to show how dominant of a team it can really be, and the Buckeyes will take advantage of that.

“I am expecting the Justin Fields pass attack to have as easy of a time as it did against the Cornhuskers, especially against a defense that Ryan Day has seen before with former Ohio State defensive coordinator and current Rutgers head coach Greg Schiano as his opponent.

“Defensively for the Buckeyes, the Scarlet Knights might be able to get some things going late while Ohio State is testing out some reserves, but this should be a game that is fully over at halftime, and then I think whoever replaces Fields (my bet is on Jack Miller first) will continue to pile on the points to prove that they are worthy of winning that backup job outright.

“I am expecting another 300-yard performance from Fields in much less than 60 minutes, and a truly dominant showing from the No. 3 team in the country all around.”

JD: “Rutgers enters Ohio Stadium as a significant to the unbeaten Buckeyes, who dismantled Penn State just a week ago. The best chance for the Scarlet Knights would be if Ohio State came in riding high off the win and overlooked them, but that will not likely be the case in a shortened season with former defensive coordinator Greg Schiano leading the opponent.

“Ryan Day and his squad will be ready, and that does not bode well for the visitors, who will need to win on third downs and win the turnover battle to compete.

“Rutgers new-look defense has been solid on third downs, allowing conversions on just 32.1 attempts, which is third in the Big Ten. Getting the high-powered Buckeye offense off the field will be critical but a tall task with Ohio State ranking third in the nation, converting 58.1 percent of attempts.

“Turnovers could quickly alter this game, considering Rutgers is tied with Northwestern for the most takeaways in the conference at seven. However, the Buckeyes have turned the ball over just once compared to six giveaways by the Scarlet Knights, which is tied for the second most in the Big Ten.

“Another key for Rutgers will be stopping the run, which has been a strength for Schiano’s team. The Scarlet Knights allow just 2.0 yards per carry for 79.5 rushing yards per game. They have not faced an offense as potent as the Buckeyes, however, who have gained 211.5 of their 508.5 yards per game on the ground.

“Third-down stops, turnovers and rush defense could keep Rutgers in the game longer than expected, but Ohio State is too dynamic overall to allow the Scarlet Knights to be competitive. “

AL: “Since Rutgers joined the Big Ten in 2014, Ohio State has won its six meetings by an average score of 54.5 to 8. I expect nothing different this evening, though the Scarlet Knights have shown improvement through two games under Schiano’s guidance.

“The Buckeyes are simply too talented and should have a five-touchdown lead at halftime, which means we’ll see freshmen Jack Miller and C.J. Stroud for an extended period of time in the second half. It will be interesting to see if either is able to take hold of the backup spot (and presumably get a leg up on next year’s battle to replace Fields) or if they go through some growing pains.

“I’m of the belief that they’re both too talented for either to claim that spot just yet, and they’ll show as much by accounting for two scores before giving way to Gunnar Hoak in the fourth quarter. Yes, folks, this one is going to get as ugly as most people expected last year’s to be.”

PM: “This is such a terrible matchup for Rutgers. That’s obvious, just in the talent differential, but also in scheme. Greg Schiano is famous (or infamous, depending on who you ask) for his all-man coverage, one-gap scheme and that just does not jive with what Ohio State wants to do on offense. It provides far too much freedom for the Buckeye wideouts and will present Justin Fields with massive swaths of land to throw into if the pressure is unable to get home, which it very rarely does against spread systems designed to get the ball out quickly.

“In other words, there’s not any way for Rutgers to get off the field in this game. Ohio State will move the ball at-will and can essentially pick the yardage it wants to gain on every single play. Rutgers’ defense against Ohio State’s offense is not a matchup that anyone should have to watch.

“On the other side, there’s very little to provide optimism for the Scarlet Knights. The situation isn’t quite as dire as it is for the RU defense, but there’s just not much here on the offense. Bo Melton could have a decent day at wide receiver if Ohio State continues with the looks it showed against Penn State, allowing space for slants across the middle while selling out to stop the run, but there’s no good reason to do that against the rushing attack.

“There’s just no positive path here for Rutgers. Maybe it can generate some plays once Ohio State subs the backups in, but with the top players on the field, Rutgers presents very little in the way of resistance for the Buckeyes.”