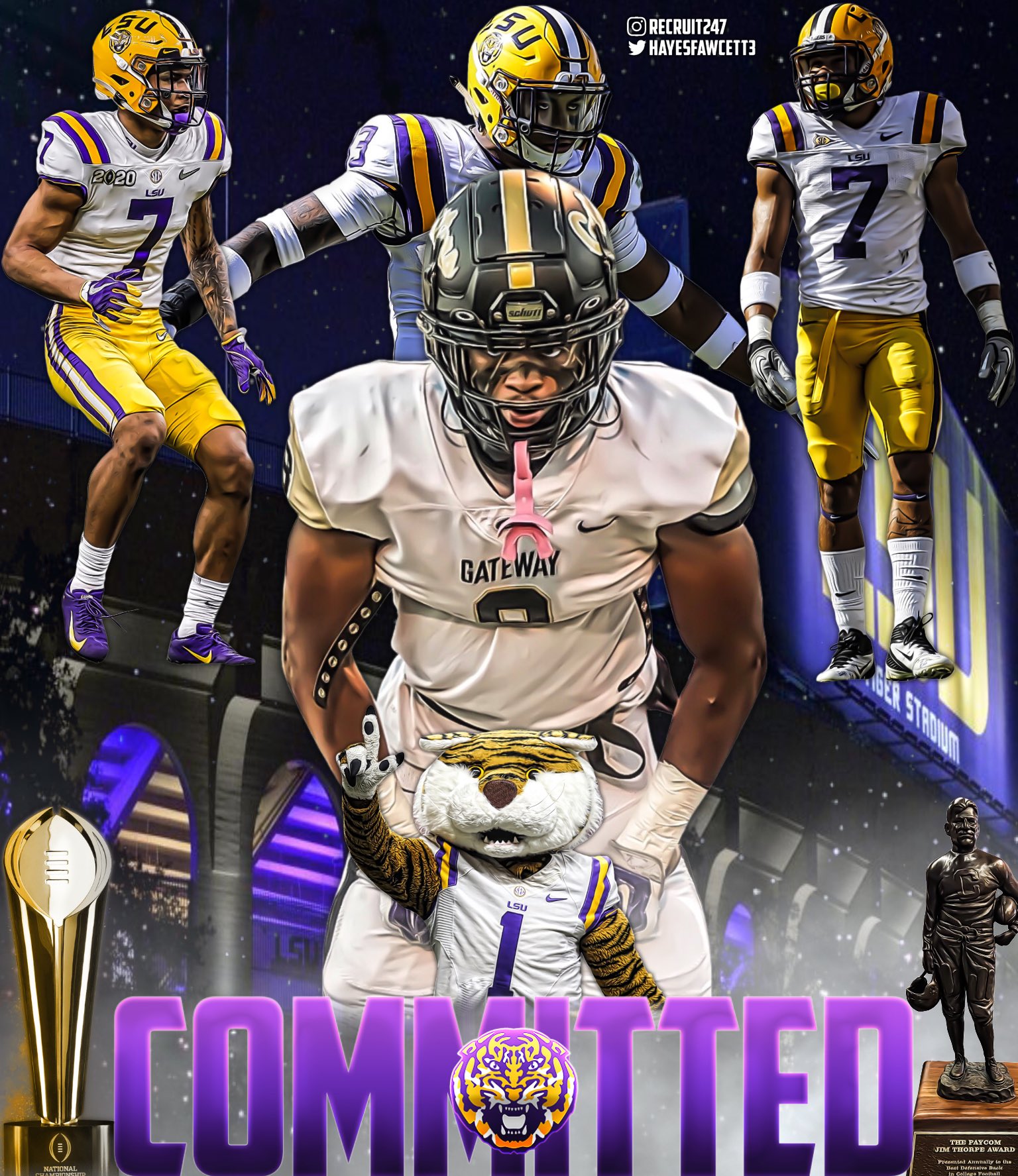 The 6-1, 194-pound Davis – who is considered the second-best safety and No. 53 prospect overall in the class of 2021 – committed to the Tigers after taking just one visit to Baton Rouge over Halloween weekend. He wasn’t able to meet with coaches due to the ongoing recruiting dead period, but built a strong bond with LSU safeties coach Bill Busch from afar.

“I just feel like that is the perfect place for me,” Davis told 247Sports recruiting analyst Brian Dohn. “It reminded me of home. The staff really showed a lot of love toward me and my family. They see me doing a lot of big things for their team, for their program.”

Davis made more than a half-dozen trips to Ohio State since former co-defensive coordinator Alex Grinch in February 2018. And while he kept things rather close to the vest throughout the process, his most recent trip to Columbus for the commit-led Buckeye Bash on Oct. 24 seemingly put the Buckeyes at the forefront of his recruitment late.

That lead, if there ever was one, evaporated rather quickly with the visit to LSU the following weekend. And now he’ll team up with Lafayette (La.) Christian Academy five-star Sage Ryan, the nation’s top-rated safety who committed to the Tigers while Davis was in Baton Rouge.

Last but not least, Davis’ decision is especially crushing for Penn State, which has seen nine of the top 10 prospects in the state of Pennsylvania commit elsewhere. That includes a pair of Ohio State commits in Philadelphia St. Joseph’s Prep five-star quarterback Kyle McCord and four-star wide receiver Marvin Harrison.