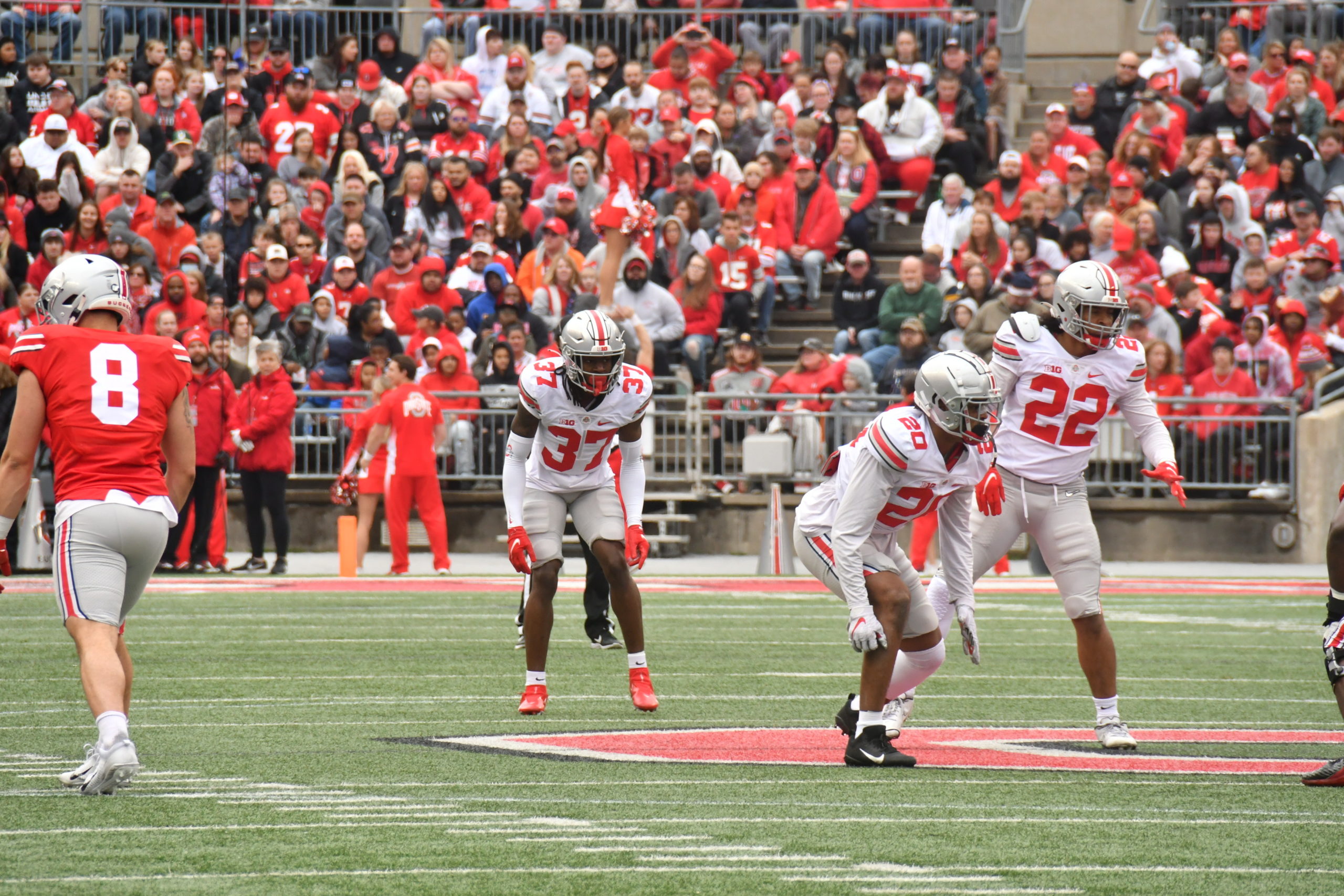 Chase Brown, BSB: Evan Pryor auditioned with Miyan Williams for the backup to rising star TreVeyon Henderson next season, and he made a solid case to fill that role for the Buckeyes. While Williams looked strong in a 15-carry, 101-yard performance, Pryor displayed his versatility, significantly impacting the team on the ground and through the air.

Pryor carried the football nine times for 62 yards and a touchdown in the spring game. He also caught four passes for 44 yards from quarterbacks C.J. Stroud, Kyle McCord and Devin Brown. The former four-star from Cornelius (N.C.) William Amos High School can be a complementary change-of-pace back for Henderson in the future. He’ll need more showings like this to make that a reality. For now, he gets my Buckeye Leaf for a stat-stuffing afternoon in Columbus.

Patrick Mayhorn, BSB: It’s hard to pull much of anything from a spring game without feeling a little silly about it, especially on the side of the ball so severely kneecapped by the tackling rules, but early enrollee safety Kye Stokes impressed regardless of the limited defensive freedom. The four-star athlete out of Seffner (Fla.) Armwood has earned praise throughout the spring for his athleticism and ability as a fast learner, and he showed why in Ohio Stadium.

Lining up all over the field in defensive coordinator Jim Knowles’ trio of safety spots, Stokes racked up 10 tackles and broke up a pair of passes, but his impact went beyond the counting stats. It seemed that his name was being called all day, impressing both in coverage and as a tackler. He’ll have quite a bit more to prove when the opposing offense is representing a different school than his own and when half of the plays aren’t blown dead at contact, but he looked every bit the budding contributor he’s been touted as since his January arrival in Ohio State’s final practice of the spring.

Braden Moles, BSB: Ohio State’s defense stood little chance in the spring game – partly due to the offensive firepower as well as the format that favors the offense – but one of the stars was sophomore defensive end J.T. Tuimoloau. Tuimoloau finished the exhibition with two sacks and came off the edge with ease, establishing his continued rise and likely starting role heading into just his second season.

Despite being on campus for less than a year, he’s primed to break out on Ohio State’s defensive line where the Buckeyes have needed someone to stand out since the departure of defensive end Chase Young, who was also on hand for the spring game along with several former teammates. If Tuimoloau’s performance in the spring game was any indication, he’s ready to take that next step.