Buckeye Defenders Liking What They See From DC Jim Knowles 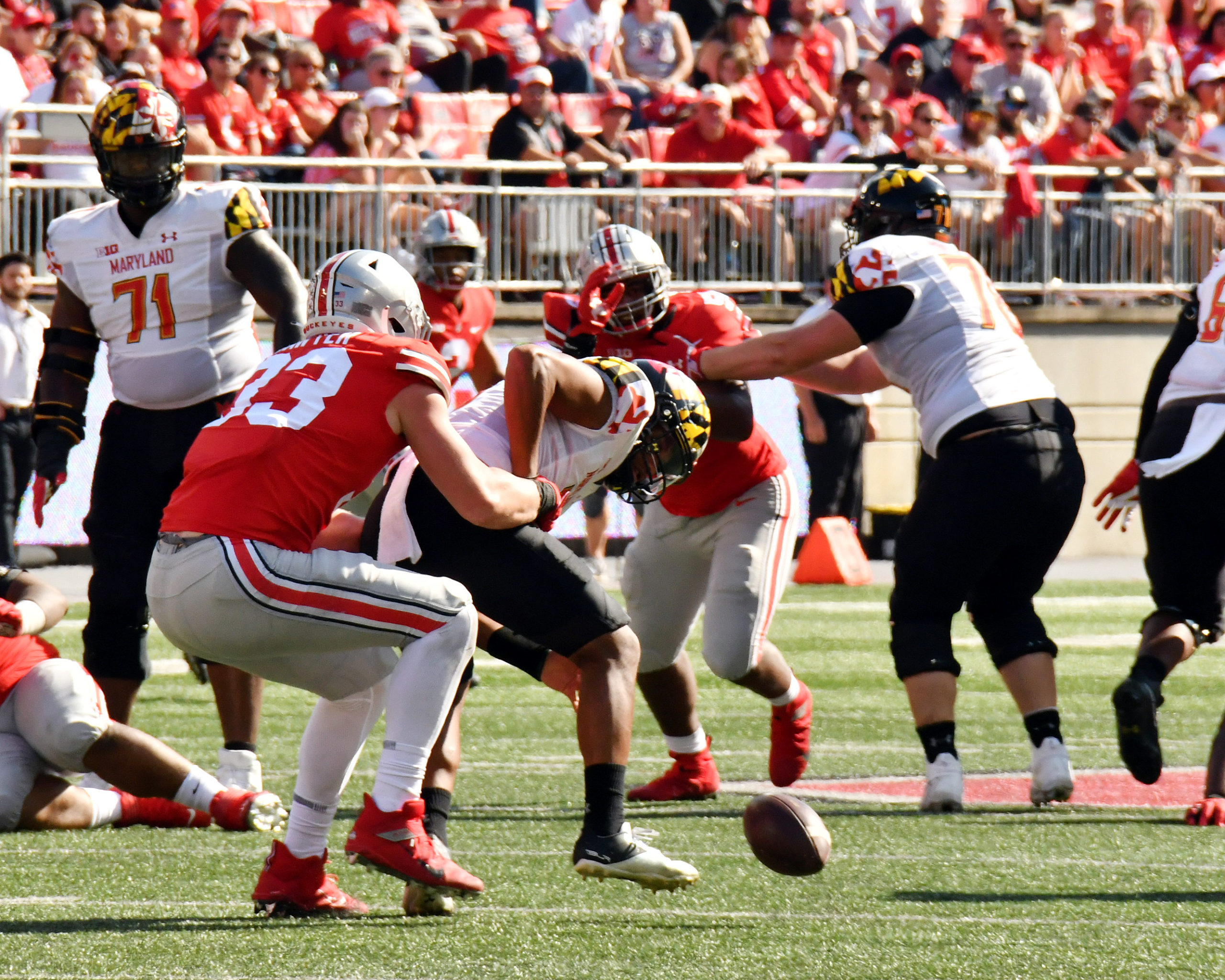 Ryan Day has been clear from the start that new defensive coordinator Jim Knowles, hired away from Oklahoma State and slated to open his Ohio State tenure on Jan. 2, isn’t going to turn the Buckeye defense upside down. Day has made a point of noting – on several occasions – that Knowles’ background is in the 4-2-5, Ohio State’s current base defense, and that a lot of his terminology and personnel deployment is similar to what Ohio State has used under Day’s guidance.

Especially given what the Buckeyes showed in the back half of the 2021 season under Matt Barnes as the interim play-caller, with one true deep safety but a second comfortable shifting into the deep section of the field whenever needed. Knowles may be more diverse and aggressive in his blitz schemes and his usage of the two-high safety, and he may have a little bit different phrases and requirements for specific positions, but Day has repeatedly pitched over the past few seasons that the idea is not to reinvent the wheel with Ohio State’s defense, rather, the goal is to tune it up.

“Jim will have his own flavor to things and what he sees in talent, but schematically we’re looking for the same type of players,” said Day. “Jim certainly didn’t have an opportunity to recruit through a whole calendar year with this class right here. But in terms of the four down (linemen) and two linebackers, and having that outside guy who can play nickel or bringing in a bigger guy against bigger personnel, and then four DBs in the game. So kind of a 4-2-5, like we’ve been working towards.”

However, within those differences in approach are quite a few details. Chief among them is Knowles’ utilization of the Leo position, which is a defensive end who has the freedom to stand up on the edge or even work elsewhere within the defense, depending on what the offense is showing. It’s a bit of a defensive end/linebacker hybrid, and it has the attention of at least one current Buckeye.

“The Leo is definitely intriguing for a guy like me who has played everywhere growing up, played linebacker the majority of my life until high school,” freshman defensive end Jack Sawyer said. “I like how he stands that position up and backs him off the ball, it’s intriguing for a guy like me, who likes to play in space. It looks pretty cool, I’m not going to lie. I think I’m pretty good in coverage, or at least I like to say that.”

The true freshman out of Pickerington is encouraged in general by what he saw from Oklahoma State this season, though he, like many of his teammates, said that he’s yet to have the chance to really dive into the film of the Pokes.

“I have watched Oklahoma State,” Sawyer said. “What stood out to me is that they’re always attacking, which I like. They’re always bringing a couple of guys, always attacking the offense instead of playing on their heels. Hopefully, we do some of that. I think they led the country in sacks this year. Coach Knowles obviously knows what he’s doing and I’m excited to get to talk to him.”

Others, when speaking to media in mid-December, were a bit blunter about their familiarity with their soon-to-be-new coach. Freshman Denzel Burke said that he had yet to speak to him, but that he was excited about the prospects of learning more.

“I haven’t talked to him but I’m excited to meet him, I’ve heard he’s a good guy, good coach. Honestly, I don’t even know (what the defense looks like), I’m hoping to find out for myself,” Burke joked. “I’m still young, still adapting to how football works, schemes, and stuff like that. I want to learn from him and see where it goes.”

Junior defensive end Zach Harrison, another potential Leo candidate, is even going to wait to sit down with Knowles before making a decision regarding his future prospects. A likely mid-round draft pick if he turns pro, Harrison could have the opportunity to raise his stock in a defense that he feels fits him, but that deliberation is still in flux.

“I’d love to sit down with coach Knowles and see what this new defense looks like and how ends play,” Harrison said. “That’ll definitely factor into my decision. I looked briefly, watched some highlights but I haven’t broken down the film.”

Shortly after, those players did finally get to chat with their next leader on a lengthy zoom call.

“Jim spoke with a bunch of them, and anybody who had any questions, he was there for them,” Day said. “The structure of what we’re going to do isn’t going to make a huge difference, but also with a lot of those guys, we encouraged them to watch the film at Oklahoma State and see how they’re doing things and ask questions.”

The next step? Actually getting Knowles onto campus, and getting him into the room with his new players – many of whom may see their role shift in the coming months as they adjust to Ohio State’s fourth full-time defensive coordinator in five seasons, and fifth if counting Barnes. That is, after the Rose Bowl.

“We’re going to start fresh on (Jan. 2),” Day said. “He is going to come for a couple of days and get a lay of the land, meet with a few folks. I don’t think it’s the right thing to do to have him at a practice. Our staff is intact right now and we’re going to do a great job playing in the Rose Bowl. But we want to get him here for a couple of days, just kind of get the lay of the land, and then we’ll start fresh on the 2nd.”