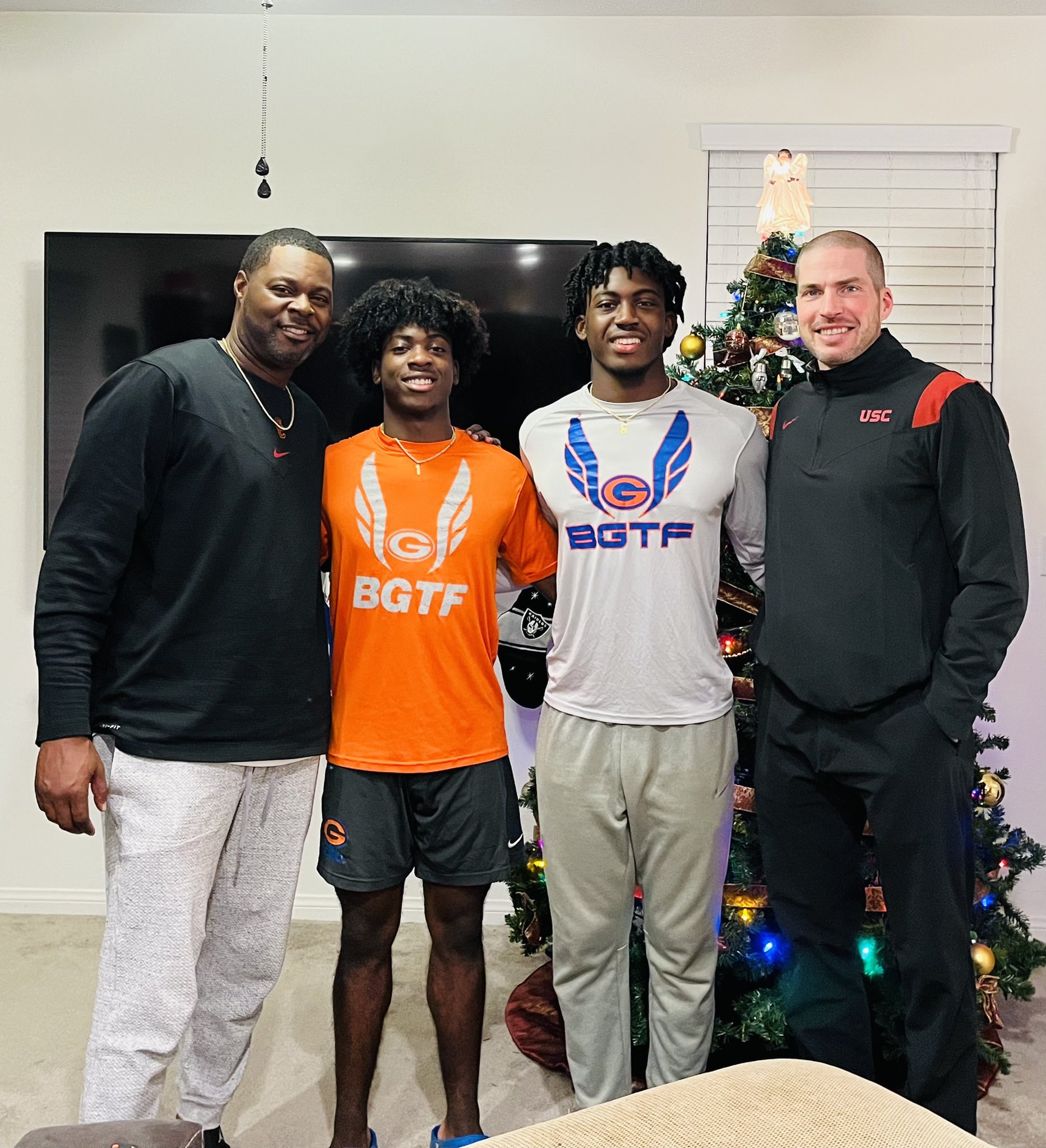 Though it was all-but confirmed following 2022 four-star safety Zion Branch’s commitment to USC, 2023 five-star wide receiver Zachariah Branch has made his commitment to the Trojans official on Christmas Eve, following his brother to join new head coach Lincoln Riley.

Zachariah, out of Las Vegas (Nev.) Bishop Gorman High School, is rated as the No. 14 overall prospect in 2023 and the No. 2 wide receiver in his class, according to the 247Sports composite. He chose the Trojans over his other finalists, including Alabama, Ohio State and Oklahoma.

“I feel like USC was always home for me and I feel more than comfortable with my decision,” Branch told 247Sports. “I definitely see things there are about to change. The culture, the energy, the vibe is different and you can feel it being around the staff, the new coaches and the players. You can just tell a different switch has turned on.”

He had yet to take any official visits with over a year remaining before he needed to make a decision, but he had taken unofficial trips to Ohio State on Oct. 30 and USC on Nov. 20, though it was done before Riley’s hiring.

The Buckeyes appeared to be leading in his recruitment during a tumultuous period at USC following Helton’s firing, but the Trojans took important steps in recent weeks after Riley’s hiring, including an in-home visit on Dec. 1, to secure both brothers.

While Branch is a significant target off the board for Ohio State, it is still in on Bradenton (Fla.) IMG Academy five-star wide receiver Carnell Tate, who’s recruitment is expected to come down to the Buckeyes and Notre Dame. He’s rated as the No. 20 overall prospect in 2023 and the third-best wide receiver.

Ohio State could also be in position to make up ground in the recruitment of Fort Lauderdale (Fla.) American Heritage five-star wide receiver Brandon Inniss, who decommitted from Oklahoma following Riley’s departure. He’s the No. 1 wide receiver in 2023, and the No. 9 overall prospect.