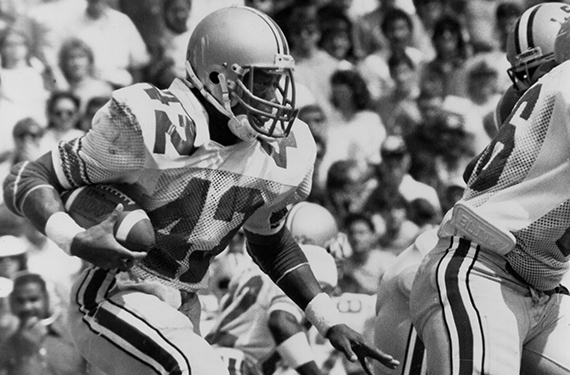 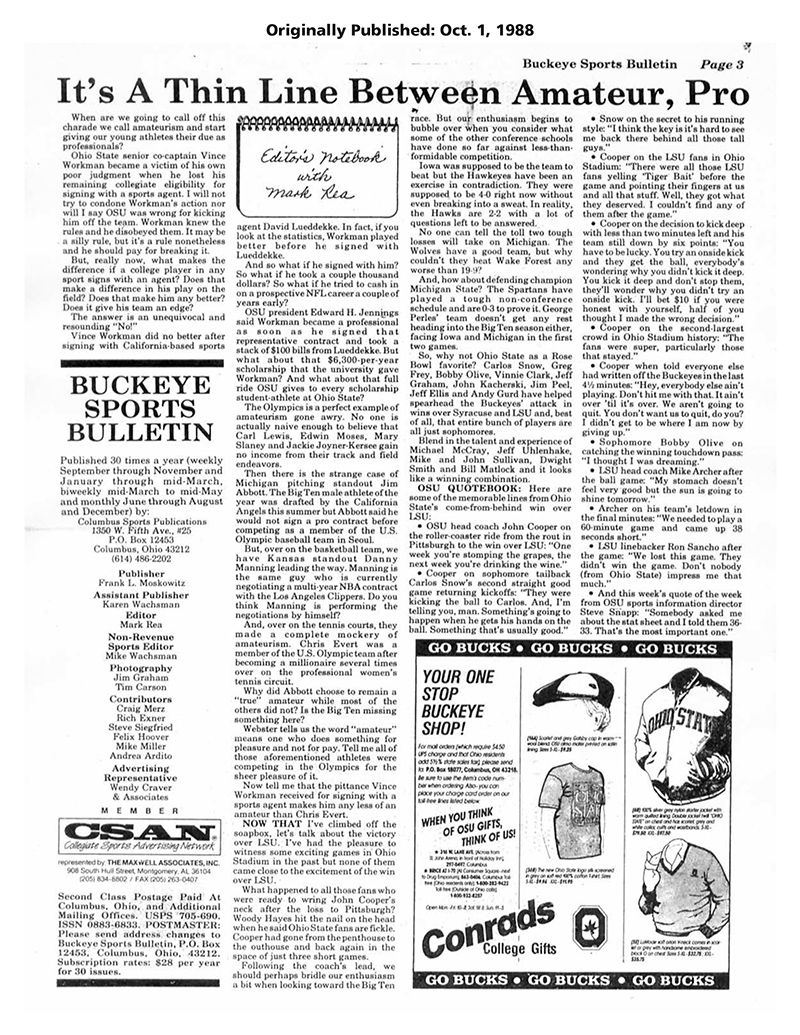 The Scarlet and Gray took a 14-3 lead on a blocked punt return touchdown by Michael McCray in the second quarter, but the Tigers rallied back in the second half and held a commanding 33-20 lead with just 4:29 left.

Led by quarterback Greg Frey, the Buckeyes scored 16 points in the final 4:29 to defeat LSU in thrilling fashion, marking a bright spot on an otherwise underwhelming season.

This installment of BSB Reprints includes our in-depth coverage of Ohio State’s upset of LSU in 1988, with stories from the game and subsequent columns, as well as additional stories on Vince Workman being declared ineligible for dealings with an agent.