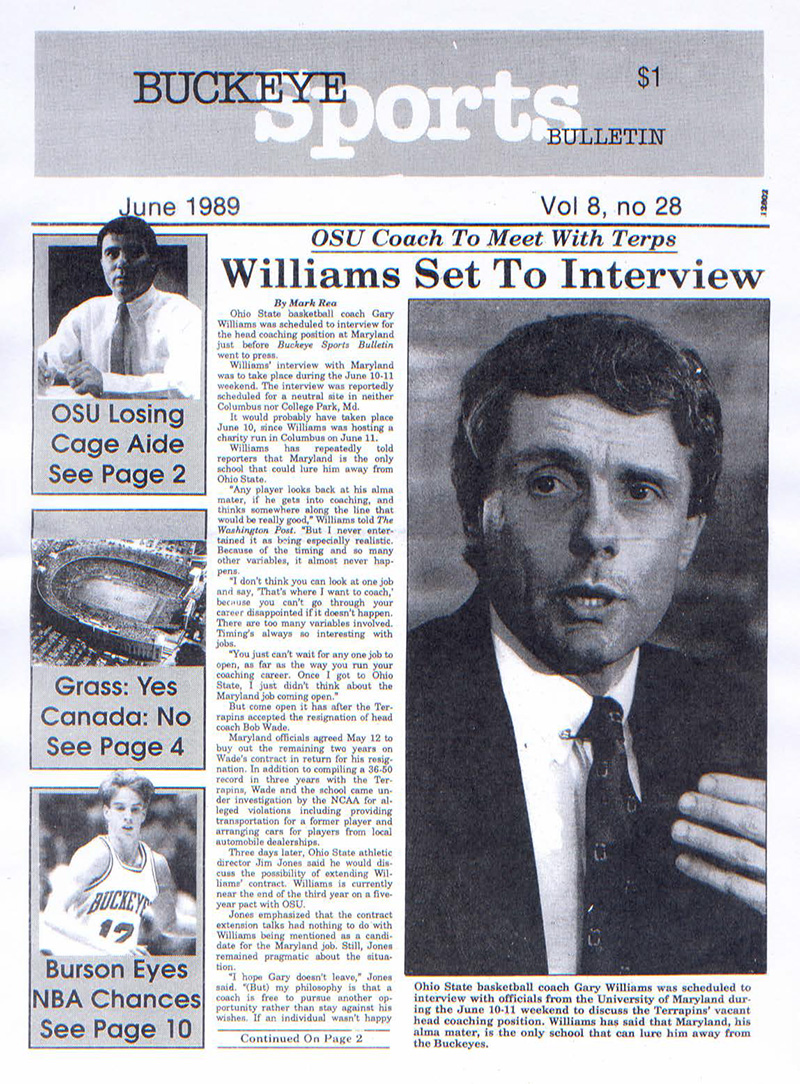 After he finished his third season at the helm for the Buckeyes, Williams was set to interview with the Terrapins the weekend of June 10-11.

For the latest installment of BSB Reprints, we look back at the tough decision Williams faced as he contemplated his future in Columbus with an opportunity to lead his alma mater, where he played point guard from 1964-67.